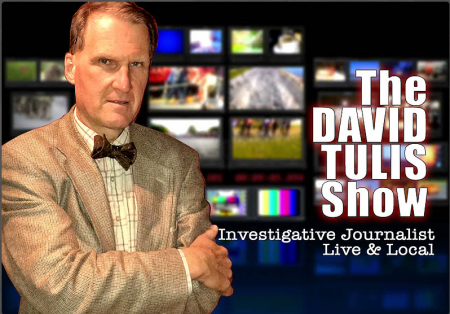 (Nov. 9, 2018) — On Thursday afternoon, The Post & Email’s editor was a guest on the “Nooganomics” radio show hosted by David Tulis to discuss a letter sent by Tennessee Department of Correction (TDOC) inmate Grenda Ray Harmer, #88710, to Gov. Bill Haslam regarding conditions within the protective custody (PC) unit of the Morgan County Correctional Complex (MCCX) in Wartburg.

A frequent and copious writer, Harmer has been describing to this publication the conditions, treatment, food service, and conduct of correction officers in each of the facilities in which he has been housed for approximately the last two years. He has been serving a 25-year sentence for serious crimes and was formerly an Indiana state prisoner.

Harmer corresponds with Tulis and other members of the media as well as state representatives and senators, TDOC Commissioner Tony Parker, and MCCX Warden Mike Parris.

When he began his correspondence with us in October 2016, Harmer was housed at the Trousdale Turner Correctional Center (TTCC).  In April 2017, he was relocated briefly to the South Central Correctional Facility (SCCF). Both facilities are operated by private prison corporation CoreCivic.  In early June 2017, he was transferred to MCCX, a state-run prison, where he said he immediately encountered theft of his personal property for no justifiable reason.

Harmer was placed in protective custody on August 1, 2017, after an inmate known to be affiliated with a gang threatened him with a knife. Harmer believes that staff “orchestrated” the incident so as to facilitate his placement in PC, which restricts inmates’ movements and activities more than if they remained in general population.

In July, Harmer reported that gang members alternately became his roommates in PC, prompting him to file additional grievances until each inmate was relocated.

In his November 1, 2018 letter to Haslam, Harmer asks why the square footage of his cell does not comport with the standards set by the American Correctional Association (ACA). As he has on many other occasions, he also questioned why PC inmates are forced to stay in their cells for what he says is “22 hours per day.”

Harmer claims that no “legitimate penalogical objective” exists for the extent of his and others’ confinement in PC. He also cites the TDOC’s failure to see, according to its own policy, that he is moved to another facility where he can reside in general population.

Having written to Haslam, who will be leaving office in early January, on dozens of occasions, Harmer has never indicated receipt of a response. Likewise, to the best of our knowledge, neither Warden Parris nor Commissioner Parker has provided Harmer a response to his stated grievances, many of which involve security within the PC unit and the introduction of contraband which he said he has witnessed.

Toward the end of the interview, Tulis invoked The Post & Email’s reportage on Tennessee grand juries, whose foremen are “hand-picked” by criminal court judges in violation of TCA 22-2-314. We further explained that a judge who personally selects the foreman from outside of the jury pool, which is mandated to be chosen randomly by computer and then screened for conflicts of interest and other disqualifiers, taints the entire process by which either indictments or “No True Bills” are issued by the grand jury.

As we have reported, many Tennessee grand jury foremen serve or have served for multiple consecutive terms or even decades at the pleasure of the judge, rendering him or her a government employee.

A seasoned journalist formerly of The Chattanooga Times Free Press, Tulis’s website focuses on free markets, local issues and constitutional violations.  His radio show can be heard daily from 1:00 to 3:00 p.m. ET here. 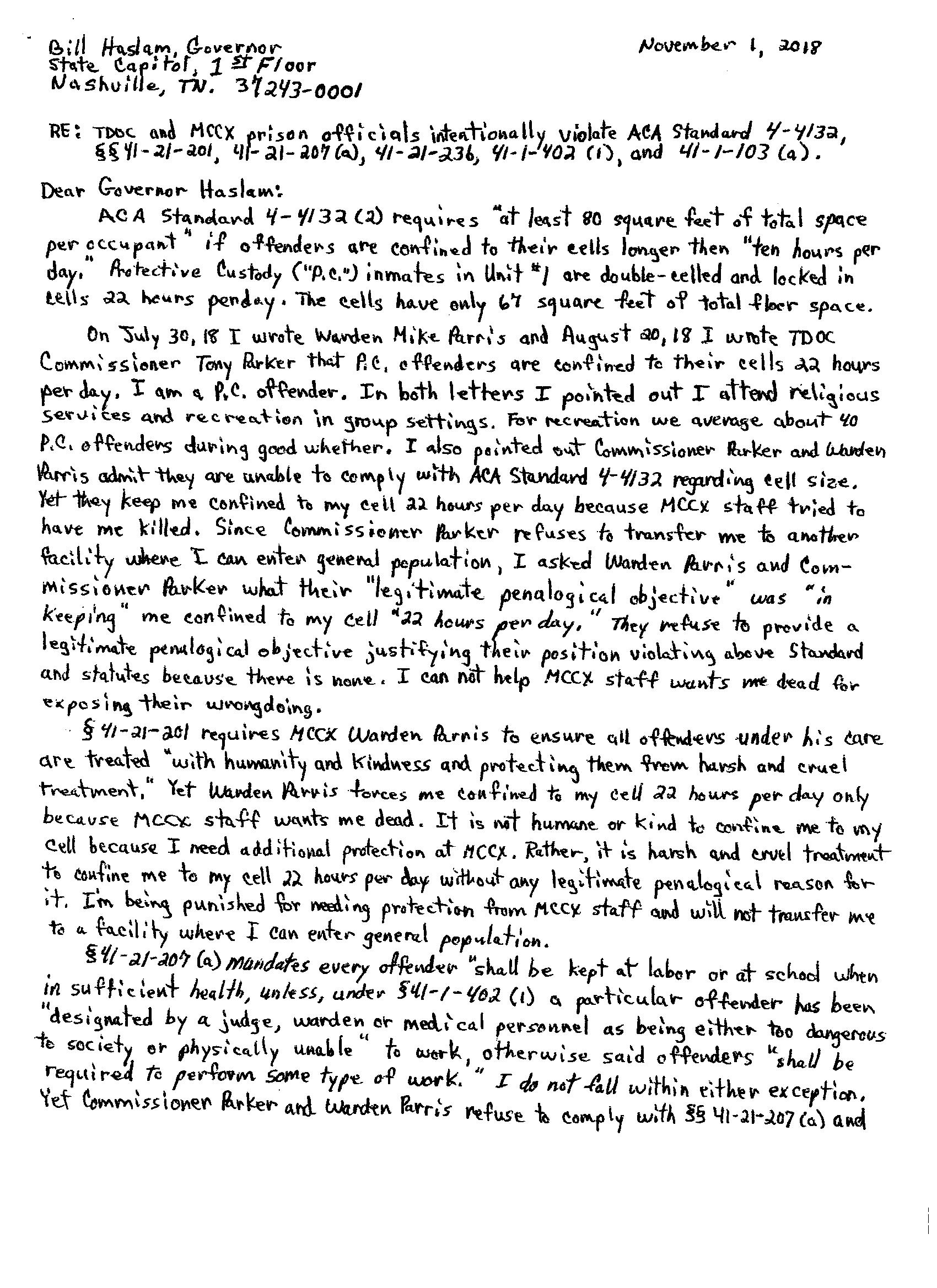 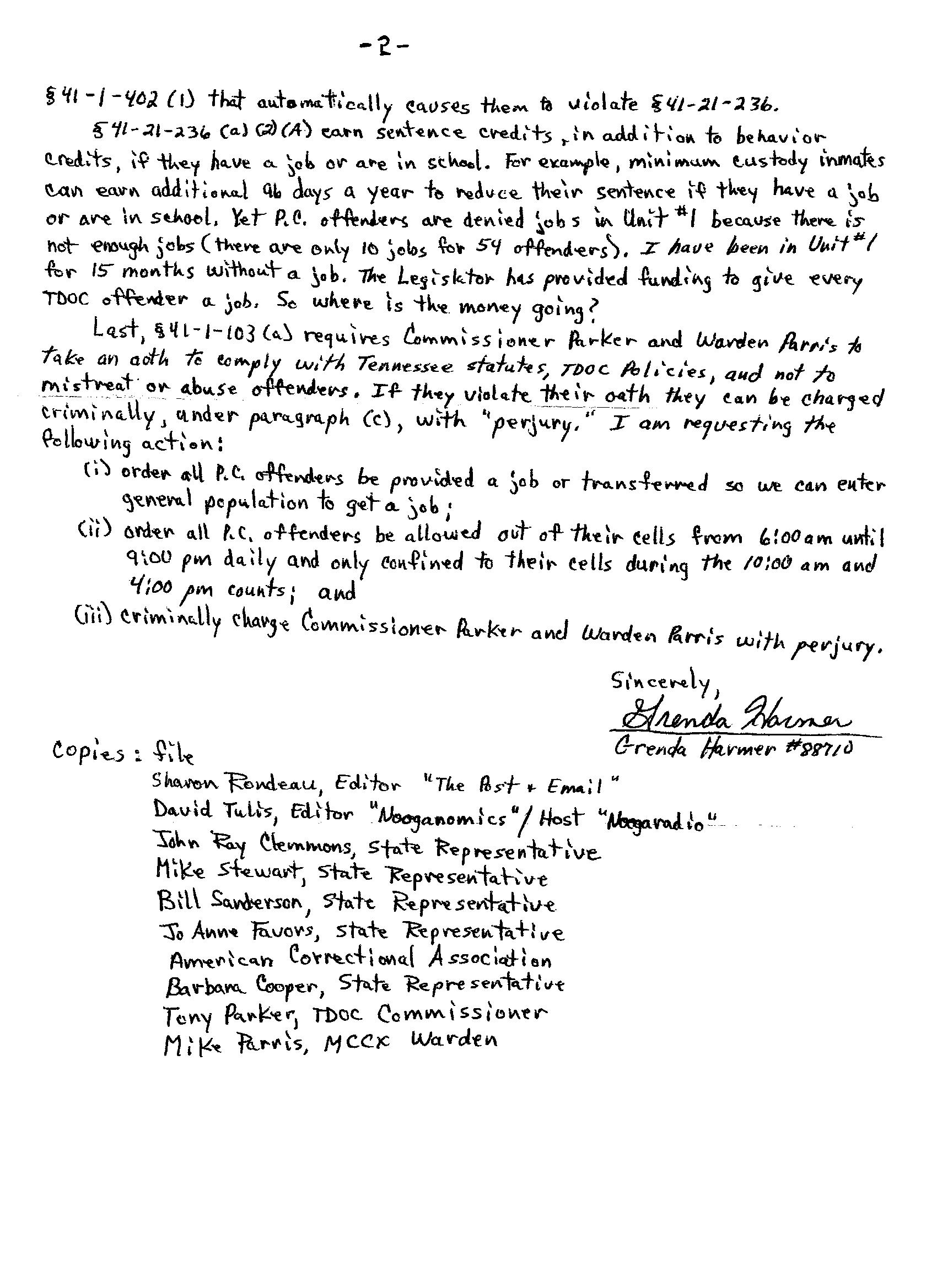