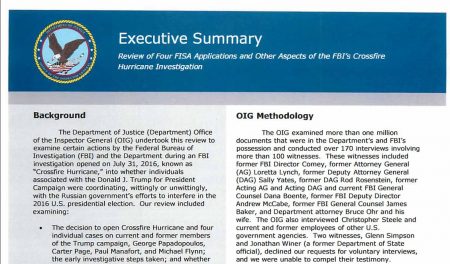 (Dec. 9, 2019) — “Good evening, ladies and gentlemen, and welcome to the most entertaining news show in its time slot, ‘The Pulse of the Nation.’ This week’s award for the ‘Most Stupid Utterance’ goes to a previous (multiple) winner, Nancy Pelosi. Somehow being a good Catholic and supporting early, middle, late and after-birth abortion doesn’t fit. By the way, since when did killing a baby after birth become an abortion and not premeditated murder? Somehow I missed that; maybe someone will comment. Anyway, we’re back on our corner about to ambush this young lady. Excuse me, fellow human being; care to be interviewed on live TV? Roving here for ‘Pulse.’”

“See, I knew you were from California. Now try again.”

“Excuse me, foxy lady, care to be interviewed on live TV? Roving for ‘Pulse,’ the ever-popular TV information show, voted the most enjoyable in its time slot for the past six years?”

“Well, she’s right: I was born in California but moved when I was like three and then when I was in the military I was stationed all over the state; moved back when I got married but the wife cheated so I left and that’s that. Excuse me, sir, care to give us your name and tell us what’s bugging you these days?”

“Sure thing, Roving. Name is Gino and my pet peeve is the money that’s being wasted on college students. Think about it: parents send their kids away to get educated and they come home flaming idiots. And I want to say one more thing, if I may?”

“Our country is going downhill, thanks to the millions who voted for Obama and then Hillary, and then there’s your Cortezes, Omars, Schiffs and all the other trash. All you got to do is break it down to one fact: teaching the inner-city kids to read and write. The Democrats are supported by the Teachers’ Union who want to keep the status quo, while the others support charter schools where the kids aren’t subjected to government-required texts that push Islam down the kids’ throats. No wonder why so many are bonkers.”

“There have been a lot of questions aimed at the motives of the socialist teachers and professors.”

“See you around. Let’s take a break.”

“With us now is Mr. Jones who is a retiree from the FBI, is that correct?”

“Yes, but let’s not use my name; I’m afraid they’ll mess with my retirement checks.”

“So how long were you with the FBI and what did you do?”

“Twenty years and I didn’t do that much; I mean, after all, we are talking about a government job.”

“Yes, we are, aren’t we? So let me ask you this: what about this Inspector General Report on FBI and DOJ actions during the 2016 election?”

“Well, I’ll tell you what, Roving. They spent years and, what, twenty-five million or so on the Russian Collusion hoax, so what makes you think this is any different? What do you expect when you hire the fox to guard the chicken coop? Come on, now, Roving, get real.”

“So Hillary isn’t going to jail?”

“No, none of them are. Obama and Holder and Lynch aren’t even ever going to be arrested for breaking the law, and you know why?”

“Because they’re above the law, that’s why. If we did the stuff they did, we’d be in prison for a long, long time.”

“Never. You see, we live in a two-tiered system: one for the people who go to jail and another one for those who will never go to jail; it’s as simple as that. Look, if you had a hundred million or so in some offshore bank account, you better believe that you would hire the best mouthpiece you could afford.”

“Attorney. You want justice, you pay for it; if you want a lot of justice, pay more. It’s the way of the world and forget laws and the Constitution.”

“So the guys and gals who sacrificed for our country, what about them?”

“Look, I hate to say it, but they were used. Do you think that Adam Schiff or Pelosi gives a hoot about the Constitution? Is Bremner going to jail? Are any of the college professors going to get fired for lying on their application or for pushing socialism? No, not a one, so now explain to me why some sorry soldier or sailor got maimed or killed for, what, so that the crooks can steal with impunity?”

“It sure as heck looks that way, doesn’t it, especially with Hillary not giving a hoot about Ambassador Chris Stevens’ murder, or stopping the cavalry attempting to save him.”

“Now you’re beginning to understand why Hillary will never go to jail. And here’s my train. Bye.”

“Bye, and with that, on behalf of the crew, I’ll be wishing all of you a goodnight: Goodnight.

[Meanwhile, how much time does the FBI need to cover up the Muslim massacre in Las Vegas?]