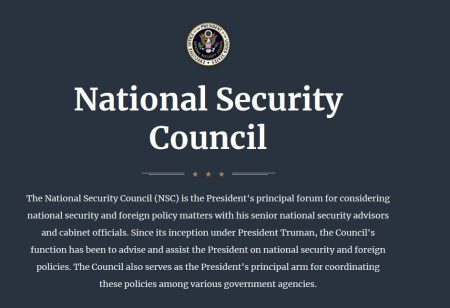 (Oct. 30, 2019) — In his opening statement on Wednesday night, “Hannity” host Sean Hannity said that investigative reporter Paul Sperry has reported that he has discovered the identity of the intelligence-community “whistleblower” who filed a complaint about President Trump’s July 25, 2019 phone call with Ukrainian president Volodymyr Zelenskiy which appeared to spark an “impeachment inquiry” by the U.S. House of Representatives.

Sperry writes for realclearinvestigations.com and has issued an article titled, “How ‘Whistleblower’ May Be Outed: Ties to Biden, Brennan, Schiff’s Staff, Etc.”

Hannity could not confirm the identity of the person independently, he said, but will pursue more information about the individual’s intent and any political ties he or she might have.  However, he mentioned the name “John Brennan,” which continues to be raised in association with the Russia “collusion” narrative which falsely implicated Trump and his campaign in coordinating with the Kremlin in 2016 to win the election.

Hannity called Brennan the whistleblower’s “former boss.”  “We need to know if the tools of our intelligence community were once again weaponized and turned against the President of the United State of America.  We need to know if high-ranking Obama officials were yet again involved in an effort to overturn the will of the people, an election,” Hannity said.  He said the identity and “agenda” of the whistleblower must be ascertained.

It has already been reported that the “whistleblower” had ties to a current Democrat presidential candidate, Joe Biden, when he was Obama’s putative vice president and the complainant served on the National Security Council.

If Sperry’s numerous allegations are accurate, Hannity said, the revelations are explosive and may demonstrate that the “whistleblower” is a “Deep-State operative” seeking to inflict political harm on Trump.

Continuing his “opening monologue,” Hannity said that House Intelligence Committee Chairman Adam Schiff, who is currently leading the “impeachment inquiry,” is “the single most corrupt, the biggest liar in Washington, DC.”

A resolution to continue the inquiry is scheduled to take place in the House on Thursday in a process which Republicans, who are in the minority, say is flawed, lacks due process, and bars them from asking questions of witnesses if Schiff so decides.

On Wednesday Sperry called the whistleblower’s identity “an open secret” in the nation’s capital.  In his five-page complaint, replete with footnotes and legal language, the whistleblower admitted that the information he related was gleaned second-hand from various unnamed government “officials.”

According to Sperry, Biden “invited” the individual, along with Brennan; Obama’s Director of National Intelligence, James Clapper; and former FBI Director James Comey to a “state luncheon” with an “Italian premier.”

Later in the program, Rep. Matt Gaetz (R-FL1) accused Schiff of “colluding with the whistleblower.”  Schiff initially said on a news program that he had not met with the whistleblower but “would like to” but admitted days later that his staff had spoken with him or her prior to the complaint becoming public.