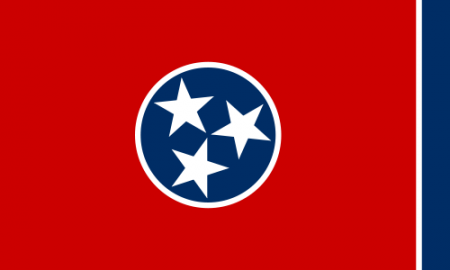 (Oct. 28, 2019) — In Part 1 of this series, in an October 20 interview, former Tennessee inmate Andrew Ewing began to tell the story of the quarter-century he spent in Tennessee prisons after engaging in a physical altercation at the scene of a murder in which he played no role.  He attributed the “felony murder statute,” sometimes known as a “doctrine,” and the “Violent Crime Control and Law Enforcement Act of 1994” for his lengthy prison stay, which was his first.

He continued the discussion with, “You can have six defendants on a case, and one guy can just be sitting in a car not knowing what’s going on. A simple example:  somebody goes in the store and robs the store and somebody gets killed.  Right now, that guy who drove the car is just as guilty as all of them.  What we need is a ‘common sense’ statute, but we don’t have it.  The felony murder statute needs to be redone.  That’s the area that needs to be targeted.”

Ewing said that the Tennessee Board of Parole‘s evaluations of parole requests is inconsistent with sentencing guidelines and stated end dates. “The fact that you do a certain amount of time in the prison system and they’re not honoring the percentages under the guidelines and the statutes” requires reform in the way of standardization, he said.  “I have documents showing that a lot of them don’t even know how to interpret the percentages that they have in the state of Tennessee,” he said.

“It seems very arbitrary based on the letters I’ve received from a number of inmates who say they have done 100% of their sentences and still haven’t been granted parole,” The Post & Email commented.

“There is an enormous amount of guys in prison like that,” Ewing responded.  “We have the judge, lawyers and counselors in the prison system who say they don’t know how to break down the sentencing guidelines and when we’re supposed to be released.  What we need is truth in sentencing, where it’s set up so that when you go to prison, you know exactly what day you’re getting out.  If you do 30 days in the hole, and your release date is November 30, they should be able to simply add 30 days to that release date.  But they don’t have that in Tennessee.”

[Editor’s Note: “The hole” refers to a segregated area of the prison normally used for punitive reasons.]

“Right now this is my passion, this is my goal, and I have documents that will absolutely blow you away,” Ewing told us.  “As time goes by, I would like to provide you with documents that will give you more clarity on everything.  Not only that; I’m working now, and readjusting; my biggest problem is technology.  Everything else is pretty-much a cakewalk; it’s getting acclimated as to how to use the phone, how to use the computer system…”

The P&E:  It’s been 25 years.  Did you get any opportunity to use technology at all while in prison?

Mr. Ewing:  No, ma’am.  I’m self-taught. That’s another problem.  The lack of education, the lack of of tools that you have in the prison is another one of the areas I can target, where I think I can give insight about what needs to be addressed.  At some point in time, I’m looking forward to possibly getting with the governor.  I don’t know when, but that’s one of my desires. This program I’m, he supports it. I have about eight or nine months before I graduate from this program, and I would like to keep you in the loop so that way you can be a part of the success story that I’m working on.

My goal and my desire is to be a success story for the State of Tennessee, and I want to show them that an African-American man can come out of prison and be successful and be important to the community as well as the church community.  I want to create a new narrative instead of the narrative that society always creates, that an ex-con who just got out of prison will go right back. This was my first time going to prison, so they threw the book at me.

Here’s the crazy part of this; This is really going to blow you away.  My cellie — I talk to him every other Sunday, and his wife calls me on a regular basis; we’re like family.  He’s in prison right now getting ready to get out, and he shot a man point-blank 11, 12, 13 times.  Guess how much time he got?

Mr. Ewing:  I got 25 to life for killing nobody.  That’s the problem we have in Tennessee.  He had empathy for me, and he said, “That’ ain’t fair. I told them I killed this man.” So he owned it. So how is it that you have a case where this man emptied a clip on somebody, shoots them point-blank, and here I am; I killed nobody and did a quarter of a century? It’s a narrative that needs to be conveyed to society and that doesn’t make sense; it defies human logic.

Mr. Ewing: Here’s what happened:  if you know certain people and you’re financially secure, there’s a different result. And he’s not the only case; there are many more cases like that.  So that’s the problem with the system. The system is being bought, and part of the corruption is who you know and financial means.  Had I known the people I know now, my results would have been a lot more favorable.

This statute is targeting people who are poor, of no means. How many rich people do you know serving life in prison?  That’s what the statute is targeting: the poor people,, and the poor people don’t have a chance.  This is my goal, this is my desire, and this is what I look forward to doing. I want you to give you clarity on my situation and send you all the documents, and I believe in my heart that you will have more clarity and confidence that this may be the case that you might want to use as a platform about the injustice that’s going on in the State of Tennessee.

Mr. Ewing:  I got out July 23; I’ve been out a little over 90 days. I work every chance I get and I’m there for my kids and my grandkids and am supporting them mentally, emotionally, and financially.  I had to get some affairs in order before I could visit my family members.  That’s another unfair thing the system has done to me; after incarcerating me for over a quarter of a century, everything I do I have to get permission for, so I’m still actually in prison. And my only role was I got in a fight with a young man who’s still alive.  It doesn’t add up. There’s nothing proud about this thing I’m going through.  But I would love the opportunity to be a spokesman for this situation because I’m passionate about it.

The P&E:  I understand Gov. Lee campaigned on a platform of criminal justice reform.

Mr. Ewing:  He’s a great man.  I just focus on the heart.  If the heart is in the right place, then everything else is going to line up.

The P&E:  What do you think of Trump’s First Step Act?

Mr. Ewing:   I’m actually proud of him.  He took the bull by the horns and he owned it. When he said everybody deserves a second chance, I agree with that.  I support what he did.  To be honest, if I had been out, I probably would have voted for him.  I don’t care about what he’s doing in his personal life; I’m more concerned about a president whose policies are going to allow me to live the American dream. So I’m not a traditional Democrat; I’m for the president who has good policies so I can live and provide for my family.  That’s what I focus on.  For me, I support what our president is doing on prison reform and the “second-chance” act.