WHEN DID TRUMP LEARN OF THE “DOSSIER?” 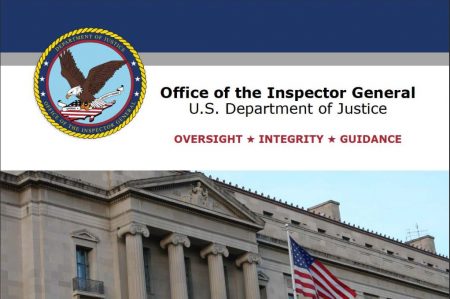 The IG report was a scathing rebuke of Comey’s conduct after he was fired on May 9, 2017 as a result of his taking four of the memos home and keeping them in a personal safe without permission, which by FBI and DOJ policy he should have sought.

An earlier report described Comey as “insubordinate” stemming from his July 5, 2016solo press conference, during which he stated, after reciting a litany of alleged improper actions on the part of former Secretary of State and Democratic presidential candidate Hillary Clinton, that the FBI would not recommend to the Justice Department that she be criminally prosecuted for her mishandling of classified information.

When FBI agents were dispatched to Comey’s home to dismantle his FBI-approved SCIF and retrieve government property, Comey did not mention that four of the memos were in his safe, nor that he had sent them electronically to three attorneys he retained in the wake of his termination, the report states.

After the FBI discovered the existence of the memos, agents reviewed them for classification level, designating four as containing classified information (p. 4), according to the report.

“Comey also believed that Memo 3 contained classified information when he wrote it, but did not mark the document as classified,” the report states on the same page.  “Comey kept signed originals of Memos 2, 4, 6, and 7 in a personal safe in his home and, following his May 2017 removal as FBI Director, provided his personal attorneys with copies of Memos 2, 4, and 6, and a redacted version of Memo 7; Comey never took copies of Memos 1, 3, and 5 to his home, and never shared these Memos with anyone outside the FBI.”

The memos begin on page 67 following a two-page letter from Assistant Attorney General Stephen Boyd to the then-chairmen of the House Judiciary, Oversight and Intelligence Committees, respectively, in response to their letter asking to see the memos.

In his April 19, 2018 letter, Boyd stated that the Justice Department provided redacted copies contemporaneously and would send unredacted copies through a secure method to the House Security office.

Ranking members of the aforementioned committees were copied on the letter as well as then-Speaker of the House Paul Ryan.

Regarding the January 6, 2017 Trump Tower meeting, Comey wrote that after he spoke with Trump’s chief-of-staff designee, Reince Preibus, he then spoke with Trump privately, at which time Trump reportedly praised Comey’s handling of various situations and expressed his “hope” that Comey would remain in his post during the new administration.

At the bottom of the memo’s first page, Comey wrote, “I then executed the session exactly as I had planned,” then went on to describe some of the contents of what is now known as the “Steele dossier.”  The unverified collection of “reports” alleged, among other things, that Trump had been recorded during a 2013 trip to Russia for the Miss Universe pageant held in Moscow that year.

On the second line of the paragraph, the name of the author of the “reports” of which Comey spoke is redacted, and Comey wrote that he “didn’t use that name.”

The second redaction in that paragraph might conceal the words “salacious and unverified,” as Comey testified on June 8, 2017 he had told Trump of the dossier.

Comey documented more than once in the memos that he assured Trump the FBI was “not investigating him” despite the Bureau’s counterintelligence operation begun in July 2016 or earlier.

On page 79 of the PDF, in a two-page memo documenting a phone call from Trump dated 3/30/17, Comey wrote that Trump had said he was “bringing a personal lawsuit against Christopher Steele,” an item which does not appear to have been reported publicly.

Comey’s memos depict Trump denying the allegations about his visit to Russia via a timeline indicating that Trump did not stay overnight in a hotel room, as the dossier claimed, but rather, left directly after the Miss Universe pageant concluded on a flight back to the United States (p. 75).

One Response to "Comey Memo: Trump Said he Would Sue Christopher Steele"