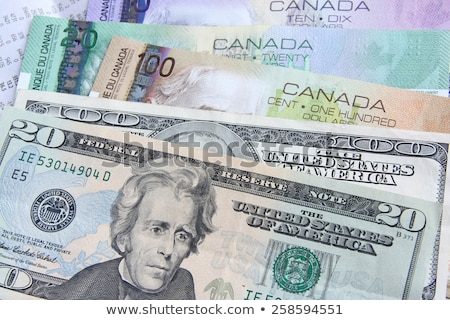 (Aug. 26, 2019) — “Did I what? Pardon me, but what did you say? Did I get my vaccination for Dengue Fever? Yes, yes; we got all of our shots; we’re going to L.A. next. The plague? Yes, yes, that, too. I don’t know; it was a concoction, just like in Boot Camp. Yellow Fever? Yes; yes, I just told you: all of them, and then they gave us this survival pack, see? Well, we have your booties, you know, like the cable guy wears if you’ve carpet, and a bunch of masks that painters and drywallers use; disposable gloves; sanitizer; paper towels; all of the goodies, including a pack of tasers, you know, to keep the bums at bay.

“I can’t say what? ‘Bums’? Oh, so they’re not bums? Then what are they? Oh, sure, some are just unlucky and that’s too bad, but the majority are alkies and druggies.

“Pardon me, but you’re not making a lick of sense. Look, I’m sorry, but I’m not giving one penny of my money to someone who smokes or has tattoos or…”

“Okay; okay, you made your point: scratch the trip to California. Look, if that’s the way they want it, why not turn the tables on them: have roadblocks and customs at airports: anyone arriving from points west must sign a paper stating that they’ll stand for the National Anthem, support the Constitution and behave like Americans instead of deranged Socialists from the pages of Mein Kampf and The Little Red Book. And let’s throw in a certificate of health: you know, the same papers that they use for cattle to prevent the spread of Mad Cow Disease. No, I’m serious. Got to go; we’ve just arrived at Madam Shylock’s place in Cassadaga, Florida. Later. Hello, Madam Shylock.

“The money? Of course, right here in my pocket; maybe the other pocket. Here, see; it’s all there: crisp twenties, just as you asked. The usual: World Peace, that sort of thing.

“Do I care? You asking me if I really care? Yes, I say that I really care, if nothing more than to validate my putting my life on the line when I was a naive young man in uniform, believing that I was saving a little country from Communism; helping a bunch of helpless people; and looking forward to marching in my town’s Victory Parade.

“No, never had the parade, or, for that matter, any parade. The only parade I ever had was when I was at parade rest. Smart aleck? Wouldn’t think of it.

“Well, to tell the truth, any woman who witnessed me waking up at three in the morning from a nightmare about Vietnam is no longer around, that’s all I can say. I really can’t say except maybe the word ‘ashamed’ comes the closest that I can think of, and I really don’t want to talk about it. Mistakes? Look, I’ll be the first in line if it’ll change anything, which it won’t, so why talk about it?

“Oh, I know; you told us that before. When I got out and started to have the nightmares I never heard of PTSD, so I handled it myself.

“Doing anything to make me as comatose as possible, I suppose; passing out was the preferred method to go to sleep. No, I left them; I knew I wasn’t doing anyone any good. No, no, you got it all backwards. That’s why guys like me do themselves in: they do it because they love, that’s why. They’re ashamed to hurt them, is why. They’re doing them a favor, simple as that.

“What do you mean that’s wrong? How can a motive for love be wrong? No, no: you misunderstood me. I said that their intentions were good: it’s the result that isn’t so great. But then you have to realize that the word ‘future’ isn’t in their vocabulary.

“An example? How about Chancellor Merkel selling her country down the drain; is that good enough for you? Excuse me, but I came here to ask you some questions:  you know, about the forlorn women asking when Prince Charming will arrive. Okay, that’ll work, too. So guys are looking for Miss Right, too. Oh, sorry: Ms. Right. Oh, sorry again: Ms. Right or Maybe Not.

“So, do I get a refund or what? None? Your time is valuable? Then answer me this one question, if you would, please: when we pull out of Afghanistan, what then? 1300? What’s that supposed to mean?

“Just like then? Oh, just like 2001. So, nothing’s changed? Kick the Infidels out and go back to the old ways of treating women as slaves, is that it?

“Oh, sorry. Yes, of course, you have a client scheduled. Okay, we’re leaving. Nice to have talked with you: later.

“And that’ll do it for us and so, on behalf of the crew, this is your Roving Reporter (RR) wishing you all a goodnight: Goodnight.

“Listen: I’m really sick of hearing, for the past two years, about this Russian Collusion, and I’m sick of hearing anything they say. I’m as finished with them as they are with me. That’s right: nobody listens anymore; all they want to do is talk-talk-talk.