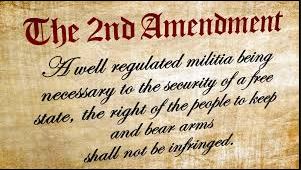 (Aug. 23, 2019) — In conjunction with my recently-filed Federal Lawsuit in which I challenged New York’s criminalization of handgun possession in the home in clear violation of the Second Amendment, I have filed a New York State Article 78 lawsuit under New York’s Freedom of Information Law (“FOIL”) challenging New York’s procedure for granting pistol permits.
In my Article 78 Lawsuit, I sought a “complete copy of records or portions thereof pertaining to all Pistol/Revolver License applications and Pistol/Revolver License files for each person granted or denied a Pistol/Revolver License in Steuben County for the years 2016, 2017, 2018 and 2019.”  In response, the Records Access Officer for Steuben County claimed that she was prohibited from releasing that information under New York Penal Law §400(5)(b).
Of course Steuben County must follow the law as written and deny my request.  I understand, it is not for the administrative/executive branch to declare a statute unconstitutional which is what I am arguing. My point: Albany has created a secret, extrajudicial, Red Flag system to deny New Yorkers the right to possess handguns in their homes as secured by the Second Amendment. That system secrets pistol permit applications and determinations from public view.  By hiding the “why” who is getting ‒ and who is not getting pistol permits ‒ Albany can and is treating persons seeking a pistol permit who are similarly situated differently.  That allows for the arbitrary and discriminatory granting of pistol permits and thus violates Equal Protection guarantees.