Hannity: “Russia” Investigation Results “Will Shock the Conscience of a Nation”

WILL THE WHOLE TRUTH COME OUT? 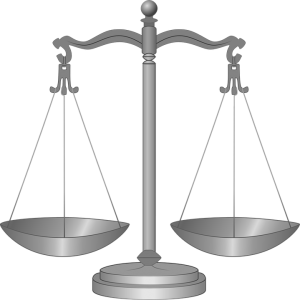 (Aug. 6, 2019) — On Tuesday night’s “Hannity,” host Sean Hannity said more than once that his sources have informed him that once U.S. Attorney John Durham’s investigation into the origins of the Trump-Russia “collusion” probe is completed, it “will shock the conscience of a nation.”

Earlier this year, Durham was tasked by Attorney General William Barr to launch a probe into the predicate for the FBI’s opening of a counterintelligence operation into the 2016 Trump campaign given that a follow-on 22-month probe completed by Special Counsel Robert Mueller and his 19 prosecutors found insufficient evidence of a conspiracy between Trump campaign aides and the Russian government.

FBI officials opened the probe at some point during the campaign cycle, with the official date said to be July 31, 2016.  However, ranking member of the House Intelligence Committee Devin Nunes claims it began in 2015 by targeting Lt. Gen. Michael Flynn (Ret) after he spoke at an event in Russia.

The U.S. intelligence community would later leak portions of Flynn’s conversations during the 2016 transition period with then-Russian Ambassador Sergey Kislyak to The Washington Post.  Trump had selected Flynn to be his national-security adviser, a position which came to an abrupt end on February 13, 2017 as a result of the leaked transcripts and what appeared to be Flynn’s mischaracterization of the substance of his calls with Kislyak.

Currently U.S. Attorney for the District of Connecticut, Durham has acquired a reputation for conducting non-partisan investigations over many years, including into members of the intelligence community.  In the 1990s, he successfully prosecuted then-FBI Special Agent John Connolly for shielding Boston mob boss Whitey Bulger when Mueller was serving as an assistant U.S. attorney for the district.

Later in Tuesday’s program, investigative journalist Sara A. Carter said her sources have indicated that Durham’s investigation is proceeding rapidly.

Last week, John Solomon of The Hill reported that Durham’s office was able to conduct a recorded interview with the mysterious Joseph Mifsud, who in April 2016 approached then-Trump informal campaign adviser George Papadopoulos to say that “Russians” possessed potentially-incriminating information on Hillary Clinton, likely in the form of emails from the private server she used when she served as Barack Hussein Obama’s secretary of state.

Papadopoulos, who was interviewed by members of Congress and the Special Counsel’s office, the latter of which successfully prosecuted him for lying to the FBI, has come to believe that the U.S. intelligence community, in tandem with European intelligence services, was dispatching informants to “entrap” him.

In his July 24 sworn congressional testimony, Mueller did not dispute that his team determined that Mifsud lied to U.S. authorities in early 2017 but that his team declined to prosecute him.

Comey is believed to be at the center of a forthcoming DOJ Inspector General’s report, the release of which has been delayed because of new information which has reportedly come to light.

On Tuesday Strzok filed a lawsuit against the FBI and Justice Department, claiming that he was fired for “political” reasons.  McCabe has also taken legal action stemming form his termination, although not directly refuting its basis that he “lacked candor” when interviewed by the inspector general’s office about media leaks.

Both Strzok and McCabe have demonstrated a political animus toward Trump.

Hannity: “Russia” Investigation Results “Will Shock the Conscience of a Nation” added on Tuesday, August 6, 2019

5 Responses to "Hannity: “Russia” Investigation Results “Will Shock the Conscience of a Nation”"