Genesis 101: In the Beginning

“Who or what shoots the guns?”

“Well, then, are you saying — without any people around — there could be a dead body and next to it would be a gun?”

“So when you say we need more gun control, maybe you’re really saying we need more ‘people’ control; is that about right?”

“Okay. Look, you have to have a license to drive a big truck, right?”

“So why not have a gun license?”

“So, what, you concede that guns don’t kill people; people use guns to kill people, is that it?”

“Look, all I said was that ‘Guns kill people so we should have a committee to talk abut it.’ That’s all I said.”

“But what I’m trying to explain to you is that a gun doesn’t shoot itself – Kate Steinle’s murder in San Francisco notwithstanding – so are you going to admit that a gun, maybe in a box, doesn’t somehow shoot people, or not?”

“What if I said that a gun is worthless without a bullet; what then? Are you going to say ‘Guns AND bullets kill people’?” Maybe you’ll say, ‘Bullets kill people but not guns’; well, are you?”

“Look, I know I’m a low-IQ person and I’m not qualified to think about guns and people. All I know is that we have to take the guns away from people who support the SECOND AMENDMENT; bunch of racists; white privilege; bigots who believe in the Constitution.”

“Following in the footsteps of the NAZI Party, in step – so to speak, so the only ones left with the guns are the cops and the goons; is that what you want?  You don’t want the honest folk to protect themselves from the crazed maniacs?”

“You don’t know because you lost the ability to think for yourself. You want the honest folk to disarm so the bad guys can take completely over. Look, the bad guys are not going to surrender their guns, got that? The gangs, the lawbreakers, will continue their modus operandi whether we have gun laws or not. Look, even if you put another 10,000 gun laws on the books the bad guys will still have guns, you got that? What do you think all the gang members, the Mexican cartel guys will do: give their guns to the cops?”

“So where are we? Have I convinced you ‘more gun laws’ are not the answer, that guns don’t kill people, and that bullets don’t kill people? Maybe people kill people; how does that strike you? Look, I don’t want to sound flippant, but we honest folk keep guns for protection, okay? Some of us may even hunt with guns, but the Second Amendment wasn’t written for the deer hunter; it was written for patriots, for people just like me willing to take up arms against a tyrannical government, just as it states in the Constitution. Guns are the means to keep Big Brother at arm’s length, comprende?” 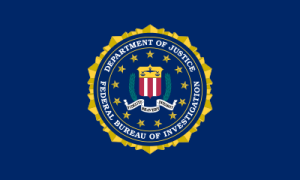 “Look, this is as straightforward as it will ever get: guns are the means, the ONLY means, we have to keep the bad guys wearing jackboots away, and I don’t care if they are rogue FBI agents storming Roger Stone’s house, crazed addicts after my mineral water or druggies after my Vitamin ‘C’ with rose hips. And speaking of which: if I were Trump I’d fire every single employee of the FBI yesterday: they’re all tainted, ready and willing to following illegal orders, just as the cops did in Portland, Oregon: people getting beaten up and they just stand around collecting overtime.”

“You sound a little too opinionated to me.”

“What do you think are the chances of me acting like a crybaby in front of the world because ‘I can buy a weapon of war and I’m only 18’? And his dad works for the FBI. No wonder we’re so messed up.”