Becoming A Future Lawyer: An In Depth Guide On The Concept Of Law 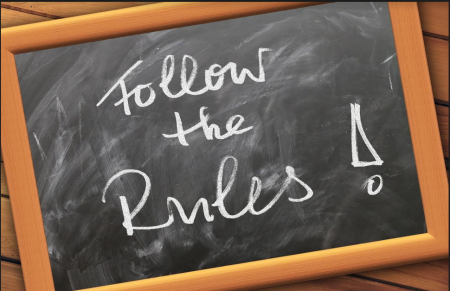 (May 17, 2019) — Becoming a future lawyer is an inspiring goal for many. We share everything on the concept of law. Visit this site about law and politics for more information.

Becoming a lawyer can be a great career path for many who want to make a change in this country. But before you can get into the court and start fighting cases, you need to understand the basics.

There are thousands and thousands of court cases in the United States each year. But each operates under the same general understanding of the law. What is the concept of law?

Read on and we’ll walk you through what you need to know.

The basic understanding of the law is that it is a series of rules that governs and guides human behavior. There are certain forms of behavior, such as thievery or murder, that are forbidden under the eyes of the law. These legal rules are also sometimes known as norms.

The law does more than just step up rules, though. It also ensures compliance with those who seek to threaten the norms. It will disadvantage or punish those that break the rules. This punishment usually takes the form of imprisonment or financial payment.

This punishment or consequence is also often known as a sanction. The job of the government is to put different sanctions into effect. It is the state’s responsibility to punish an offender or put them in jail. It is not the people’s job to enforce the sanctions of the country they reside in.

It’s also important to make a distinction between legal rules and facts. Legal rules are not in and of themselves facts. They make a judgment call on what ought to happen in a certain situation. They then lay out what consequences should occur if the intended situation does not happen.

The law forbids certain acts based on a general sense of right and wrong. But the very concept of right and wrong is a subjective one. How can we know if the laws we set up are fundamentally right or just? There are countless examples of laws passed throughout history that we now look upon as immoral, corrupt, or unjust.

Deciding What Is Right and Wrong

There is more than one school of thought when it comes to these ideas. The Doctrine of Natural Law attempts to secure right and wrong by referring to meta-legal authorities. According to thinkers like Plato, the law is correct if it conforms to human nature, divine revelation, or to general reason.

This is again, hard to discern in a way that isn’t subjective.

The Positivist Doctrine is another school of thought. It accepts that the laws are made up of social norms that generally accepted to and adhered to by the general public. As such, there is no ‘right’ and ‘wrong,’ but simply the general social consensus of a large group of people.

This consensus can change over time, meaning that laws will need to adapt and change as well. This happens all the time in the US government, like with the legalization of gay marriage.

What Is The Aim Of Law?

The general consensus in the law community describes the law as a way to enforce a larger community to meet certain standards of conduct. It intends to ensure a stable society that allows its members to be able to pursue their interests. It allows a system for disputes to be settled in an efficient and fair manner.

In this light, it makes sense that the law should conform to the general sense of public morality. It would help to ensure the aim of the law was being achieved.

How Is Law Enforced?

When there are legal disputes, how are they settled? In general, the state will provide the means and procedures to settle legal disputes. Only in extraordinary situations will a person take the law into their own hands.

The court system is in place to ascertain the meaning and judgment of the law. For someone to be found guilty of a crime, they must have obviously done what the state has decided to forbid. This is where the concept of innocent until proven guilty comes in to play.

A person must have had the ability to not break a law to be found guilty. The individual in question did not need to intend to break the law, however. There are many criminals who are found guilty of committing crimes negligently, for example, which is another way of saying ‘on accident.’

A car wreck lawyer will work to prove that a person who has injured another in an accident is still guilty of a crime even if they did not intend to cause harm.

Usually, some sort of intention or display of negligence must be required for a person to be found guilty of a crime. Different understandings of what negligence can mean are common depending on what court you are in.

There are many, many different categories of law in which these general principles are broken down into. Criminal law involves cases in which a person, either intentionally or by extreme negligence, caused serious damage to another individual in society.

But there are also many other areas of study, like property law, tort law, divorce law, business law, and various others. Each of these has more specific properties and philosophies that exist under the broader concepts that we have laid out here.

These areas serve to help citizens work through disputes in different areas of their life. All of these areas still operate under the same general working order and understanding of ‘law’ at large. If you’re interested in becoming a lawyer, getting acquainted with a broader understanding of the practice can be beneficial before committing to a specific area.

Understanding The Concept Of Law

If you’re looking to become a lawyer, it’s essential that you understand the concept of law and where it originates from. Understanding the basics will provide an essential ground floor understanding as you move forward in your studies.

Need more helpful information about this country’s legal situations? Subscribe to our newsletter for more.

crime and punishment, social norms, the concept of law

Becoming A Future Lawyer: An In Depth Guide On The Concept Of Law added on Friday, May 17, 2019

2 Responses to "Becoming A Future Lawyer: An In Depth Guide On The Concept Of Law"