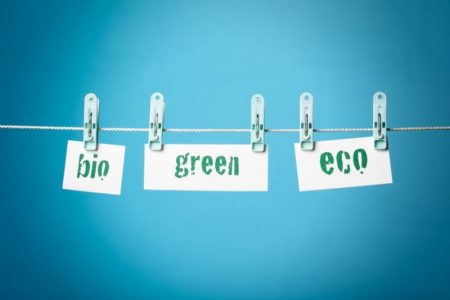 (May 2, 2019) — Climate alarmists often accuse skeptics, like myself and independent groups like CFACT, of being in the pay of Big Oil. This is completely false — we do not receive even a dime from them. It is part of the green fairy tale that skepticism only exists because the oil companies are funding it. That Exxon-Mobil threw a few million at various skeptical causes prior to 2007 is the standard example, but that was many years ago.  They have stopped sending any money whatsoever to skeptical causes since then.

So I did some digging and the reality turns out to be just the opposite. In fact the big oil companies are putting at least a billion dollars into alarmist projects and lobbying. Of course they have good commercial reasons, which are killing coal and making natural gas more “climate friendly.” After all, Big Oil is also Big Gas.

The central vehicle for moving these green billion dollars goes by a perfectly descriptive name — the Oil and Gas Climate Initiative or OGCI. If the false accusers were correct then “oil and gas” would never go together with “climate initiative” but there it is and it is very big.

Collectively they claim to produce 30% of the world’s oil and gas.

The OGCI website features a lineup of Corporate CEOs, just to show how seriously green they are. Their latest annual report has a letter from the CEOs, including this gem:

“As our ambition grows with the scale of the challenge, we look forward to working closely with policy-makers, regulators and all stakeholders to help develop the levers that can economically and sustainably accelerate the pace of the low carbon transition.”

OGCI was started in 2014, shortly after the famous Chesapeake Energy scandal. Chesapeake’s CEO was caught giving the Sierra Club millions of dollars to support the war on coal, but some Club members objected, given that they consider fossil fuels their enemy.

What seems to have happened is that the ever-wily big companies simply created their own green group. With a billion bucks in funding it may well be the biggest outfit in Big Green (not counting the green governments).

However, I also found that EDF is actively engaged with corporations, via its EDF+Business arm. In particular EDF has a huge methane reduction program — the Methane Challenge — that involves OGCI. This program is featured in the Sustainability Reports of several major oil companies. EDF is even building and launching their own satellite, cleverly called MethaneSAT.

EDF is clearly getting a lot of money for this. They say they get none directly from the companies, rather that they get it from unspecified “philanthropies.” Where these philanthropies get it may be a different story. They could easily be laundering Big Oil money. It may be telling that OGCI does not issue a financial report.

Space News actually asked EDF about this funding but got stonewalled. Here is their report: “However, EDF has provided few details about how much MethaneSAT will cost or how it will be funded. The project received last year a grant from a new initiative called The Audacious Project, although the size of the award was not disclosed. An EDF spokesman did not respond to an inquiry about the financial status of the project.”

Having EDF on their side is certainly a big plus for Big Oil.

When it comes to skepticism, the simple fact is that roughly half of Americans do not accept climate alarmism, right up to the President. No one is paying for this widespread skepticism. As for Big Oil, they are putting big bucks into green climate initiatives, not skepticism. Conservatives do have their think tanks, which happily manage to find some funding, but not from Big Oil for climate skepticism.

That Big Oil is responsible for skepticism is just another part of the alarmist fantasy world.