“NEVER EASY, BUT NOT UNCOMMON” 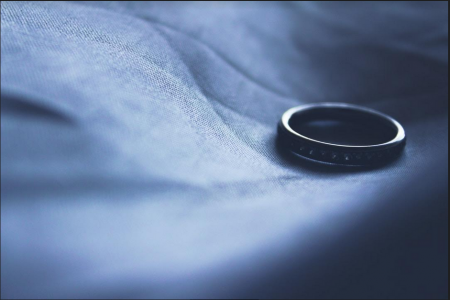 (Apr. 15, 2019) — No divorce should be celebrated, but you need to be prepared. If you’re based in Alabama, here are 8 things you need to know about Alabama divorce laws.

Around 50 percent of all American married couples get divorced at some point. And if you live in Alabama, you may be even more likely. Alabama has a divorce rate of 3.9 per 1,000, which is much higher than the national average of 3.1.

Nobody wants to be a statistic, but for many couples, getting divorced is far healthier than sticking it out with the wrong person.

Alabama divorce laws are amenable to couples who want to call it quits. Do you know how the law will impact the end of your relationship? Here’s what all Alabamians need to know.

1. You Need Six Months as an Alabama Resident

To file for divorce in Alabama, you need to be a resident of the state. Alabama requires you to live in the state for a minimum of six months before you can file.

Only the filing spouse needs to live in Alabama. Your ex can live elsewhere.

Alabama considers no-fault as grounds for divorce. A no-fault divorce requires you to meet at least one of the following conditions:

No-fault divorces are the simplest way to file – at least when both spouses agree to it.

A fault divorce is available, and you can choose this option if your spouse:

Keep in mind that you need to provide evidence for a fault-based divorce. Even if your claim is true, proving it in court can be tricky and requires a court appearance.

Some states require all spouses to split their assets 50/50 regardless of the nature of their marriage. Alabama is not one of them.

Like many other states, Alabama uses the “equal distribution” system. In this system, assets are divided on the principle of fairness. When dividing property in Alabama, the court considers issues like:

If your spouse didn’t bring in any assets and they didn’t contribute to any while you were married, then you aren’t going to be forced to hand over half your savings.

Do you have children? If so, you’ll need to present the court with a custody plan. In Alabama, there are two types of custody—physical and legal.

The courts tend to favor joint custody for both physical and legal custody to ensure children continue to have contact with both parents. However, that does not mean you need to split time equally.

Alabama courts consider factors such as stability. Are you financially stable? Can you take care of the children full time?

Are you mentally stable? Is the child or children particularly attached to a particular parent? Is there any history of abuse?

These will all inform the acceptance of a contested custody plan. Finally, keep in mind that Alabama also recognizes the child’s own wishes.

If you seek full or sole physical and legal custody of your child/children, then you need to be prepared to prove that your wish is also in the child’s best interests.

Additionally, winning sole custody doesn’t mean that your ex-spouse doesn’t have rights. A judge will usually grant visitation time (supervised or unsupervised). The only exceptions tend to be when the parent applying for custody can prove that the other parent poses a real and present danger to the child.

Danger also means abuse. An abusive (or formerly abusive) parent usually will not receive custody of the children.

The state of Alabama doesn’t require your spouse to allow grandparents to access their grandchildren.

When the state attempted to implement the Grandparent Visitation Act, the Alabama Supreme Court declared it unconstitutional.

Grandparents can have custody of the children when the judge permits it, but only in rare circumstances. They can also argue for visitation, but again, it only occurs under specific circumstances.

7. Annulment is Possible in Some Cases

Are you hoping for an annulment to your marriage? The state of Alabama allows it in certain situations.

Grounds for annulment are:

To learn whether you can file for an annulment, you’ll need to talk to a divorce or family lawyer like Verhaeghe Law Office.

The law allows a judge to award one spouse alimony when they see fit. In the vast majority of cases, the alimony is only temporary; permanent alimony seems to be a thing of the past.

If you were only married for a few months or years, any alimony awarded would be very short-term. It is seen as a rehabilitative option that gives the receiving spouse time to find a job or improve their chances for employment.

Get to Know Alabama Divorce Laws

Divorce is never easy, but it’s not uncommon. Fifty percent of marriages end in divorce, and Alabama has the second highest divorce rate in the United States.

Fortunately, Alabama divorce laws don’t make the end of your marriage more difficult than it has to be. With equitable distribution and thoughtful custody arrangements, you can move on to the next phase of your life quickly.