EFFECTS OF DIVORCE ON CHILDREN: HERE’S WHY LAWYERS ARE ESSENTIAL 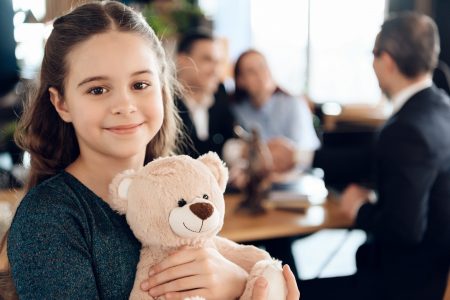 (Mar. 21, 2019) — About 12% of the population in New Mexico is divorced, affecting not only the parents but also the children. Here’s why you need to seek legal help.

About 12% of the population in New Mexico is divorced. While the state has one of the lowest rates, it does not change the fact that it affects not only the parents but also the children. The negative impact can be worse when parties do not seek legal help. Many studies highlight the effects of divorce on children. They also stress why parents need to have Albuquerque divorce attorneys to help them out.

Fights almost always precede divorce, so it is a familiar notion that children will experience troubles before the separation. A study by the University of Wisconsin-Madison contradicts this belief. The researchers learned that academic and emotional problems often begin to appear once the parents start to break up, not before the process. The kids who were subject to the study suffered from poorer math scores than their peers from intact families. They also had socialization issues. They were more likely to experience sadness, isolation, and anxiety. They also tend to have low self-esteem.

As the divorce proceeded, the children’s growth rate could be the same as their counterparts from intact families, but they would still lag in academics. Divorce can also change family dynamics, which can then affect familial relationships to adulthood. A 2008 Penn State study revealed that children from divorced parents viewed their parental relationships as less secure. The level of insecurity increased for those who experienced it early in their lives.

Parental relationships were also likely to be more challenging for fathers. During the separation, children often ended up with their mothers. Their fathers would then have to move outside the community and even to another state. The physical and emotional distance can serve as barriers to developing a healthy father-teen relationship.

The Importance of a Better Divorce 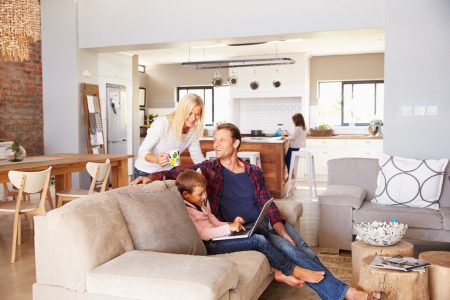 There is no doubt that children deserve intact families, but sometimes divorce is a better option for the household. If this should be your path, you might as well ensure that you do it right, especially when it comes to shared custody. According to 2017 research published in ActaPaediatrica, preschool children under joint physical custody experienced fewer psychological symptoms than those who stayed with only one parent. Research by Arizona State University also touts the advantages of overnight stays with fathers, particularly for toddlers and infants. In fact, they are a win-win for fathers, mothers, and children.

Fathers could become more involved during the early years, and the setup didn’t negatively impact the child-mother relationship as others believed. It could even enhance it as these overnight stays at Pop’s could reduce single-parent stress. Children could also grow up better-rounded, which might then reduce the emotional gap once they reached their teen years. All parties can enjoy these benefits even if the mother initially objects it or the court tells them to do so.

As the late James Ingram swooned, there is no easy way to break somebody’s heart, especially if it is your child’s. You can make the transition smoother, though, with a more civil and family-centric divorce.

Thinking of Divorce? Make Sure It’s a Good One for Your Kids added on Thursday, March 21, 2019

One Response to "Thinking of Divorce? Make Sure It’s a Good One for Your Kids"