“MOB RULE IS A DANGEROUS GAME” 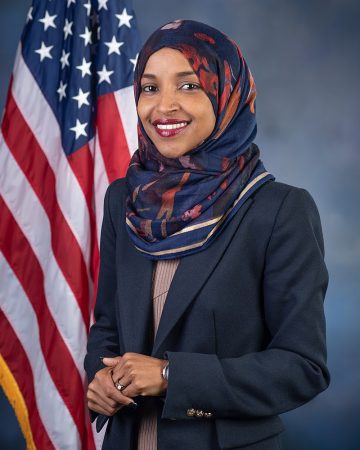 (Apr. 14, 2019) — “I’ve had it! Our government is no better than Sweden’s or any of the other idiot politicians who lord over the safety of their citizens that allow for the Muslim invasion.”

“Hold it right there. You just can’t start speaking until you’ve been properly introduced after I’ve made my opening. You are one rude dude. Now stand aside and let me do my thing.

“Hello, ladies and gentlemen, and welcome to the show that is the most-talked-about at the water cooler the next morning, ‘The Pulse of the Nation.’ Hello, my name is Roving, your calm-and-collected Roving Reporter (RR) who is always, well, calm and collected. As you can see, we’re back on our corner, under the awning, across the street from the railroad depot conducting street interviews to see what’s bugging our neighbors. Now, sir, what’s your name and what’s this about an ‘invasion?’”

“Look, I know you’re not that stupid, that you’re just asking questions to entertain the viewers, but, really, now, what’s it going to take to make our neighbors understand that we have one serious problem with our politicians bending over backwards importing, frankly, people who have no intentions of assimilating by embracing our Constitution?”

“You got this all backwards: I’m the one who asks the questions, okay? So, obviously we have a problem, a serious Muslim problem. The solution to this problem — well, one solution to this problem — is to round them up and deport them from whatever despicable hole they came from, the place what they wish to duplicate right here; a place where Sharia Law IS the law; where women have no say in any aspect of their lives; a place where child brides are common; a place where there’s ‘honor killings’ — premeditated murder — that has nothing to do with integrity, honesty or honor.”

“Oh, you’ll get no argument from me. Deport them, each and every one of them, but we won’t do that, will we?”

“Why not? You mean we know they want to kill us, and given half a chance they will kill us, right? So what gives?”

“Why, that’s the definition of mob rule.”

“So we’re being led by a mob? We’re being ruled by emotion, without reasoning?”

“Mob rule is a dangerous game, a game where we all lose. Look at all the time and effort wasted by the likes of Rachel Maddow and Joe Scarborough – and all the others suffering from Trump Derangement Syndrome — beating a dead horse for the last two years and, get this, they’re STILL beating the dead horse. But you know what the really sad part of the whole deal is?”

“There was no horse to start with.”

“So how come those others didn’t know? If we could’ve figured it out, how couldn’t they?”

“Well, hate to say it, but some of us have to be stupid, okay? Some of us are going to never figure it out, so it’s up to us to get it right, not to protect them, but to protect our families and our country. Rachel Maddow would give us up to the Muslim death squads in a heartbeat, those of us who wear the MAGA hats, as would all the other Obots of the world.”

“What about Bernie Sanders?”

“Nothing but a sorry excuse for an old man making a last stand in life, promising nothing but lies so the ignorant and the mentally-challenged can fawn over him while they make complete fools of themselves. He’s living his last hurrah; his last chance to be somebody, but all he’ll ever be, all he ever was, is but a fool pushing the drug of choice among the lazy: free this and free that, but don’t – whatever you do – mention Venezuela.”

“And here’s my train. But what about the Muslims who want to kill us? Sorry; have to run.”

“Well, let’s throw in a commercial and interview one more.”

“And we’re back with a young man about town. Mind telling us your name and what’s you pet peeve these days?”

“Name is Harry and I suppose my pet peeve is all this talk of same-sex marriage and transgenders in our military. There’s just no way I’m going to support women aboard Navy ships or women in combat units, and the same goes for the ‘don’t tell’ crowd. I’m sorry.”

“Mind telling us why you feel that way?”

“Not at all. Look, I don’t know if you’ve been in combat, but I have, and if there’s one thing you don’t need it’s to question the capability of the person watching your back as you would another, understand? The last thing somebody needs in combat is a distraction and, I’m sorry, I’ve been there so I don’t need no upstart telling me the facts of life. Got it?”

“How about defining ‘upstart.’”

“Easy: a politician who never had to defend himself with a knife; how’s that for starters? Or being shot at, for real, and not with paint balls; or some left-wing do-gooder just spouting off some nonsense that doesn’t make a lick of sense; or some Hollywood type who lives in a make-believe world – Tinseltown – and doesn’t know a lick about life; or crawling in the dirt, born of desperation, with no alternative solution, to kill the enemy before they kill you. And this is my train to the big city. See you around.”

“Bye. So in closing, I’ll just say this: look, all I’m allowed to say is that you can’t expect law enforcement to protect you, okay? You have to be able to protect yourself and your own family, understand? So if you ever hear a Muslim saying that they are an American, sorry: not buying it. So, hey, Omar, I just threatened your love for America. You want to really prove you love America? Leave. The bottom line is that Sharia and the Constitution are incompatible: it’s either one or the other, period. And with that, on behalf of the crew, I’ll be wishing you all a goodnight: Goodnight.