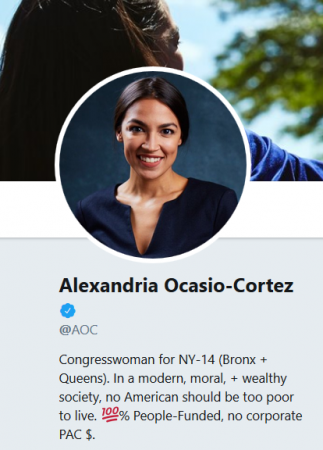 (Feb. 26, 2019) — “Good evening, ladies and gentlemen, and welcome to the program that won’t see any Democratic viewers, people who can’t handle the truth, and those who give credence to feelings over facts. There’s no audience overflow from The View and Morning Joe here. This show is bereft of the idiots who have the audacity to badmouth our president as he is on a quest to bring two Socialist countries into the fold of humankind, North Korea and China. Hello, I’m Mr. Roving and I’ll be your host for this episode of ‘Pulse of the Nation,’ the program that keeps asking, ‘WHERE’S THE BIRTH CERTIFICATE?’ As you can see, we’re back at the university, in Professor Zorkophsky’s comfortable office, marveling on his new lap pool.”

“Hello, Professor Zorkophsky, nice pool. So the bowling lane just lifts up and, presto, a lap pool; how nice.”

“Isn’t it, though? My own design to make the most out of what you’ve got and, please, Roving, call me ‘Zork’; there’s no need to be so formal in such comfortable surroundings.”

“I totally agree. I caught you on a talk show the other day and would like to do some follow-up, if that’s alright with you?”

“Well, of course: it wasn’t my fault that the hostess started to cry because I said she was a nitwit after she said that Obama was ‘the greatest president ever.’ Then when I objected to apologizing, that’s when things really started to go downhill fast.”

“And that’s when they broke for a commercial, so what happened next?”

“What happened was the Friday night fights on Monday. I knocked the producer to next Sunday when he grabbed me from behind, and the cameraman suffered the same fate. Then I left after thanking them for having me on and said I’d love to come back for a rematch. I must say that this lap pool played an important part in my exercise program. Now, what’s the question of the day?”

“Okay, Zork, we’re back with the question of the day: how naïve are our Democratic imbeciles anyway?”

“Could you, maybe, articulate a little bit more, Zork?”

“Well, I wouldn’t want to overburden you with a lot of professional psychiatric terms, but since you insist, here goes: it has to do with the misconception that the Vietnam War Protests of the ‘60’s were for a good cause and, by their way of reasoning, successful. Nothing could be further from the truth.”

“First of all, the Pentagon never had a winning strategy; all they had was a ‘containment mentality’ and, secondly, neither did the politicians, so combine that with Uncle Ho’s (Ho Chi Minh) disinformation campaign, ‘Hanoi Jane‘ Fonda and all the other gullible dropouts were used like yesterday’s newspaper.”

“Like today’s war against terror, against Islam; is that right?”

“Yes, you hit the nail on the head, Roving. A cash cow for the merchants of death; no ‘exit strategy’ is doublespeak for you and I to buy stock in prosthetics.”

“Mind telling us what you really believe?”

“Not at all. Look, I’ve just put together a greeting card company that specializes in belateds.”

“Let’s say you haven’t seen someone in years, maybe 20, and just decide to get in touch, maybe say, ‘Hey, I’m alive; how ‘bout you?’ So you send them a belated birthday card:

Happy Birthday for (fill in the year)

Better to be late than to be never

“I think you got yourself a gold mine, Zork. Now tell us a little more about today’s mentally-challenged.”

“Every documentary of the 1960’s has a dynamite soundtrack, which subliminally translates into party time, which means without a worry about the future: let’s eat, drink and be merry. And so, by being anti-Trump, they believe that they’re having fun and doing good when, in fact, they’re wasting their time by doing bad. It’s a hard lesson to learn you’ve been made a fool of, and you won’t get any disclaimers from the mainstream media, or Cortez, Sanders, Pelosi and all the others on the wrong side of history.”

“Aren’t you being a little harsh, Zork?”

“Since Socialism has never worked, what possible magic spell can the Democrats wave to ever make Socialism work? Well, they can’t, but they don’t mention that little piece of information, now, do they?”

“No, they don’t because they can’t: there is no panacea to fix Socialism; never has been and never will. And old man Bernie Sanders and old woman Nancy Pelosi know there isn’t, but Alexandria Ocasio–Cortez has yet to learn a basic lesson in life: nothing is free. Now if you’ll excuse me, I think I’ll swim a couple of laps. Oh, one more thing: it’s really in bad taste to badmouth Trump while he’s trying to get the leader of North Korea to give us his nuclear arsenal, besides ending the war, for real and for good.”

“Okay, Zork, we’ll wait around. Well, I see it that it’s that time for me, on behalf of the crew, to wish you all a goodnight: Goodnight.

[A passing thought: this Trump-bashing and Russian Collusion hoax doesn’t cut it, and it never did. Those who think they’re doing America and mankind a favor by joining the Occupy and Antifa losers are on the wrong side of The Beacon of Freedom and the wrong side of life, just as wrong as denying women education and a woman’s right to determine her own destiny. Any system of government that bans women an equal chance at being a doctor of medicine, a judge or a fighter pilot needs to be eradicated.]