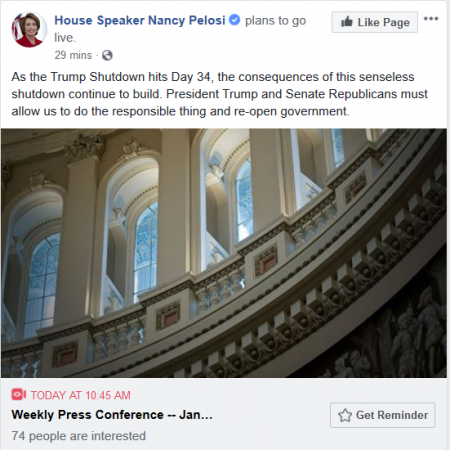 (Jan. 24, 2019) — On Thursday morning Speaker of the House Nancy Pelosi announced on Facebook and Twitter that she will be holding a “Weekly Press Conference” at 10:45 EST today.

“As the Trump Shutdown hits Day 34, the consequences of this senseless shutdown continue to build. President Trump and Senate Republicans must allow us to do the responsible thing and re-open government,” the headliner reads.

As of press time, comments beneath the Facebook post are largely negative of Pelosi’s performance throughout the 34-day-old partial government shutdown brought about by a disagreement on appropriations for a border wall between Congress and the White House.

President Trump wants $5.7 billion to build a wall on the U.S.-Mexico border, while Pelosi, who assumed the Speaker’s position on January 3 with the swearing-in of the 116th Congress, says she will appropriate nothing at any time for such a wall.

A total of approximately 800,000 federal employees are said to be impacted from the Department of Homeland Security (DHS), the IRS, the Justice Department, the FBI, and the U.S. Department of Agriculture (USDA). DHS workers who are furloughed or working without pay include members of the U.S. Secret Service and Customs & Border Protection agency.

On Wednesday, the House of Representatives past six different appropriations bills with the purpose of reopening shuttered government departments and agencies, but none contains a provision for border-wall funding. The U.S. Senate is due to vote on two proposals Thursday afternoon which do not mesh with the House proposals. 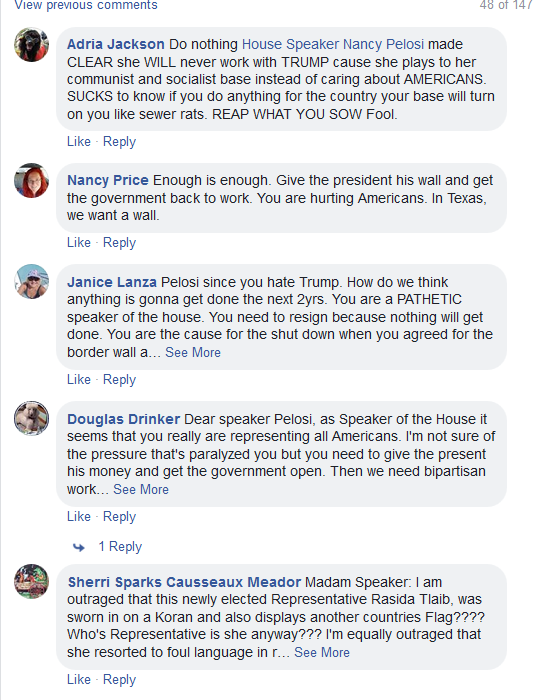 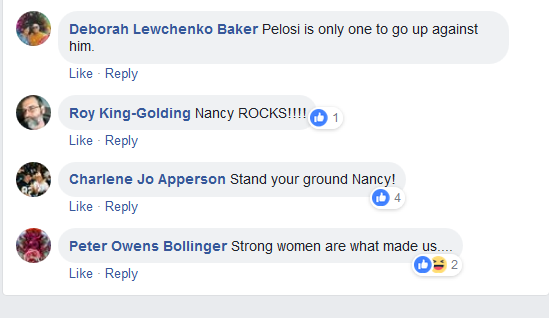 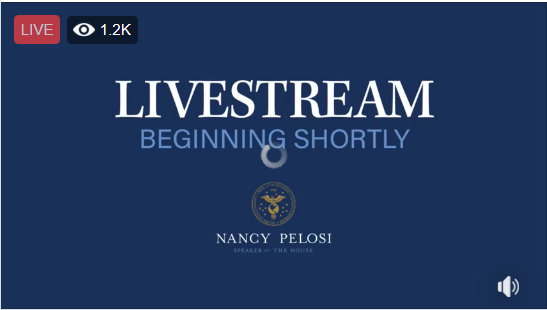 At 11:01, Pelosi came on air speaking about the State of the Union address postponement to which President Trump agreed on Wednesday.  The streaming was poor quality and frequently interrupted thereafter. 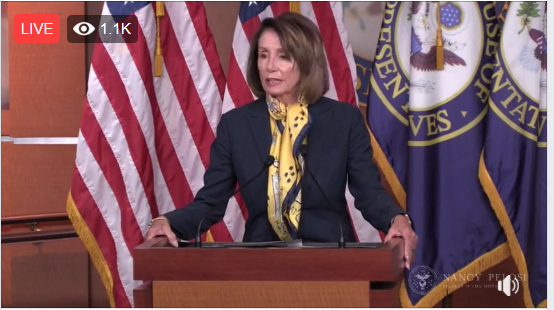 At 11:05 a.m., amid broken streaming, Pelosi mentioned “six other bills” intended to open the government.

At 11:06 a.m., Fox News picked up the broadcast and The Post & Email signed off of the Facebook stream, which was jamming our computer.  Fox News cut away within minutes, before Pelosi finished speaking. 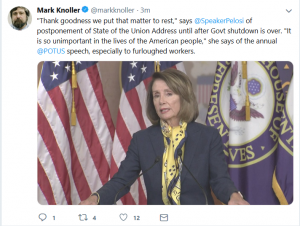 One Response to "Pelosi to Give Press Conference Thursday, 10:45 a.m. EST"