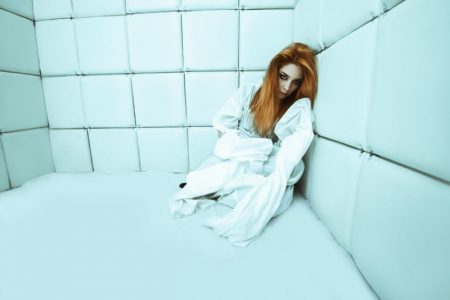 (Jan. 17, 2019) — The nontechnical magazine Psychology Today features a wacky article claiming that climate change skeptics are mentally ill. It is easy to ignore nonsense like this, but given the magazine’s popularity it is worth looking at how this pseudoscientific game is played.

In fact there is now an entire genre of so-called studies in both psychology and sociology along these same lines. After all, if you are silly enough to believe the story about humans causing catastrophic climate change, then you have to explain why so darn many people don’t believe it. In this case the authors are a psychiatrist and a public health worker.

Boy, do they believe the worst of the “we are doomed” versions of the story. Mind you this is not a science report. There is no clinical study or any research that I can tell. It is just a glorified opinion piece by people who know very little.

This time the game has a truly funny twist. It seems all of us millions of “deniers” are in medical denial. I am not making this up. The denial syndrome is a psychological defense mechanism first postulated by Freud. It means refusing to accept an obvious fact because it is too unpleasant, such as that one has a fatal disease. Apparently this actually happens to some people.

Of course the threat of catastrophic human caused climate change is not an obvious fact, as it is not a fact at all. It is a conjecture at best, and an unlikely one at that. This is obvious given the widespread and detailed scientific debate going on wherever one chooses to look. My own view is that this politically motivated conjecture has been well and truly falsified by observation. Others still find it debatable, but in no case is it an established fact, much less an obvious one.

What is obvious is that the Psychology Today authors refuse to look at the debate. Rather they deny it exists. Here is their wild claim:

“There are many areas of science and medicine that stimulate reasonable differences of opinion and even controversy. What exactly is dark matter made of? Whose cut-offs for normal blood pressure are the best ones to follow? Is psychoanalytic psychotherapy an evidence-based treatment?

But there are also many points that are clear and not subject to legitimate debate. We can affirm without doubt that anthropogenic climate change is a real phenomenon that is already apparent and will, if not mitigated, cause terrible suffering and destruction before this century is over. A recent report from the United Nations-sponsored Intergovernmental Panel on Climate Change tells us we can still hope to avert some of the catastrophic consequences of climate change, but only if we “abandon coal and other fossil fuels in the next decade or two.” Scientists may disagree about how fast the atmosphere is warming or what the best solutions are, but except for a small number of outliers, none doubt that we are rapidly approaching climate catastrophe.” (Emphasis added)

In reality these “health” folks are just activists for climate alarmism. Even worse, this is a sales pitch, not an opinion piece. They are hyping fund-seeking organizations that want to treat all us supposedly sick deniers. They want to make us well in their eyes, so we can march with their fellow alarmists. Millions of beds are just waiting for us skeptics. No doubt this treatment will cost a lot of money.