(Dec. 17, 2018) — “Good evening, ladies and gentlemen, and welcome to ‘The Pulse of the Nation,’ your one stop where we’re not afraid to lay the truth out for friend and enemy alike to see. Hello, my name is Roving and I’m the host for ‘Pulse,’ one of the most informative shows on the idiot box; entertaining as well. For those of you who are not fortunate enough to get us on your cable or satellite provider, the transcript you’re reading was transcribed by our overworked and underpaid secretary, Cheryl, so any run-on sentences, dangling participles and misspellings, it’s all her fault.

“We have a surprise for you: the world-famous intrepid explorer, Professor Wert, is on the horn from somewhere in Afghanistan. Hello, Wert, how do you read me?”

“Wait one, Roving, while I hide behind this wall. I was directed to jump in an APC but I want to get back with all limbs intact. The way I look at it, if you’re not in one you can’t get blown up in one; does that make any sense?”

“Perfect sense. Did you find what you were sent to find?”

“Yes, I did, and it was easier than expected: I just showed them a picture of a New Orleans Shotgun House and the natives would just burst out laughing and point; come to think of it, when I showed the picture to our troops I got the exact same knee-jerk reaction.”

“So, Wert, how about describing it all to our viewers, background and all?”

“Will do. You see, there was this rumor that there were no prisons in the whole country; not one prison in Afghanistan. So I asked around and I was told that Sharia Law is faster than a New York minute, hence no need for one. If you commit adultery, you’re stoned to death, as in right now – my ex wouldn’t last long here. If you’re convicted of theft they cut off your hand or run over your arm with a car; if you are raped you get buried alive or your throat slit; if you’re a homosexual or a lesbian you get hung from the nearest street light or thrown off a tall building*.”

“Did you say if the girl gets raped she gets executed?”

“They call it ‘honor killing,’ but it seems to me if they would go after the guys that did it, that would be the way to restore the family’s honor. As it is, they just lay down and take it. It’s like you spent 13 years restoring an old hot-rod, maybe a shoebox gasser, and someone takes it out to the drag strip, pops the clutch and makes a run and then you find it in front of your house the next morning. So what do you do, douse it with gasoline and burn it to the ground?”

“Of course not. I’m telling you, these people are not like us in the least. You wouldn’t believe the way they treat animals, so I won’t tell you. Anyway, getting back to what I was saying, the Army Corps of Engineers was tasked to build the Afghans a prison and this one PFC chimes in and says he can build one faster and cheaper than anybody and the CO, a Lieutenant Colonel, says, ‘You’re on.’

“So now I’m standing outside of the only prison in Afghanistan and it is indeed a New Orleans’s shotgun house. Above the front door is some Arabic writing, and right below it, in English, it reads ‘ENTRANCE.’ Here, let’s see if anybody’s home (sound of knocking). I’ll try the door; hey, it’s unlocked. Looks empty; I mean, it is empty: just one big room from front to back. So I’ll walk to the back door and there’s another sign in Arabic and below it in English, which reads ‘EXIT,’ and that’s it, the only prison in Afghanistan. No guards, no electricity and no toilet; just your normal Afghan hovel, except for the design and the color, which is a dirty pink with dirty sky-blue doors, just like in New Orleans.

“Okay, Wert, and thanks for the in-depth reporting. Well, folks, you heard it right here, live from Afghanistan. Let’s break for a commercial.” 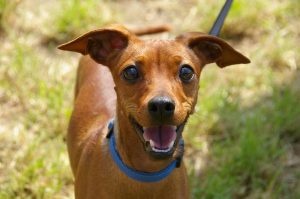 “With me in the office is the Vietnam Vet and his Talking Dog. Which one of you is going to be speaking?”

“The dog says she’ll be doing the talking, if it’s alright with you.”

“Fine with me; our ratings go through the roof whenever the dog is on; did you know that? You did? Did you know it or did the dog know it? This is very confusing, if you don’t mind me saying so.”

“The dog says she doesn’t mind it at all.”

“Okay, then: so tell us, what about these ridiculous ROE (Rules of Engagement) our troops have to contend with in Afghanistan?”

“You want me to sugarcoat it or do you want the unvarnished truth?”

“How about the truth, and if we can’t deal with it we’ll hire a Democrat Strategist to explain it for us.”

“Okay, you asked for it. Here’s the truth, and if you don’t like it then God help us all. The head honchos, the members of the Joint Chiefs of Staff, are all cowards and should be kicked out yesterday for two very good reasons: first, not one of them stood up for LTC Terry Lakin when he got railroaded in a kangaroo Court Martial, and second, they accept Muslims in our military.” 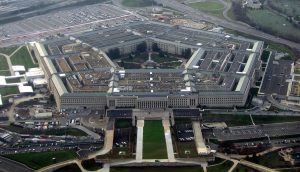 “As long as our ROE’s inhibit, IN ANY WAY, our ability to kill the enemy, then it’s just like the morass that was Vietnam, isn’t it? It’s not the same war, but it’s the same PENTAGON MINDSET: it’s the same ‘That’s the way we used to do it’; it’s the same ‘That’s how it’s done: follow orders.’ Let me tell you something: if I followed orders in Vietnam, I and a dozen other American men would be long-gone dead by now: dip that in your coffee.”

“Care to be a little more specific?”

“So this Army dude is up for murder for killing a Muslim bomb-maker; how about that one? And there’s a bunch of others who are languishing in prison, a real prison and not a New Orleans shotgun prison, for killing the enemy. So we’ll never GET WITH IT, will we? We’ll send our troops over there just to get maimed for nothing. What the heck are we there for, to change hearts and minds? Get real.”

“As it was written: ‘The Truth shall set you free.’”

“How about a little bit more?”

“The Afghan training camps? Moved to the USA; what do you think those 22+ Islamovilles around the country are? As long as we treat Islam as a religion instead of a cancer that there is no cure for but death – a higher death rate than Ebola, believe it or not – we don’t stand a change in Hades. And I’m getting rather tired of yapping about it; I want to go to the dog park.”

“Oh, sure, sorry to have kept you. Thanks for talking with us, just the same. And so, on behalf of the crew, I’ll be wishing you all a goodnight: Goodnight.

“You know, that dog is right, about the Pentagon’s mindset. I really feel sorry for our troops. I just think it’s too bad that our military is just more of the same giving President Trump out-of-date news. Maybe we ought to send the dog to Washington. Hey, burger time: my treat.”