“SPECULATION RATHER THAN FACTS”? 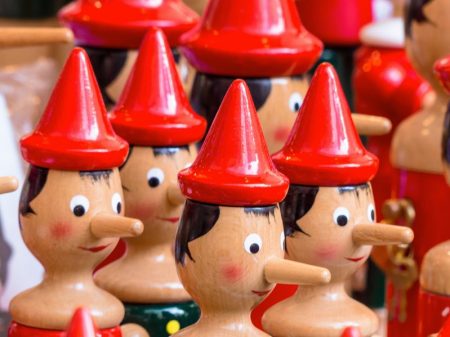 (Dec. 3, 2018) — The recently released National Climate Assessment (NCA4) is a perfect example of what I have called the one-word hoax (Will versus Might). This hoax is to say that extreme events that “might” happen (but are extremely unlikely) “will” happen. NCA4 systematically pushes this simple hoax.

Many analysts have pointed out that the NCA4 report is highly dependent on the use of speculative climate models. In many cases these “hot” models are completely unrealistic. In addition, the projection of adverse impacts on America is also based on questionable computer models.

In the process of commenting on the draft NCA4 report I did a systematic analysis of their reliance on speculative computer modeling, both for climate change and for adverse impacts. The report itself is wordy and voluminous, but every chapter has from 3 to 5 so-called Key Messages. These are one to two sentence summaries of the discussion.

Most of the 29 chapters are either on a specific region of America, or on a specific sector of the economy. There are just 118 Key Messages, so I analyzed each one to see if it was dependent upon speculation rather than facts.

I found that 99 (or 84%) of the Key Messages were based on highly speculative modeling of worst case future scenarios. This was not surprising, because the NCA4 authors were specially instructed to focus on worst case scenarios. The hoax is to present this speculation as established facts, which is just how the NCA4 Messages are being reported by the mainstream media. The media is thus hoaxed.

In addition to identifying these speculations, I submitted a formal comment on each one, pointing out its speculative nature. All 99 comments were ignored, as none of the Key Messages was modified to reduce speculation in the final report.

However, each comment posted by anyone is responded to in a massive 251 page table here. The responses to my comments make clear that they were simply ignored. Here is an example. My comment is below (with the required line numbers removed for ease of reading). Note that I always cite the exact text that I am commenting on.

“The present text is this: Disruptions to infrastructure and negative impacts on historic sites, health and well-being, and urban economies are already occurring and will become more common with a changing climate.

Comment: This text falsely states speculative projections of impacts as established physical facts. These projections appear to be based primarily on the use of questionable computer models. That climate change will have negative impacts has yet to be determined and appears increasingly unlikely.”

Here is the inane (and wildly false) response from the NCA4 team:

“This comment is inconsistent with the current state of the science on this topic.”