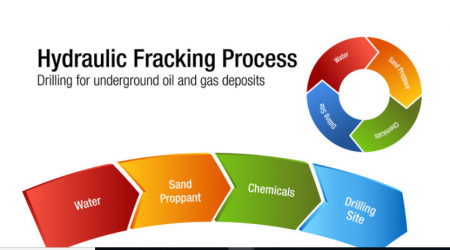 (Oct. 25, 2018) — Political pundits said it could not pass, but two recent polls suggest that the anti-fracking measure on Colorado’s upcoming ballot may win. As I recently wrote, Proposition 112 is an industry destroying “leave-it-in-the-ground” trick, artfully disguised as an innocent health measure. The news coverage has studiously perpetuated this naïve myth, so the trick may well work.

One of the polls is reported by the New York Times, which just says this about it: “One recent industry poll obtained by The New York Times showed 43 percent of voters in favor, with 41 percent opposed.”

There is not much to go on here, except that the vote is clearly too close to call, especially with 16% apparently undecided. We earlier heard experts saying that Proposition 112 might lose by 40 points, or 30% yes and 70% no. It sure does not look that way now, even given that polls are seldom accurate.

No information is given on who took the poll, how it was taken, etc. If it is indeed an oil & gas industry poll, it is unlikely to be biased in favor of anti-fracking.

But another poll has now been released that gives basically the same result, as well as some additional information. This one is from the American Politics Research Lab (APRL) in the Department of Political Science at the University of Colorado Boulder. The question on Proposition 112 is just a small part of the overall survey, which annually covers many aspects of the November elections.

That this is an online poll, with just 800 responses, would normally make the results pretty shaky. But the similar result among the two polls adds considerable credence.