“WHAT DOES ALL THIS MEAN?” 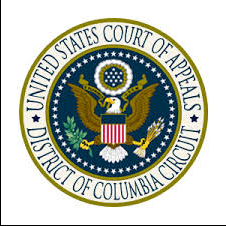 (Oct. 25, 2018) — I was very surprised this week to learn that the U.S. Circuit Court of Appeals for the District of Columbia Circuit accepted my request to file an Amicus Curiae brief in the case of Miller v. United States of America.  Andrew Miller, who once worked as an aide to Trump ally Roger Stone, has been held in contempt of court for refusing to testify before a grand jury in special counsel Robert Mueller’s Russia investigation. Miller attempted to quash his subpoena, but a judge ruled this month that he would have to testify.  Oral arguments in the matter are scheduled for November 8, two days after the midterm elections.

What makes this curious is that it is unusual to allow amicus curiae briefs in a criminal matter.  Yet, by an Order entered October 11, 2018, that is exactly what the Circuit Court did and now I have filed my Amicus Curiae brief.  Here is what is more curious:

4 Responses to "The D.C. Circuit Court of Appeals Wants to Hear From Me?!"