“OUT OF FEAR THE INMATES WILL WRESTLE BACK”

Harmer is housed at the Morgan County Correctional Complex (MCCX) in Wartburg. A frequent writer to this publication and others about Tennessee prison conditions, he goes on to say that he witnessed two incidents approximately three weeks apart during which Wagner respectively “grabbed an inmate by the neck and walked the inmate from Cell 7 to Cell 10 with his hand in the inmate’s neck” and “wrestled with an inmate.”

A copious documentarian, Harmer quoted from the TDOC policy for “Employee Code of Conduct” and Tennessee Code Annotated, which reportedly requires correction officers to “fully, faithfully, impartially, and diligently perform all the duties required” and not to “ill treat or abuse any offender” on their watch.

The Post & Email was not able to find the Employee Code of Conduct at the TDOC website.

At the bottom of page 1, Harmer added that Wagner has gone further by “beating inmate Jeremy Gordan, #369080” which he reportedly conveyed in a letter to WSMV, Channel 4 in Nashville in late July.

The letter was reportedly sent to former Channel 4 reporter Demetria Kalodimos, who left the station at the end of last year.

“Out of fear the inmates will wrestle back with Cpl. Wagner so they will not get beat up,” Harmer wrote at the top of page 2.

Over the last year, The Post & Email has received numerous reports of employee misconduct at MCCX including pitting inmates against one another in physical altercations and physical abuse on the part of correction officers. 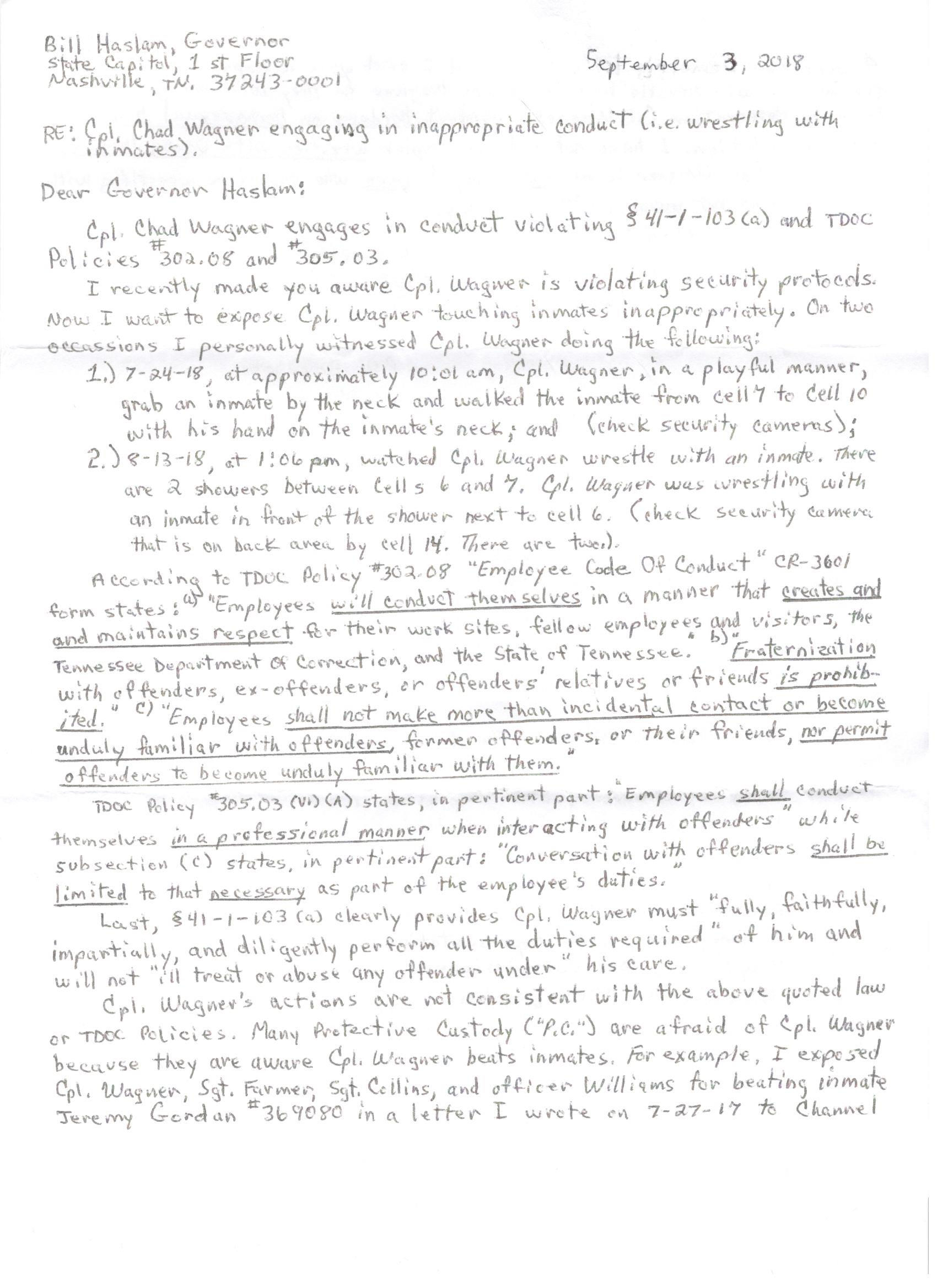 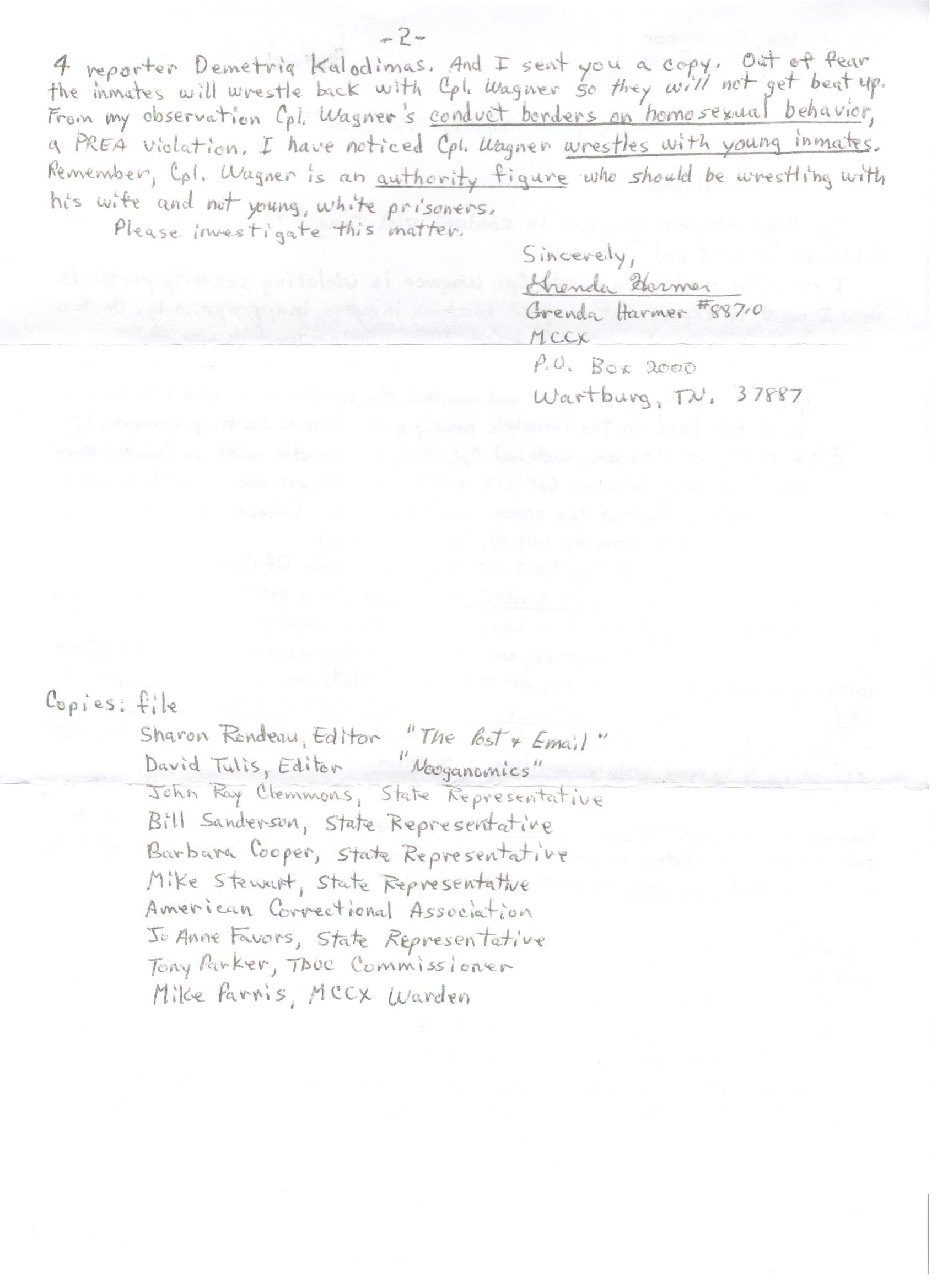