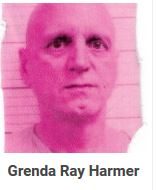 (Sep. 14, 2018) — A second letter received Thursday from Tennessee inmate Grenda Ray Harmer, #88710, states that his Antivert medication has yet to be reinstated after approximately five months and that he is experiencing resultant frequent dizziness and lack of sleep.

Staff at the Morgan County Correctional Complex (MCCX) appear to have provided no reason as to why the medication has not been dispensed and at whose order it was discontinued.

“I’m not feeling well. I’m in a constant state of mild dizziness and only get 3 hours of sleep nightly,” he wrote. “If I’m lucky I’ll get 4 hours of sleep.”

The Post & Email has contacted TDOC Communications Director Neysa Taylor on two occasions regarding Harmer’s reports that the prescription medication has been missing from his regimen since at least May.  Our first communication received a response from Taylor stating that she would advise the appropriate medical staff of our report, while the second inquiry received no response.

One Response to "Harmer Reports Illness from Lack of Medication"