SHOULD AMERICANS BE CONCERNED?  ARE WE? 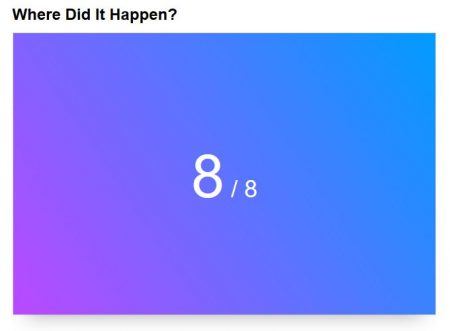 (Aug. 5, 2018) — On August 2, The Clarion Project posted an eight-question quiz in which radical Islam was involved in heinous crimes, resulting in what could be some surprising results.

This writer took the quiz and scored 8/8 without having read the text of the article, which hints that “geography,” “history,” and having “expert” knowledge of “radical Islam” are not necessary to score well on the quiz.

Questions involve domestic violence, the slaying of 49 people at a public location, and the presence of Islamic terror training camps connected with a specific offshoot of a major group known for terrorism.

A related quiz linked at the bottom of the article asks, “How is North Korea tied in to radical Islam?” The quiz is dated June 12, the day President Trump met with North Korean dictator Kim Jong-Un in Singapore, resulting in an agreement to repatriate the remains of U.S. soldiers killed or missing in the Korean Conflict more than six decades ago, as well as the complete and verifiable denuclearization of the Korean Peninsula.

Reports have indicated that Kim continues to develop his weapons program, although Trump has voiced confidence that Kim is abiding by the agreement.

Another article in the same Clarion Project daily digest is titled, “Look Who’s Being Hosted at a US College” and refers to Barnard College, the women’s division of Columbia University in New York.