“NO ONE COULD KNOW WHAT THEY WERE DOING” 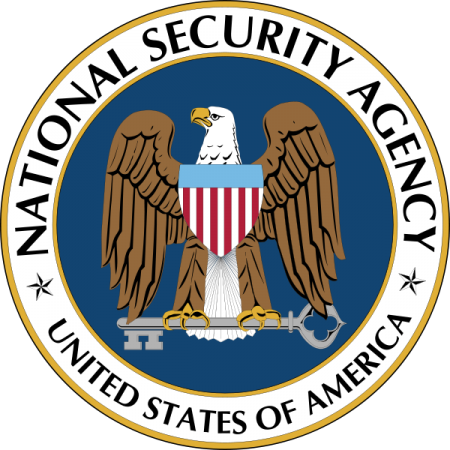 (Jul. 22, 2018) — At approximately the 1:10:00 point in an interview on “Patriots Soapbox” last week, Obama birth certificate investigator Mike Zullo and a media colleague, Carl Gallups, opened a new topic of discussion describing the secret collection of data on American citizens by the CIA, NSA and office of the Director of National Intelligence.

The data collection was reportedly conducted through a then-NSA/CIA contractor, Dennis Montgomery.

In late 2013, Montgomery approached the Maricopa County, AZ Sheriff’s Office (MCSO) with the claim that tens of thousands of county residents had become victims of bank-account breaches and possibly identity fraud. Soon thereafter, then-Sheriff Joseph Arpaio hired Montgomery to work as a confidential informant to organize the millions of records he said he possessed to prove his claim.

Zullo, a former detective who conducted a 5+-year investigation of the “long-form” birth certificate image posted on the White House website in April 2011 and found it to be fraudulent, was tasked by Arpaio with overseeing Montgomery’s progress over the course of approximately a year.

Montgomery’s work was permanently interrupted when U.S. District Court Judge G. Murray Snow ordered the collection of all of his work product to be delivered to his chambers during hearings in a 2015 civil case against Arpaio.  A second defendant in the case was Arpaio’s chief deputy, Gerard Sheridan.

During the April hearings, Snow asked Arpaio and Sheridan questions regarding alleged reports that Snow had “colluded” with the “Department of Justice” about the case even though neither Arpaio nor Sheridan had suggested such communication.  During testimony, Arpaio stated that a confidential informant hired by his office had reported that “someone” had breached the email accounts of judges, to include Snow; of more than 50,000 bank accounts of Maricopa County residents, law enforcement officials and of defense attorneys representing Arpaio’s office in a case filed by the Department of Justice in May 2012.

On Friday of that week, Sheridan confirmed that “the sheriff and I were concerned about the CIA wiretapping our phones.”

Snow then mandated that all materials gleaned from the confidential informant, Dennis Montgomery, be preserved and turned over to him…

The judge has outed Arpaio and a confidential informant that Arpaio had been doing some work with…the guy’s first name is Dennis…there are reams and reams,…terrabytes, terrabytes of reams of information that Arpaio and these guys have through this confidential informant and other things…there was…apparently there were people involved in tracking information and collecting information on citizens, including judges and including law enforcement officials, etc., around the nation, coming right out of our government offices, and apparently Arpaio and Zullo are privy to a lot of that…

Snow’s citation of Arpaio for civil contempt of court later that year was referred to the Justice Department, which announced it would prosecute as Arpaio sought reelection to a seventh term as Maricopa County Sheriff. After his reelection bid failed that November, Arpaio was found by another federal judge, Susan R. Bolton, to have committed criminal contempt of court, with sentencing scheduled for October of last year.

Last August 25, President Donald Trump issued a full pardon to Arpaio, which canceled the sentencing hearing but did not expunge Arpaio’s criminal record, an issue Arpaio’s legal team continues to pursue with the Justice Department.

Just after broaching the topic of government surveillance on Wednesday’s broadcast, Zullo reminded the audience that Montgomery had gone to a federal judge to divulge his findings.  “This gentleman did not build the computer system, per se, that is called ‘The Hammer,'” Zullo said; “he built the hacking software that was able to penetrate computer systems and bypass all their security measures and go into a computer system anywhere in the world, become the administrator for approximately an hour and a half without detection and download anything they wanted.”

Zullo stated that a program dubbed “THINTHREAD” created by three former NSA software developers was “pirated” by former Director of National Intelligence James Clapper and Former CIA Director John Brennan and termed “TRAILBLAZER.”  Unlike THINTHREAD, which Zullo said gathered encrypted information, data collected by “TRAILBLAZER” was not encrypted.  “What they did is they pirated the software created by the previous individuals and then stripped away the Fourth Amendment protections,” Zullo said.

The Fourth Amendment protects Americans from illegal search and seizure of their personal effects and information.

Unlike “metadata,” which Clapper had eventually admitted was collected by the government on American citizens after first denying it in 2013, TRAILBLAZER yielded “emails in totality, phone calls, bank account information, evidence of bank fraud information…a host of things going on that they were collecting,” according to Zullo.

“This program has never ceased,” Zullo continued.  “General Hayden was being reprimanded by I believe it was the Intelligence Committee, and he was ordered to shut down THINTHREAD…but that’s not what happened.  THINTHREAD was offloaded to our informant, and he was operating out of Nevada.  And they immediately put a Special Access Program seal on it; in other words, it wasn’t even in the view of Congress. No one could know what they were doing.  That program’s never been shut down; that program is up and running, and it has been; it’s probably been greatly enhanced by now.”

[Editor’s Note:  While NSA director in April 2000, Hayden provided a prepared Statement for the Record to the House Intelligence Committee.  As CIA director, Hayden testified to the Senate Judiciary Committee in July 2006.]

Zullo then turned the program over to Gallups, who stated that Zullo is “in possession of a url trail that leads to the Hawaii Department of Health Records Department and the University of Hawaii Records Department.  That url trail then leads to a server in Jakarta, Indonesia, and then from there, back to Washington, DC. There was an information flow of coming and going, breaching of government computer systems — Department of Health in Hawaii, University of Hawaii’s archives, historical archives — and all of that was making its way through this pipeline back to Washington, DC, and the urls trace to the CIA.  And the server in Jakarta was a CIA server.  Now the timeline of all of this is interesting because all of that was going on just before Obama’s long-form birth certificate magically appeared on the government website.”

Zullo revealed that information last December in an interview with Gallups.

Hayden, Clapper and Brennan have shown a strong and particular animus toward Donald Trump since he took office, with Brennan calling Trump “treasonous” after he met with Russian Federation President Vladimir Putin last Monday in Helsinki, Finland.

Following the 1:19:30 mark, Zullo said that Montgomery’s reputation was “destroyed” after he left government contractual employment.  After the FBI raided his home in 2006, a federal judge ruled that the FBI had violated Montgomery’s Fourth Amendment rights.

Zullo then recounted that Montgomery, although loathing interacting with the FBI yet again, in late 2015 spoke with two agents and provided his evidence to James Baker, then FBI Director James Comey’s special counsel.

Early this year, Baker resigned; Comey was terminated last year; Strzok remains on the FBI’s payroll while denied a security clearance, and Page resigned from her post as counsel to the FBI’s deputy director in early May.

At 1:32:40, the name of former Rep. Joe Walsh arose, at which point Zullo said, as The Post & Email reported on Wednesday, that Walsh had promised to read into the Congressional Record a summary of Zullo’s findings to date.  Zullo said after hurriedly preparing the document and sending it via FedEx over the Christmas holiday, Walsh reneged on his promise.

Walsh has also been strident in his criticism of Trump.