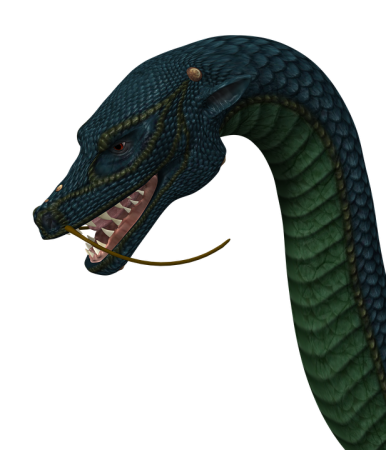 (Jun. 24, 2018) — University of Delaware students, faculty, administrators and trustees must truthfully answer a simple, but important question: Would this conduct have been ignored or excused if the targets had been Muslim?

A recent article by the editor-in-chief of the school’s student newspaper proclaimed “Green Dragon slayer for hire, in a geography department near you: To members of the Cornwall Alliance, environmentalists are satanic ‘Green Dragons,’ sent from the bowels of hell to threaten world order and harm the needy.”

The article relies heavily on Iliff School of Theology sociology professor Antony Alumkal, whose book Paranoid Science Owens asserts “charts the long and complicated relationship between science and the American Christian evangelical movement, examining the intra-religious tensions that have accompanied various strands of science denial, including the intelligent design and anti-environmental movements.”

Expanding on this, Owens falsely claims “far-right American evangelicals have been responsible for some of the most radical opposition to scientific positions regarding topics such as climate change and evolution, working in close tandem with secular free-market idealogues.” [sic]

“To find religious justification for their activity,” he says, “Christian anti-environmentalists” and groups like Cornwall “claim a specific literal interpretation of Genesis, finding free market justification in passages that describe God giving humans unrestricted reign over [the] earth. According to the interpretation, God granted humans dominion over the planet and the license to exert power over earth’s resources. From here, environmentalist attempts to regulate fossil fuel use, for instance, stand contrary to man’s God-given destiny.”

Underscoring his bias and intolerance, a cartoon accompanying the article depicts a cute, frightened green dragon carrying a “recycle” placard being attacked by members of a Christian mob dressed in nineteenth century garb straight out of a Frankenstein movie, and brandishing a cross, torch and pitchfork.

In his imagined coup de grace, Owens claims that “groups like” Cornwall have received “indirect” funding from fossil fuel companies, such as Exxon Mobil – and “government officials and climate activist groups have questioned Legates’ funding and motivations, possibly traceable to fossil fuel industries.”

Owens didn’t even give his target organization its proper name, and clearly didn’t review its actual policy and religious positions. I’ve co-authored articles with Professor Legates and know him, the organization, Cornwall founder and national spokesman Calvin Beisner, and many of its staff and advisors very well.

First off, it’s the Cornwall Alliance for the Stewardship of Creation. Those final four words underscore what this fine organization is, what it stands for – and how disingenuous Owens’ article is.

In no way does Cornwall or anyone affiliated with it promote or condone “unrestricted reign” over our Earth or a license to exploit its resources without legal or regulatory constraints. They hold that people are integral and rightful inheritors and stewards of our planet, with a God-given right to utilize its energy and other resources to nourish and sustain humanity – responsibly, for this and future generations.

“Godly dominion,” Beisner explains, “means enhancing the fruitfulness, beauty and safety of the Earth, to the glory of God and benefit of our neighbors and humanity. Because humans are imperfect, and some take impermissible advantage of opportunities, government rules against fraud, theft, violence, pollution, and harm to other people’s health and property are necessary and proper restrictions on our dominion.”

Nor is Cornwall anti-environment or against environmental groups, though it definitely opposes extremist forms of environmentalism. Cornwall’s DVD lecture series “Resisting the Green Dragon” makes that distinction and, as Beisner notes, clearly and persuasively explains that “much radical environmentalism is indeed an alternative to the Christian religion, is thus acceptably termed ‘pagan’ in its nature-focused views. It also often does indeed strive to establish a powerful, dominant one-world government.”

The “Green Dragon” DVD series prompted the title for the Owens article, and some of its misguided criticisms. In his own Dragon lecture, Legates says segments of the scientific community improperly engage in “post-normal science,” altering or distorting facts to advance political goals. Owens suggests that this is not happening and claims Legates is in denial about human-caused climate change.

However, even Dr. Mike Hulme, a former member of the IPCC and University of East Anglia’s Climatic Research Unit (and an evangelical Christian), said post-normal science focuses on “the process of science – who gets funded, who evaluates quality, who has the ear of policy makers” – rather than on what should be an honest, transparent, evidence-based scientific method. Hulme called the IPCC “a classic example.”

Moreover, like many other scientists, Legates has explicitly affirmed that climate change is frequent and recurring, and people play a role, especially at local levels but even on global scales. What he denies is that carbon dioxide emissions are the primary driver and manmade change is likely to become disastrous.

All this puts Cornwall at odds with political activist groups that use sustainability and climate change to justify their positions against fossil fuels and economic development. All people, Cornwall says, should be able to develop the natural resources needed to maintain or improve their health and wellbeing.

It is especially immoral to tell Earth’s most destitute, diseased, malnourished, energy-deprived countries and families that they can improve their ghastly situations only at the margins. Or only to the extent that they can do so only with renewable energy – and without fossil fuels, genetically engineered crops like Golden Rice, insecticides to combat disease-carrying insects, and other technologies that wealthier nations have used to give billions of people living standards that few could even dream of a century ago.

Caring, ethical students, universities, environmental groups and people of faith do not politicize or pervert “sustainable development” concepts in ways that ignore the needs of current generations. They do not say people living today must refrain from using natural resources, based on completely unpredictable raw material requirements of completely unpredictable, constantly evolving future technologies. They do not seek to protect people from exaggerated future dangers that exist mostly in bald assertions, questionable science and computer models – while perpetuating dangers that are very real, even lethal, right now. 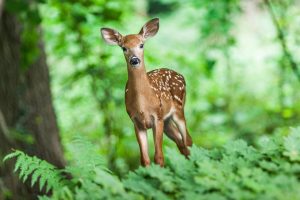 Caring, ethical people do not condemn fossil fuel, nuclear and even hydroelectric energy, while promoting energy that is land-intensive, destructive to wildlife and habitats, expensive, weather dependent, unpredictable, sporadic, and completely inadequate to power modern industrialized economies, lift people out of poverty – or even manufacture more wind, solar and biofuel installations.

These principles put David Legates and the Cornwall Alliance for the Stewardship of Creation firmly on the side of humanity, evidence-based science, and mainstream environmental and Christian thinking.

Finally, as to funding, Legates and Beisner have told me neither they nor Cornwall ever received “one dime” from any fossil fuel company. Owens’ slick, crafty suggestions that they did could have meant he has a job waiting for him at MSNBC – except that the claims are libelous, especially in the context of the headline claim that Legates is “for hire” by Cornwall or an oil company. (Meanwhile, six progressive-climate alarmist religious groups received over $3 million in nine years from liberal foundations, some of which have clear financial stakes in renewable energy policies. Why is there no problem with that?)

Imagine the outrage it would have generated if the professor’s conservative, environmental and climate views were rooted in the Koran and his Muslim faith. Or the cartoon had featured a woman in a hijab and a bearded man waving a banner emblazoned with a star inside a crescent moon.

And it’s not just the double standards. This is yet another attempt to intimidate and silence unwelcome voices on campuses. It has to end – and be replaced by open, robust, respectful, tolerant free speech for all.

Paul Driessen is senior policy analyst for the Committee For A Constructive Tomorrow (www.CFACT,org) and author of articles and books on energy, climate change, carbon dioxide and economic development.