Harmer Continues to Sound Alarm on Lack of Security

“A P.C. INMATE COULD EASILY BE HURT OR KILLED…”

(Jun. 22, 2018) — In a formal follow-up to a letter published on Wednesday, TDOC inmate Grenda Ray Harmer, #88710, sent a memo containing examples, with dates and times, of protective-custody inmates reportedly being placed at risk from inadequate security measures.

Harmer has been in the “PC” section of the Morgan County Correctional Complex (MCCX) since early last August, having received what was deemed to be a credible threat from a gang member while in the general population. In addition to his eyewitness accounts, Harmer’s letter refers to security-camera video.

A frequently-mentioned complaint is that “the outer front door is constantly left unlocked.”

Harmer’s memo claims that contraband continues to enter “Unit #1” unabated and that inmates make many of the security decisions which should be the responsibility of correction officers.

On page 2, Harmer referred to the federal lawsuit he filed in March against the Tennessee Department of Correction (TDOC) claiming violation of his civil rights.

He additionally claimed that gang members are present in the PC unit and extend the same threats to inmates there as when they were housed in the general population, causing their victims to be moved to PC in the first place.  “At any moment a P.C. inmate could easily be hurt or killed if a population gang member wanted, really wanted, a particular inmate on P.C. status,” Harmer wrote. “The only reason gang members have not tried to enter Unit #1 and attack P.C. inmates is because they are selling drugs and other contraband to P.C. inmates and are making a lot of money.” 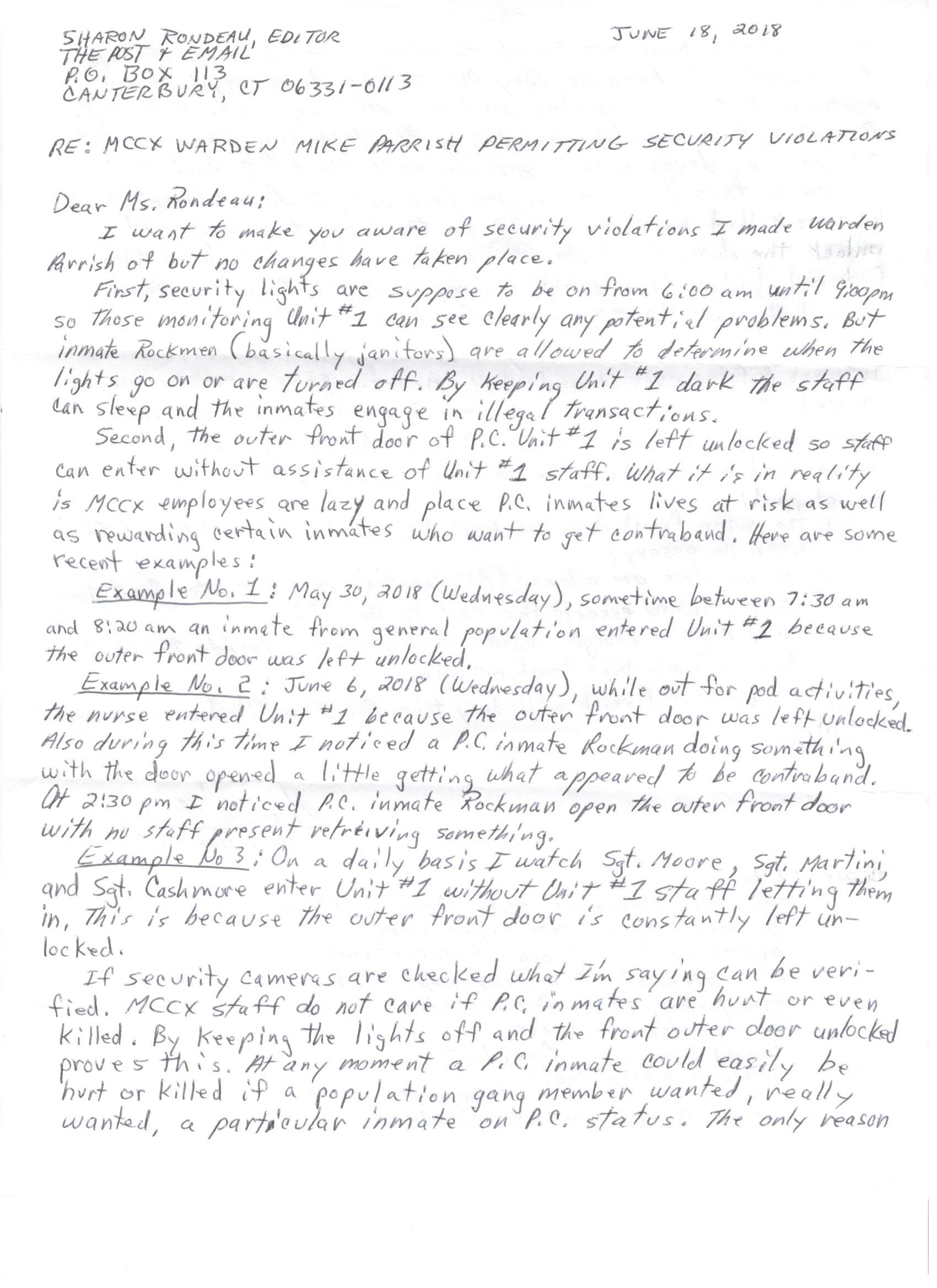 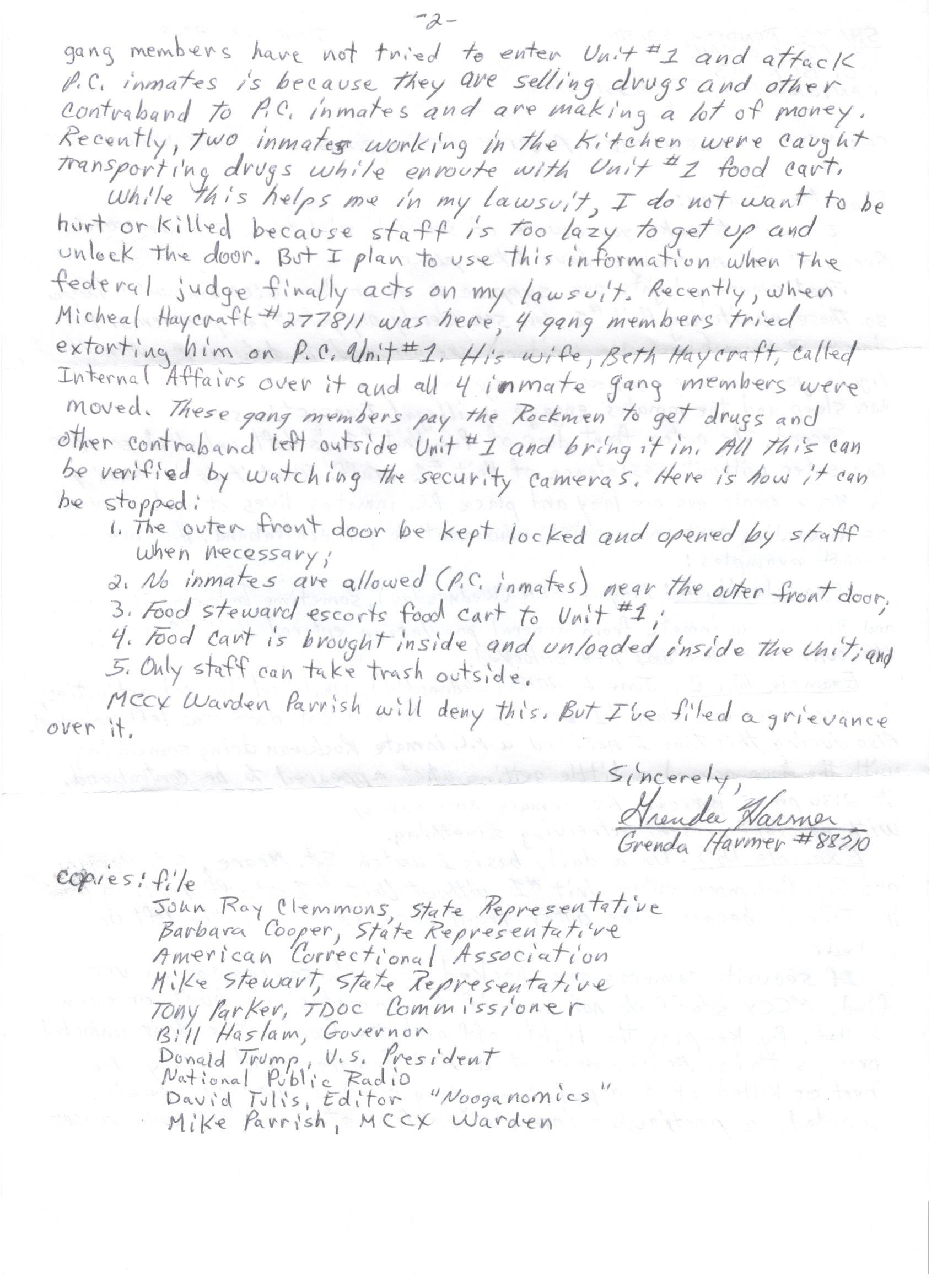 Harmer Continues to Sound Alarm on Lack of Security added on Friday, June 22, 2018