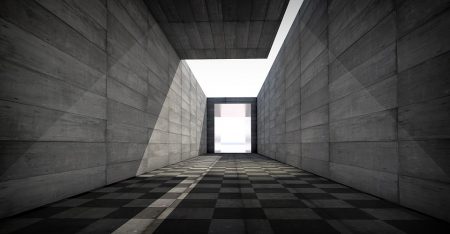 (May 4, 2018) — “Good evening, ladies and gentlemen, and welcome to the second day of the convention for the impulsive. Hello, my name is Roving and I’m the host for this assembly of those who feel like David Brenner when he changes into The Hulk. To begin this session I’m supposed to read a few announcements, and the first one is that this convention is only for Americans who served in combat. I understand that a lot of people had to be turned away yesterday, and that’s too bad, but I’m sorry; we don’t feel as if Hillary not getting elected is cause for freaking out. And we don’t count being away from home, stuck on a Navy ship, steaming around in circles as an excuse for going nuts.

“Furthermore, English is spoken here; all of us are citizens, and our stories are of surviving and nothing more. There was a bunch of hoopla made of a young man saving some lives in a Waffle House in Nashville, Tennessee, recently, and if any one of us was there and had the opportunity to do the same thing we would’ve.  I also guarantee you that when it was all over and done with we would’ve walked out the door and that would’ve been the last anybody would’ve seen of us.

“And now Dave from the U.S. Army is back with us. Well, Dave, are you ready to talk to us, maybe share your story?”

“I’m sorry, you got me confused with someone who, well, cares.”

“Starting right now I was never in the Army; never went to Vietnam; and never had any Hershey Bars*. So I don’t belong here. You people are nothing but a bunch of kooks and I’m out of here.”

“Hold on, there. It says here you saved a bunch of guys during a firefight.”

“So? Besides, that was someone else, not me. It was just someone else. So long, suckers.”

“And off the stage he goes. Is the Professor in the house? Oh, here he is: Professor Zorkophsky, the eminent nut psychiatrist.”

“Please, Roving, call me ‘Zork’; no need to be so formal. What Dave just displayed is what in the profession is called ‘Denial Syndrome.’”

“What’s it called not in the profession?”

“So what does it mean? Does it let Dave off the hook? Is Dave cured?”

“No and no: Denial is no defense and there is no ‘cure’ for PTSD; the best one can hope for is to accept it, put it on the back burner, and then go on with your life. Many people do what Dave is trying to do, and it may even work for some of them, although I’ve never heard of a successful denial ploy ending well.”

“Okay, but what about nightmares? How does one cure them?”

“Not by pills, that’s for sure. Time is part of it, but the most important share is opening lines of communication. It’s amazing how many men can’t say to their wife three little words: ‘I love you.’ For the PTSD men it’s like laying open a wound, exposing their soul, volunteering to become vulnerable. So they figure they know the wife knows they love her and that’s that.

“So the wife steps out to look for someone who will say those magic words and there goes another marriage down the drain; no more son-in-law and no more daughter-in-law; no more in-laws: a whole slice of the American Pie removed from the table.”

“Other than fire Jeff Sessions, no, except to say if the VA prescribed any pills, flush them. There’s always hope and don’t give up, but don’t go overboard about it. Remember: moderation is the key so don’t do anything that you may regret.

“On the other hand, do whatever it takes to get well, to get off the pills and the booze and the drugs and hope that the one who said that they would stand by you ‘till death do us part’ is still there at the end of the tunnel.”

“Very well put, Zork. And so we’ve come to that time where, on behalf of the crew, I’ll be wishing you all a goodnight: Goodnight.

[*Hershey Bars: colLoquial term for medals; ribbons worn on the left breast of the uniform.]