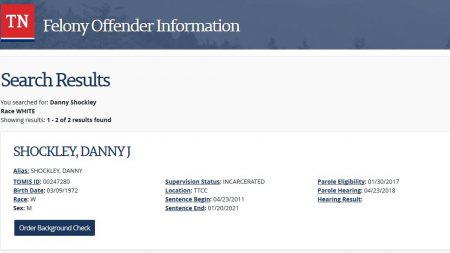 (Apr. 10, 2018) — A Tennessee state inmate whose lack of treatment for advanced Hepatitis C was aired on the “Nooganomics” radio show in mid-March reported in a letter received on Tuesday that as of March 30, he began receiving treatment for the disease.

Danny Shockley, #247280, who is housed at the Trousdale Turner Correctional Center (TTCC) in Hartsville, TN, has written to this reporter for months describing pain in his side and confirmation from blood tests, albeit few and far between, that the Hepatitis C with which he was diagnosed years ago had caused highly-elevated liver enzymes.

On March 14, this writer was a guest on “Nooganomics,” hosted by David Tulis, to speak about Tennessee prison conditions in general and the reported lack of medical care by dozens of inmates.

Very similar reports were made beginning in 2016 to then-WSMV (Channel 4) longtime anchor Demetria Kalodimos, who appeared in a four-part series last June with which CoreCivic, owner/operator of TTCC and several other Tennessee prisons, took issue.

Jeremy Finley of the Channel 4 I-Team has also published a significant number of articles about Tennessee’s prisons, demonstrating the ferrying-in of contraband and subsequent posting by some inmates of videos and “selfies” on social media banned by prison policy.

Shockley reported in his recent letter that he is being treated with Epclusa rather than Harvoni, a highly-successful drug in Hepatitis C therapy.  The manufacturer of Epclusa, Gilead Sciences, Inc., appears to also manufacture Harvoni.

As of March 21, Shockley had not only not received medication for the Hep C, but had also been denied Omeprazole for his acid-reflux disease for approximately a two-month period.  In a previous letter, he reported that that medication had been reordered and restored without his having to visit the clinic, a statement he reiterated in the April 2 letter just received.

“I take it they dont want me in the clinic,” Shockley concluded. [sic]  “The less I’m there the less I have to greive about thats faulty thinking in it’s self. [sic]

On January 31, 2017, Dave Boucher of The Tennessean reported that a state study completed the prior year showed that out of “3,487 inmates known to be infected” with Hep C, “only eight [were] receiving the best available treatment.”  Boucher said that the TDOC claimed that the simple act of drawing an inmate’s blood “constitutes treatment,” a claim borne out by enclosures Shockley has sent with his letters indicating the dates he had blood drawn, with a health professional claiming that he was, in fact, receiving “treatment” for Hep C.

Shockley’s two-page letter follows in which he thanks The Post & Email for publicizing his medical situation.  “I’m hoping it will help the greater good of all inmate’s accross the state of Tennessee, and where ever Core Civic or C.C.A. has there mitt’s on us,” he wrote. 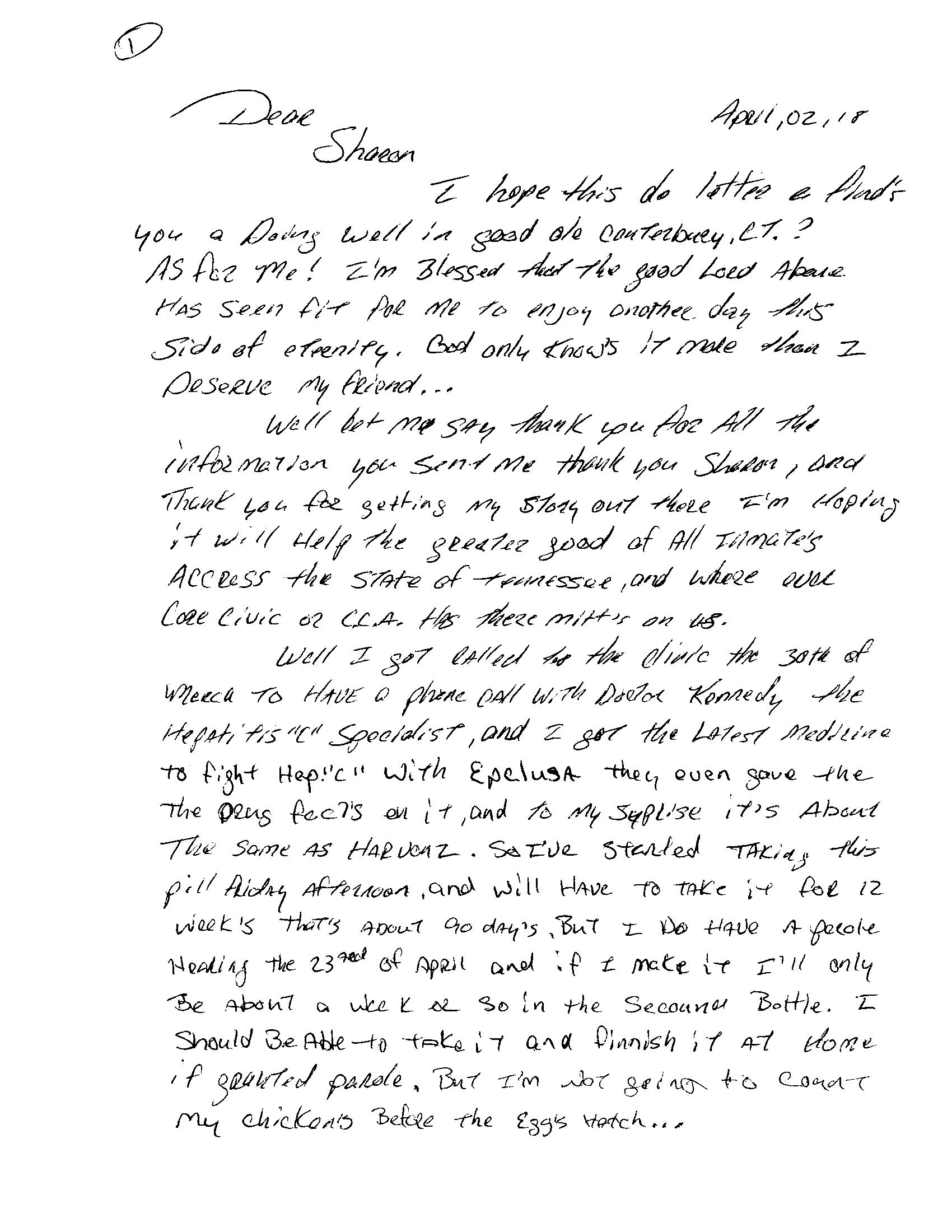 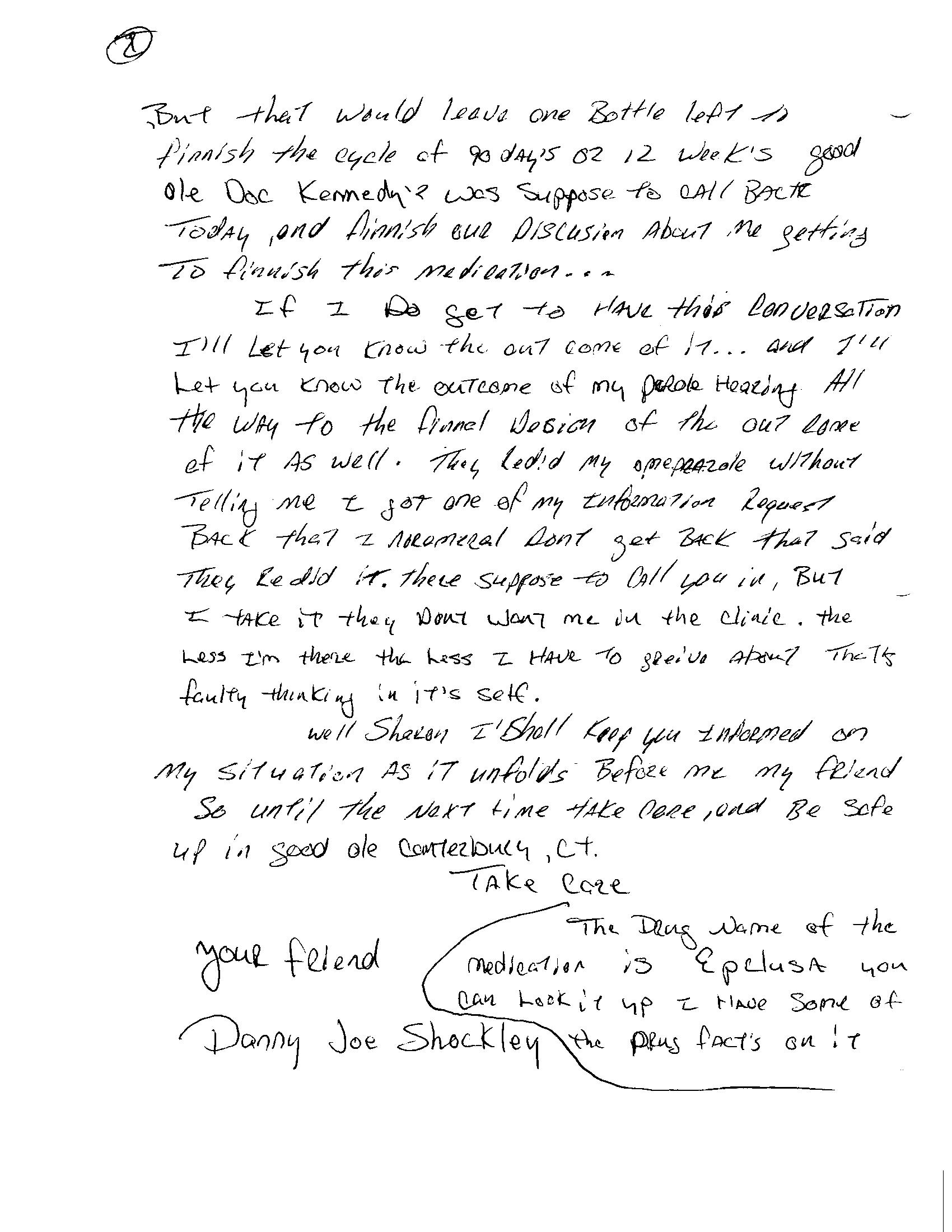