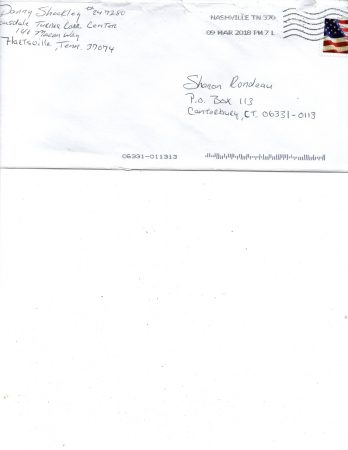 (Mar. 21, 2018) — In a letter dated March 7 and postmarked March 9, 2018, TDOC inmate Danny Shockley, #247280, reported that the Omeprazole he was prescribed by a physician for acid reflux disease ran out in late January and has not been reordered.

Shockley is housed at the Trousdale Turner Correctional Center (TTCC), which is fully owned and operated by private prison company CoreCivic, which is based in Nashville.

Earlier on Wednesday, the wife of an inmate residing at the Core Civic Whiteville Correctional Facility (WCF) reported that her husband had gone without two potentially lifesaving medications for two weeks.  Within less than two hours of the publication of our article, she contacted us to say that “the Medical Director for TDOC called me personally. I explained the situation, and included that I had just talked to Chris and he finally got his meds, and he told me he would be calling Mr. Prescott at WCFA. He gave me his cell phone number and said that if I have any issues in the future, to please contact him.”

Shockley had previously told us that on January 30, a small supply of Omeprazole was made available to him but was used up weeks ago.  “Now I’ve nothing to help with acid reflux except for the no-acount [sic] chewables that dont work for me.  I have to take anywhere as to 16teen or more a day for heartburn.”

Shockley has reported that the Omeprazole was allowed to lapse last year for 2-3 months but was reinstated in November.  In late December, he wrote that he suspected that there would again be a lapse in the supply of the medication at some point.

Shockley has also frequently written that the Hepatitis C with which he was diagnosed some time ago has worsened based on lab results showing that his liver enzymes are highly elevated.  He has reported having asked questions of TTCC medical personnel to request a trial treatment of Harvoni, a newer medication for the potentially deadly disease which is highly effective if administered in time.

Last year, Channel 4 in Nashville interviewed a number of inmates’ relatives who described their loved ones as being deprived of proper medical care “for months” at Trousdale.

Efforts in the past to obtain a statement from CoreCivic spokesman Jonathan Burns have proved fruitless for this writer.  Similarly, a formal letter sent to Executive Vice President Harley Lappin in January 2017 about reported TTCC conditions copied to TDOC spokeswoman Neysa Taylor and Commissioner Tony Parker remained unanswered.

Taylor has told The Post & Email that she cannot comment on letters received by others which she has not been able to personally authenticate.  Taylor has said that in regard to CoreCivic-operated facilities, ultimately the TDOC is responsible for seeing that the facilities are running according to TDOC policies and procedures.

As with all TDOC inmates, Shockley’s incarceration is verified using the TN.gov FOIL lookup tool. 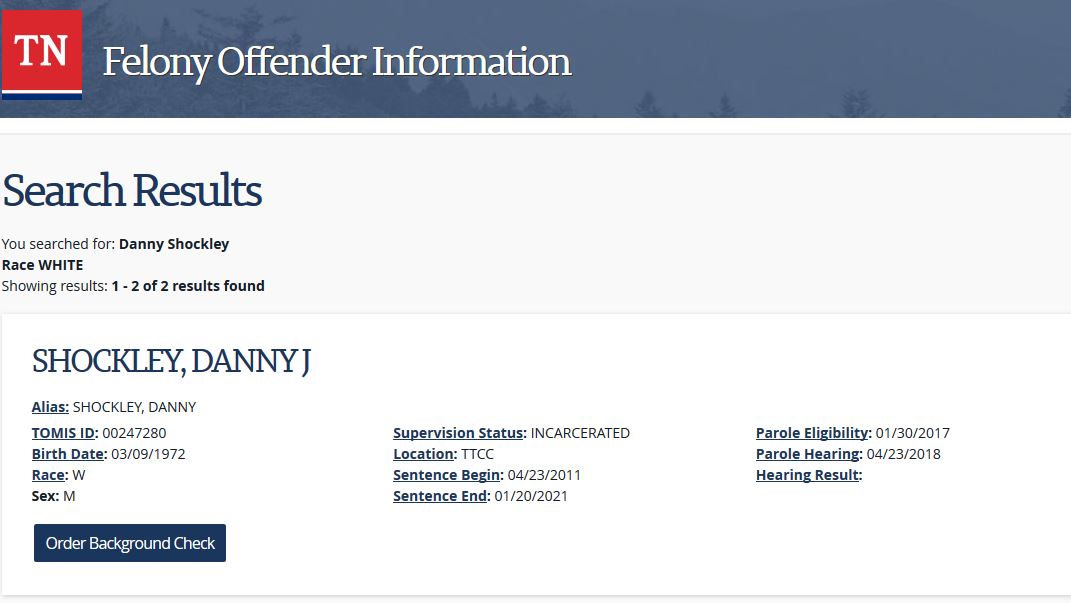 Shockley is aware that his Hep C situation could result in death prior to his scheduled parole hearing next month and suspects that the treatment plan he was provided to include Harvoni will not be implemented for reasons of dollars and cents.

In January 2017, Dave Boucher of The Tennessean reported that only eight of more than 3,500 of TDOC inmates diagnosed with Hepatitis C were receiving treatment for the disease, and Gov. Bill Haslam (R) requested half the amount of money recommended by the TDOC to treat the affected inmate population.

The relevant portions of Shockley’s letter are below.

At the end of last month, Shockley submitted a request to TTCC’s medical director, Cynthia Pratt, for a refill of his Omeprazole.  “If you could be so kind as to get me an appointment to be seen by Chronic Health Care so I wont have to do without my medication the omeprazole it would be greatley Appreciated Thank you,” Shockley wrote on February 28, 2018. 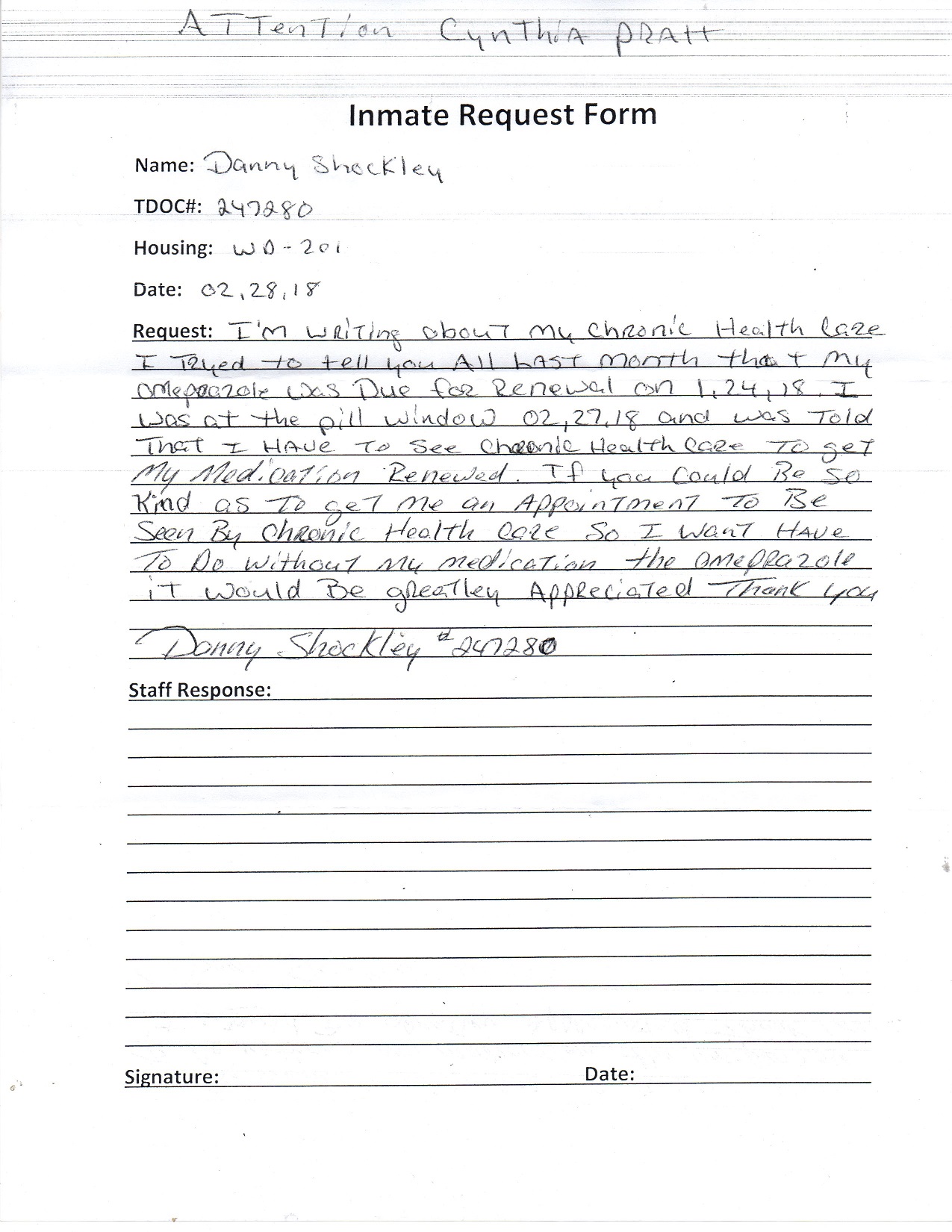 We have not yet heard whether or not Shockley’s Omeprazole has been reinstated.