“HE HAS TO HAVE THESE TO LIVE” 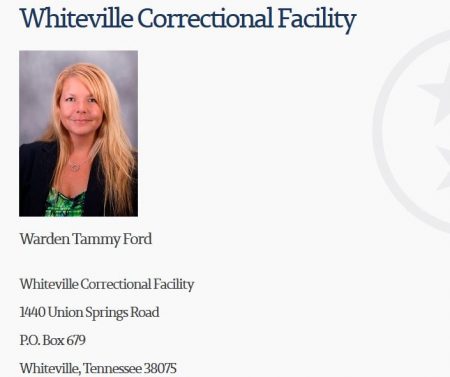 (Mar. 21, 218) — Late on Wednesday morning, the following email was received along with two audio-recordings, copied to anther media outlet and 15 Tennessee state legislators:

I am the wife of inmate Christopher Robertson #322628 at Whiteville Correctional Facility. I am writing to ask for help. He has not received his vital medication (nitroglycerin for his heart and lisinopril for his blood pressure) in two weeks. He HAS to have these to live. I have talked to the Health Care Administrator, Mr. Prescott at the facility. Attached are two conversations I had with him. The first is a phone call that he made to me after I left a voicemail for him begging him to please give my husband his medication. I don’t have that message recorded because I made that phone call from my office phone. However, I did speak to the Warden’s Secretary before that phone call and told her my concerns and she was the one that transferred me to his line. As you can hear from the phone call, Mr. Prescott went and talked to Christopher after receiving my voice message. He then called me back and pretended that everything was taken care of. However, it was not. Christopher still hasn’t received his meds. The second attachment is a phone call I placed today, 3/21/18, in which I relayed my concerns to the Warden’s Secretary and she said that my only avenue of resolution is through Mr. Prescott. She transfered me back to him and you can hear for yourself how that phone call goes.

Unfortunately, my husband is not the only one at the facility that is not receiving their medications. I have spoken with several that haven’t gotten them or that have gauze that hasn’t been changed in two weeks. I don’t know what the issue is with that facility, but something is wrong. They are going to kill someone and then there will be a lawsuit that the taxpayers have to pay. I have tried to reach out to the healthcare provider but they told me that they don’t handle medication at that facility. It is all TDOC. They only handle inpatient care which means when an inmate is checked into the clinic there.

I don’t want my husband to have a stroke or a heart attack. Please help me. If you can’t help me, pass this along to someone that can.

Core Civic has been severely criticized by inmates and relatives alike as providing inadequate medical care.

I don’t know who I contacted that got the word out so quickly, but the Medical Director for TDOC called me personally. I explained the situation, and included that I had just talked to Chris and he finally got his meds, and he told me he would be calling Mr. Prescott at WCFA. He gave me his cell phone number and said that if I have any issues in the future, to please contact him.