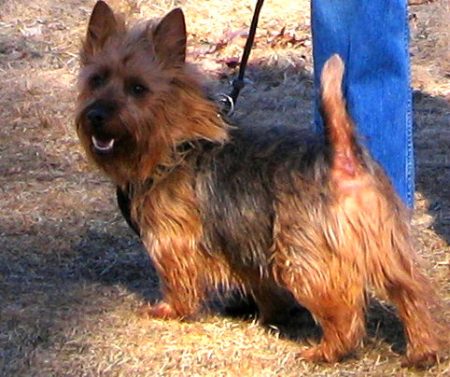 (Feb. 13, 2018) — “Good evening, ladies and gentlemen, and welcome to ‘Pulse of the Nation,’ the enjoyable info-news show. Hello, my name is Roving and I’ll be your host for this evening’s program. As you can see, we’re back on our corner about to waylay some of our neighbors to see what’s bugging them these days. You there, excuse me, Roving for ‘Pulse,’ the ever-popular info-news show that’s sure to captivate.”

“I bet. Okay, I’ve got some time to kill. What’s the question of the day? Dog and I watch your show, by the way. Needless to say, Moose – that’s my dog’s name, he’s an Australian Terrier – howls whenever he hears the Talking Dog.”

“That’s nice, but the dog doesn’t actually do any of the talking; the Vietnam Vet does the talking.”

“Try telling that to Moose.”

“I’ll have to take a rain-check on that. The question of the day is: what’s your name; what do you do and what’s bugging you these days?”

“Name is Jacob, I’m a playwright and my main bug is why isn’t Lois Lerner in jail?”

“A playwright? For real?”

“Is it short enough to show to us now?”

“Okay; let’s see it after this commercial.”

House lights dim; stage lights brighten; curtain rises to the theme of ‘Victory at Sea’ (0:57) on a stage that is set as the fantail of a US NAVY destroyer. A Navy Captain enters from stage right, walks to FRONT-CENTER and addresses the audience.

“What you are about to witness is a story that could be true. All we know are two facts: one, 30 years ago, a sailor, while on guard duty, went missing and, two, an unexploded bomb was recently discovered where that sailor’s ship was once tied to the pier. From what meager forensic evidence that was gathered, this play is a plausible scenario that may have occurred.”

And then at the end I play this song:

“Well, it’s not finished. This is just to get the idea moving along.”

“And that’s what we suggest you do. Who’s next? And you are?”

“With a fake French accent. Look, I’ve been to France so where are you really from?”

“The North side, but I really am a chef.”

“I am an author and come up with new and exciting recipes for special occasions. The one I’m working on now is to make a dish for those who will have to eat crow, people on CNN and Morning Joe, for prolonging the Trump-Russian lie for over a year now.”

“That’s pretty neat; does your dish actually have any crow in it?”

“No, of course not. It has pork and noodles with a rich Southern gravy. Actually it’s not too bad if you like that sort of thing. I don’t, but then to each his own, as they say.”

“What do you call your concoction?”

“I call it ‘Obligatory de Resistance’; that’s the French name.”

“What’s its name in American?”

“No political correctness in your kitchen, is there?”

“Never! How insulting! We frogs are pure in heart.”

“Of course you are, even pretend frogs. Now run along and serve up some crow. Have fun!”

“Time for one more? Look, no playwrights and no chefs, okay?”

“[Spoken with a real French accent] I resent that; I am the immensely proud owner of a theater in the round, where we serve delicious foods as we watch plays by The Bard.”

“Look, and I’m not kidding, but how do I get out of here? Where do these people come from? Who writes this, anyway? There must be a clause – probably in fine print – where we read about the party of the first and the party of the second part: maybe The Bard wasn’t so far out there after all when he wrote ‘First thing we do is let’s kill all the lawyers.’”

“My name is Henri (spoken with a real French accent), and my accent is real. I’m the owner of a round restaurant. Notice restaurant is a French word, you agree? You must agree; it would make me, how do you say, very happy.”

“Well, yes, but what does that have to do with anything?”

“It’s because you Americans are so American: too loud, too rude and too rich, yet you have no culture. Why, to you longstanding is some STOP sign in the middle of some Illinois prairie. Even more of our French — prairie — you agree again, I’m sure.

“You had a King (2:28) but he died of drugs, and speaking of drugs, all the drugs in the world end up in America. Why, you taint every country with the drugs: remember the movie The French Connection? There, I made my point.

“America infects the whole world with her insatiable appetite for drugs. What’s with it with you people, can’t keep hold of your Republic? Why, you can’t even execute the illegal immigrants that are killing you. We used the Guillotine. America is a joke and I, Henri from France, laugh at you: ha ha. Good day to you, you Mr. Roving, go find yourself a dumb American for some real laughs.”

“And off he goes. America does use a lot of drugs, come to think of it. You know how the Chinese solved their drug problem during their Cultural Revolution in 1965? They rounded up all the drug dealers and executed them: drug problem solved in one day. Anyway, our time is up and so, on behalf of the crew, I’ll be wishing you a goodnight: Goodnight.