“GET OUT OF MY COUNTRY” 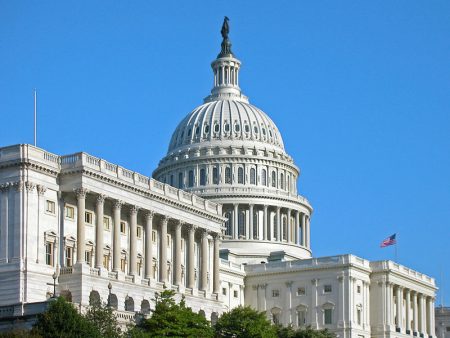 (Feb. 8, 2018) — “Good evening, ladies and gentlemen, and welcome to ‘The Pulse of the Nation,’ your favorite info-news show of the day. Hello, my name is Roving and I’ll be your host for today’s program. With me on the phone is Professor Zorkophsky, our eyes and ears in our nation’s capital. Hello, Zork, how’s the flu in Washington?”

“Hello Mr. Roving; hello, crew; and hello, audience. Flu is doing well; just got over it. This last week has been the most disappointing of my life; or almost the most; top ten, for sure; I think a memorable week in at least one respect, which would be the revelation of the potential number of government employees who have no respect for our Constitution and what it took to get where America is today.

“What it took for the USA, being what it is today, is eight years of a Muslim de facto president, aided by Eric Holder, Hillary Clinton, Loretta Lynch and Jeff Sessions, that has allowed millions of Muslims within our borders, welcomed with open arms by none other than our very own Department of Homeland Security, which I always refer to as the Muslim Relocating Services, the tax-payer funded Welcome Wagon for Muslim refugees, which is a catch-word for “invading army.” But then you look at what we have in our Congress. How did these people end up there, people like John McCain, Chuck Schumer, Nancy Pelosi, Paul Ryan and Mitch McConnell? You want to talk about a bunch of misfits, what kind of people do the FBI and the DOJ hire, anyway?”

“But not all of them are lost souls, are they?”

“Not all; that’s right. But, nevertheless, it’s too bad that bad apples can infect good apples, so let me ask you this: back in 2008, did the FBI know that Obama wasn’t born in Hawaii?

“I’d have to say they knew. Is there anybody left who believes that Obama* was born in Hawaii, or that ‘Obama’ is even his name?”

“Perhaps a few; isolated cases on isolation wards; solitary confinement; coma victims; the stupid and ignorant amongst us; the Hillary voters and the ‘we don’t care if Johnny or Jerome can’t read or write English, we’ll still vote the Democrat ticket’ people who support the Welfare State (entitlements); people who are ‘concerned’ over the welfare of the DACA Dreamers.”

“Look: Angel Moms should have 99% of the say about amnesty and so-called immigration reform. Wait: let’s make it 100%.”

“Oh, no doubt; I agree, but we were talking about the Muslim invasion.”

“What difference does it make if you’re murdered by an illegal immigrant or a Muslim? It’s all the same, isn’t it? Remember back when Obama took office, and the TV commercials changed? Guess what? They haven’t changed back, have they? What does that tell you? I’ll tell you what that tells me. It tells me that they’re on the same timeline, is what. Someday in the not-too-far-off future they’ll become the majority and legally vote to replace the Constitution with Sharia Law: it’s just a matter of time, and accelerated time, too. 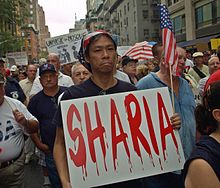 “Pamela Geller calls it CREEPING SHARIA, and she’s right. As I said, we’re being bombarded with advertisers and from the loonies on CNN. Every day. And that’s 24-7. How to save ourselves? Look around you. Do you see anybody who gives a hoot? Look at Washington, DC: see anything different? See CAIR’s** office with the lights on and the doors open: business as usual and the business of CAIR is to funnel money to HAMAS so they can kill Jews and all the other nonbelievers. What does that tell you? See the mosques all around our country? See the Muslims in the grocery stores from Main to California? And you think any of our politicians give hoot.”

“We used to shoot traitors, you know. Nowadays we just shake our head and look the other way. All those tombstones in Arlington National Cemetery will have been in vain. And you think anyone in our nation’s capital cares? Why, Congress is afraid to get rid of ‘entitlements***.’ Goodbye.”

“Goodbye, Professor, and thanks for talking with us. And that’ll do it for tonight’s program. It seems that our politicians don’t care for the Constitution as we thought they did, does it? Lot of hot air; lot of ‘committee talk’; lot of posturing; but nobody has the guts to call out Islam for what it is: a political philosophy that regulates women one status below that of a camel, equal with possum crossing a busy highway at night. And so, on behalf of the crew, I’ll be wishing you all a goodnight: Goodnight, but not to any illegal immigrants or Muslims. To you I say, ‘Get out of my country.'”

“There, I’d say we had a darn good show tonight. Burger time: my treat.”

[**Obama: the ‘Deep State,’ aka ‘Shadow Government,’ will do everything and anything to protect Obama’s identity, and if that means throwing anyone under the bus for any reason, so be it. Islam has invested multiple billions of USD to overthrow our government and they’re almost there; a lot closer than anyone of us thinks or can possibly imagine. Think of OPOVV as a voice lost in the wind and that’ll be the most truth you’ll receive today; same goes for Pamela Geller (Geller Report); Brigitte Gabriel (ACT for America) and Robert Spencer (Jihad Watch).]

[**CAIR: you want proof of stupidity? You want proof of our government not giving a hoot about our safety? You want proof of how utterly morally bankrupt Washington, DC, is?. then look no further than the Attorney General, Jeff Sessions, allowing Muslims to be in our country; mosques to be built everywhere; and CAIR, the organization that is working to replace our Constitution with Islamic Law (The Sharia) to operate OPENLY IN YOUR FACE while laundering monies collected for HAMAS, HEZBOLLAH and every other terrorist organization whose sole aim is to murder the innocents.]

[***Entitlement: the only entitlement any of us has is to pay our taxes and expect our government to keep us safe from invading armies of illegal immigrants and Muslims (who will not assimilate and would like nothing better than to ’kill the Jew and the Christian whenever Ye may find them’). The expressed plan of Islam is to subject the world under the domination of Sharia Law. They have been very adamant about their plans for the last 1,400 years, so what’s changed in the past month or so? Nothing. Meanwhile, how many Muslims have entered Europe, Canada and the United States in the time it took you to read this editorial? And then how many of our politicians have denounced this Muslim invasion in, say, the last year? We’re being distracted by the idiots while the invasion continues unabated.]