“NOT EVEN A SMIDGEON OF CORRUPTION” 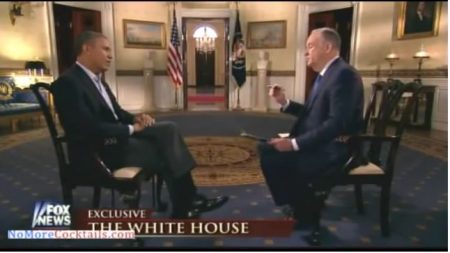 (Feb. 7, 2018) — As The Post & Email reported on Wednesday morning, the “legacy” media ignored news of the release to Fox News of additional text messages exchanged between FBI Special Agent for Counterintelligence Peter Strzok and FBI staff attorney Lisa Page, including one stating that “potus wants to know everything we’re doing.”

“Potus” is a widely-used abbreviation for “President of the United States,” who at that time was Barack Hussein Obama.

As of 8:30 p.m. EST, the only two “mainstream” outlets out of a host of alphabet and other media giants reporting the new development are USA Today and The Washington Post.

While the former article is balanced, The Post’s column is conspicuously titled, “Trump’s latest Peter Strzok text message ‘BOMBSHELL’ is just as dubious as its predecessors” in a reference to a tweet from the president shortly after the new texts became public during the 6:00 a.m. EST hour of Fox’s daily morning program, “Fox & Friends.”

The text message between the two FBI employees is dated September 2, 2016, two months after then FBI-Director James B. Comey stated at a press conference that then-Democratic presidential candidate Hillary Clinton would not be charged with a crime in connection with her use of a private email server while Obama’s secretary of state.

At the time, some in the media had reported that a number of rank-and-file FBI agents were demoralized by Comey’s announcement that Clinton would not face charges in connection with their investigation of her handling of classified information over the private email server.

The Justice Department’s inspector general, Michael Horowitz, is currently investigating allegations of political influence on the Clinton email investigation and other matters and is believed to be in the last stages of his probe, which was launched on January 12 of last year.

In April 2016, Obama told Fox’s Chris Wallace in a sit-down interview that he could “guarantee that there is no political influence in any investigation…in any case.”

In a February 2014 interview with Bill O’Reilly, Obama claimed that there was “not even a smidgeon of corruption” within the IRS as a result of the targeting of certain applicant groups for tax-exempt status.

Obama has claimed a birth in Hawaii based on a forged birth certificate and no corroboration from any hospital in the Aloha State. His Selective Service registration form was also declared fraudulent by an investigation conducted by an adjunct of the Maricopa County Sheriff’s Office (MCSO) between August 2011 and December 2016.

The finding was corroborated by two forensic analysts, one in Hawaii and the other in Italy, each well-respected in its field of expertise.

The FBI has ignored the conclusions of the investigation, which were that the “long-form” birth certificate image posted on the White House website in 2011 is a “computer-generated forgery” and the Selective Service form a “hard-copy forgery.”