“WHY ARE YOU PERIODICALLY STOPPING MY MEDICATION?”

(Jan. 15, 2018) — On the heels of the good news that the heat was turned on in his cell after many weeks of reported “freezing” temperatures within, TDOC inmate Grenda Ray Harmer reported in the same mailing that two of his medications were removed from his daily regimen with the explanation that they are sold “on commissary.”

To that, Harmer, responded in his letter with, “I’m broke.”

While one medication is prescription-only, the other, “Tums,” has routinely been administered to Harmer through medical personnel for years.

The failure to administer physician-prescribed medications has been reported to this publication by many Tennessee inmates, particularly at the CoreCivic-operated prison in Hartsville, the Trousdale Turner Correctional Center (TTCC). Over approximately the last nine months, Harmer has reported that his medications have been withheld on at least four occasions: at TTCC in the late winter of 2016; at the South Central Correctional Facility (SCCF) last spring, and at his present facility, the Morgan County Correctional Complex (MCCX) twice. 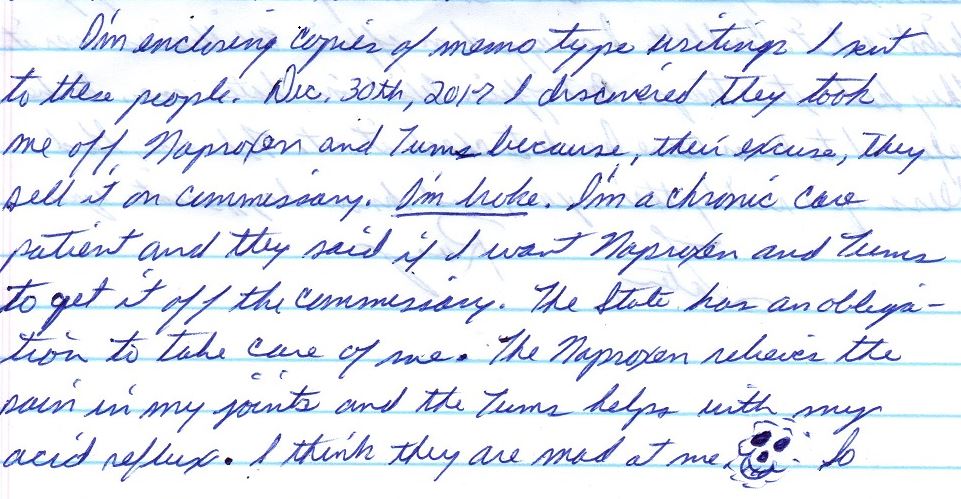 In a memo dated December 30, 2017 directed to Dr. Edmund Lane, Harmer asked that the medications be reinstated and suggests, as he has in the past, that the private medical provider, Centurion, is not dispensing the medications so as to save itself money.

Over the last 18 months, at least two lawsuits naming the TDOC and, if applicable, CoreCivic, have been filed on behalf of inmates who claim that their diabetes or Hepatitis C has gone untreated by prison medical contractors. 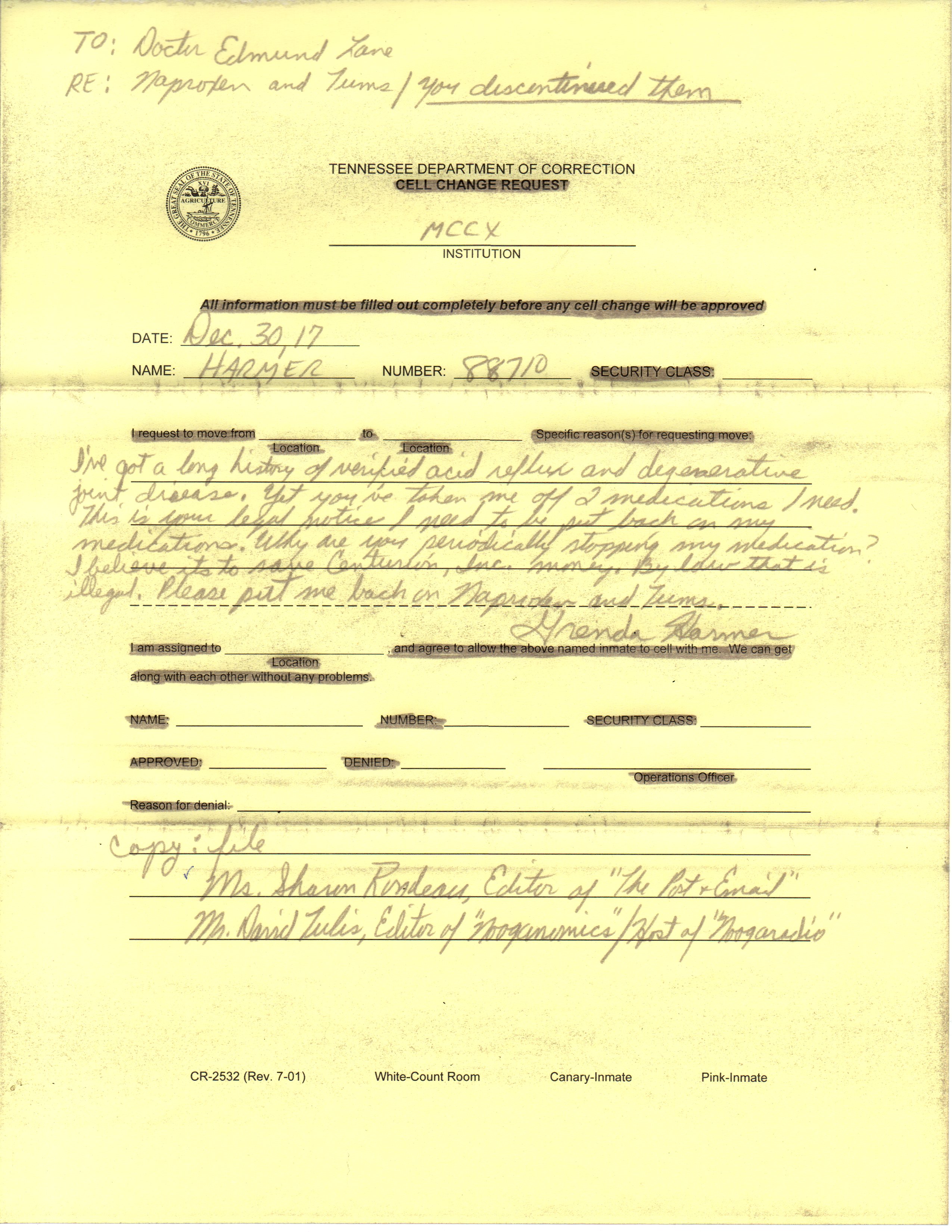