DESPITE PROPRIETARY INFORMATION PROVIDED BY INVESTIGATOR 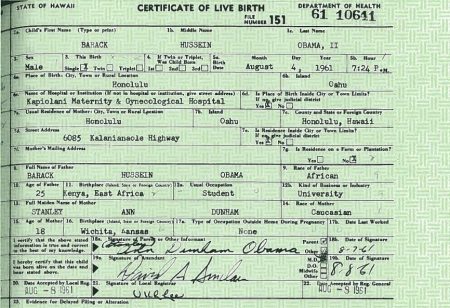 (Jan. 1, 2018) — An article in The Washington Examiner dated December 24, 2017 reported that Rep. Charles Dent (R-PA15), who is not seeking re-election next fall, attributes his decision in part to the election of President Donald Trump.

In a tweet dated December 18, 2017, former White House national security adviser Sebastian Gorka called Dent a “RINO,” known to stand for “Republican In Name Only,” after Dent opined that Sen. Al Franken (D-MN) should have received “a bit more due process” in the wake of numerous allegations of sexual harassment by women who worked with him prior to his entry into politics in 2008.

Dent was elected to Congress in 2004 and opined in a December 24 interview with ABC News’s “This Week” that after having “run for office 13 times,” he decided to retire because he wanted to maintain his “perfect record,” that he is “young enough and healthy to do something else,” and that the Trump administration “is taking the fun out of dysfunction.”

At the same time, “This Week” interviewed Arizona Sen. Jeff Flake, who, like Dent, is not seeking re-election and opposes Trump’s style and agenda vociferously.

Early in 2011, Trump publicly questioned Barack Hussein Obama’s constitutional eligibility for the presidency and demanded that he release his “long-form,” or more detailed, birth certificate demonstrating that he was born in Hawaii, or more generally, in the United States.  Birth in the country is considered the minimum standard by many Americans as meeting the Founders’ stipulation contained in Article II, Section 1, clause 5 of the Constitution that the president be a “natural born Citizen.”

Others disagree, claiming that a presidential candidate’s parents must possess U.S. citizenship at the time of his birth and that the birth have taken place on U.S. soil.

When Trump made appearances on “The View” and “The O’Reilly Factor,” among other shows, calling for the White House to release Obama’s original birth record, he was met with ridicule and ordained by the press as the “leader” of “the birthers,” a term assigned by the media to individuals questioning Obama’s birth and life narrative as a result of previous credible reports citing his birthplace as Kenya or Indonesia, not Hawaii, as Obama claims.

After mounting pressure from Trump and perhaps inadvertently by Obama’s longtime friend, Hawaii Gov. Neil Abercrombie, on April 27, 2011, the White House released what it said was a scan of a certified copy of Obama’s long-form birth certificate allegedly released by the Hawaii Department of Health (HDOH).

The mainstream media widely reported on the release and press conference Obama gave directly afterward in which he claimed that “carnival barkers” were creating a “distraction” over the questions to which tens of thousands of Americans were desirous of an answer:  “Where was Obama born?” and “Is he a ‘natural born Citizen?'”

In addition to inconsistent reports of Obama’s birthplace dating back to at least 2004, his claimed father, Barack Hussein Obama of Kenya, was never a U.S. citizen.  Just prior to the 2008 presidential election, Atty. Leo Donofrio petitioned the U.S. Supreme Court for a Writ of Certiorari alleging that Obama was ineligible for the presidency based on that factor alone.

Dent was one of a significant number of congressmen who in 2013 and 2014 received a “Sheriff’s Kit,” a DVD produced by Michael Volin of WheresObamasBirthCertificate.com (WOBC) and founder of the radio show by the same name.  The DVD contained a presentation given by investigator Mike Zullo, who conducted a criminal investigation into the birth certificate image and found it to be a “computer-generated forgery” as divulged in a press conference on March 1, 2012.

The probe, launched in August 2011, officially concluded in December 2016, although Zullo has provided interviews in recent weeks about his investigational findings on radio shows, to Dr. Jerome Corsi of Infowars and this publication. 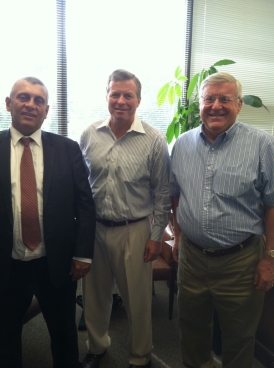 In September 2013, Volin and CDR Charles F. Kerchner, Jr. (Ret) visited Dent’s district office to present the DVD and, in an unprecedented development, conferenced in Zullo by telephone to reveal exclusive evidence.

Volin, pictured on the left in the photo along with Dent and Kerchner, conceived of the effort to distribute as many Sheriff’s Kits as possible to members of Congress, for which he and others made several trips to Washington, DC at their own expense.  Later, with Kerchner largely funding the project, Volin and a small number of volunteers mailed kits to every county sheriff, attorney general, and governor in the country.

In 2008, Kerchner wrote Dent the first of what would be several letters in which he expressed his concerns about Obama’s eligibility.  Kerchner later urged Dent to support then-Rep. Steve Stockman’s proposal to launch a congressional investigation into Obama’s long-form and short-form birth certificates; his Selective Service registration form, also found fraudulent by Zullo’s investigation; and Obama’s apparent use of a Social Security number whose prefix indicated that it had been issued to someone born or then residing in the state of Connecticut.

At the time, Kerchner told Dent, in part, “There is no greater national security threat to our nation and Constitutional Republic than having a person in the office of the Presidency and Commander in Chief of our military who is of unknown true legal identity who is engaging in crimes to cover up his true legal identity by proffering forged and stolen ID docs.”

Kerchner said he received no response to multiple letters sent to Dent on the issue until after the first of four white papers published by the Congressional Research Service (CRS) was released in April 2009 containing apparent talking points for congressmen to provide to their constituents.  At that point, Kerchner recalled, Dent sent him “the canned boiler plate type of response because the CRS memo told all the elected people the canned response to give.” 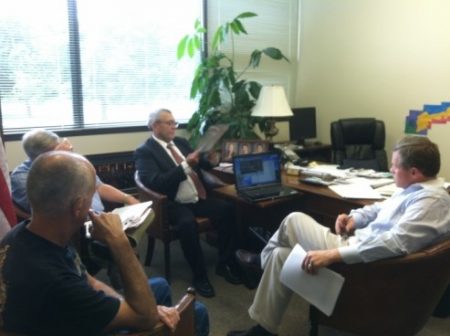 In an email on December 26, 2017, Volin told The Post & Email that the fourth man in Dent’s office during the September 2013 visit was Dale Laudenslager, who Volin said also accompanied him to the office of his own congressman, Lou Barletta, to deliver a Sheriff’s Kit.

For a December 28, 2013 summary of the meeting with Dent in which Zullo participated by telephone, Volin told us:

He asked question after question.  It was all talking points.  “Why didn’t John McCain do anything about this?”  I said, “Excuse me, congressman, but this information wasn’t available when McCain was running.”  “Why didn’t Gov. Linda Lingle do anything?”  “Well, she did, but her health department director, Chiyome Fukino, said that it was “half-typed and half-handwritten.” The next governor, Neil Abercrombie, said he couldn’t even find it.   And the congressman just kept coming back with that.

Two months later, Volin and a team of volunteers called on Dent in his Washington, DC office.  Afterward, Volin related that Dent’s chief of staff first put them off, then allowed him to give a 7-10-minute overview of Zullo’s presentation on the birth certificate forgery findings.  Volin quoted Dent’s chief of staff as then having said, “So what’s the problem? He thinks he’s an American.”

Volin reported that the chief of staff “just stood up then and said, ‘He has the final word; it’s over; that’s it. That’s his decision.'”

At the time, Volin’s final thoughts on that statement were:

Don’t forget:  we had Mike Zullo on the telephone [in September]. For 45 minutes, the congressman asked him questions, and Mike Zullo gave him information that nobody has heard before.  It should have opened his eyes.

It took five weeks of almost everyday phone calls to get an answer from him, and this is what we got.

In an interview on Friday with Carl Gallups, Zullo observed that recent remarks Trump has made on Twitter appear to indicate that he may be instructing his Justice Department to delve into evidence of federal-government corruption allowed to flourish during the Obama years, specifically involving the Arwan Brothers, congressional IT employees with questionable connections and credentials; Hillary Clinton’s use of a private email server while she was Obama’s secretary of state; and a report from Politico which claimed, using named sources from the Obama administration, that drug-running operations conducted in the U.S. by the Iranian terror group Hezbollah were purposely overlooked to facilitate Obama’s nuclear “deal” with Iran.

The Iranian people’s days-long protests against their oppressive, theocratic government reached a point on Sunday when at least a dozen people were reported killed.

Also on Sunday, Trump protested the Iranian mullahs’ having closed off internet access to the general population, to which Trump responded that the U.S. “is watching very closely for human rights violations!”