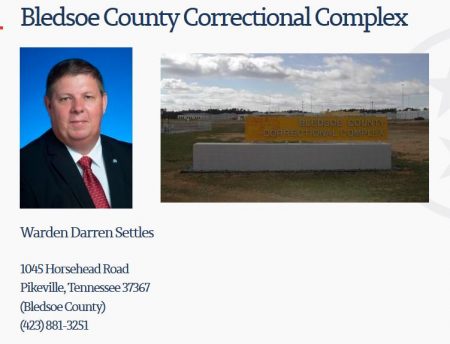 Whipple is housed at the Bledsoe County Correctional Complex (BCCX) in Pikeville, where he has been denied access to the facility’s law library and subsequently filed a lawsuit, to which he also referred in the letter.

An enclosed “Inmate Inquiry – Information Request” form dated November 9, 2017 directed to Belknap states that the special shoes, as of that time, had not been received; that Whipple is having a side effect from a particular medication; and that he has not received Prilosec, used for acid reflux disease, “this month.”

Whipple is one of a number of TDOC inmates who have reported not receiving Prilosec, or its generic, omeprazole, for the same condition.  If left untreated, acid reflux, or “GERD,” can lead to esophageal cancer.

On page 1 of the grievance, in response to Whipple’s stated issues, is written:

– Your Prilosec is in the med room at the Annex

– You will need to sign up on sick call to discuss your medication with Dr. B. or wait until your next chronic care visit, I will check on your shoes.

On page 2 of the grievance, Whipple explained that Belknap officially diagnosed him with diabetes in late October along with diabetic neuropathy, which, according to WebMD, is nerve damage resulting from abnormally high blood sugar levels over an extended period of time.

Whipple began the grievance by stating, “I have been borderline diabetic for several years,” a condition sometimes known as “pre-diabetes.”

Whipple reported that on the same day he wrote to us, he was told by Health Services Administrator Kathy Campbell that BCCX’s medical provider, Centurion, informed her “that it was the policy to only provide diabetic shoes to insulin-dependant [sic] diabetics.”

Diabetes is recognized as appearing in two forms:  “Type 1” and “Type 2,” with the latter normally not associated with insulin dependency.  In contrast, individuals with Type 1 must inject insulin regularly and accurately over the course of each day to compensate for the lack of insulin production by the pancreas.

However, many Type 2 diabetics use some insulin each day in addition to oral medications to lower blood sugar.

“Ms. Campbell & Centurion are not doctors and should not overide [sic] my physician’s medical order for shoes,” Whipple wrote at the bottom of page 2.

Several other TDOC inmates have agreed with Whipple’s assessment that inmates are denied prescribed medications and equipment so that the TDOC, or the private prison operator CoreCivic, can “save money.” 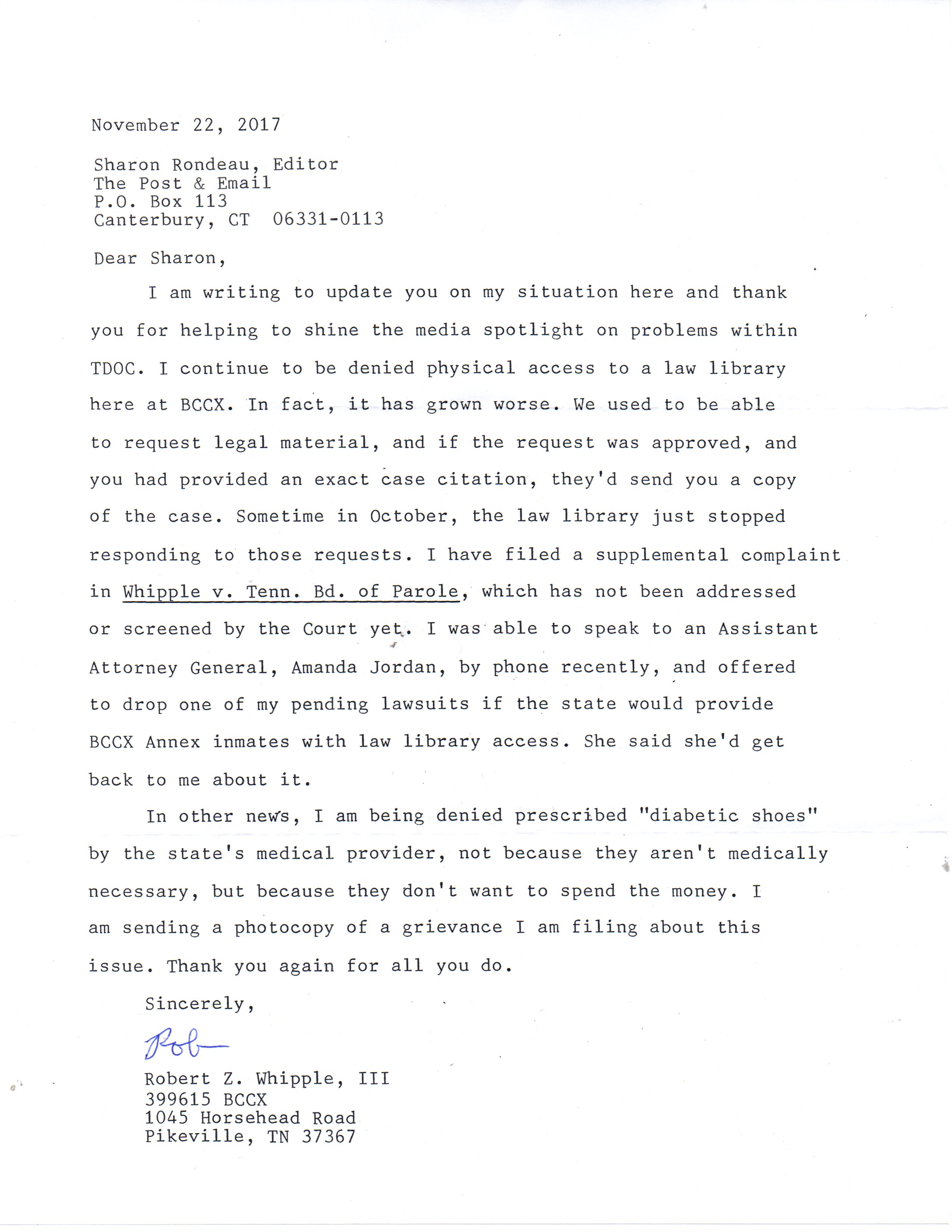 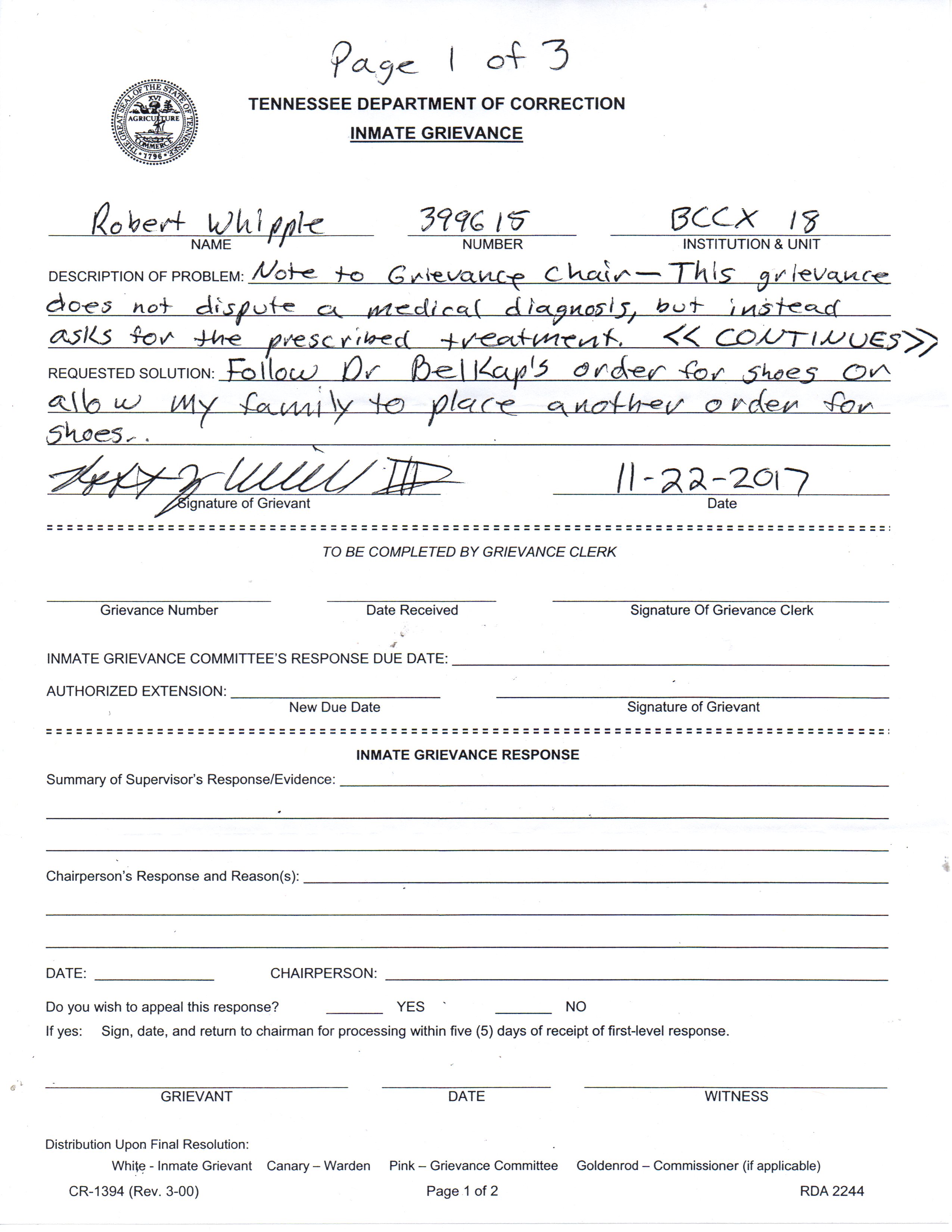 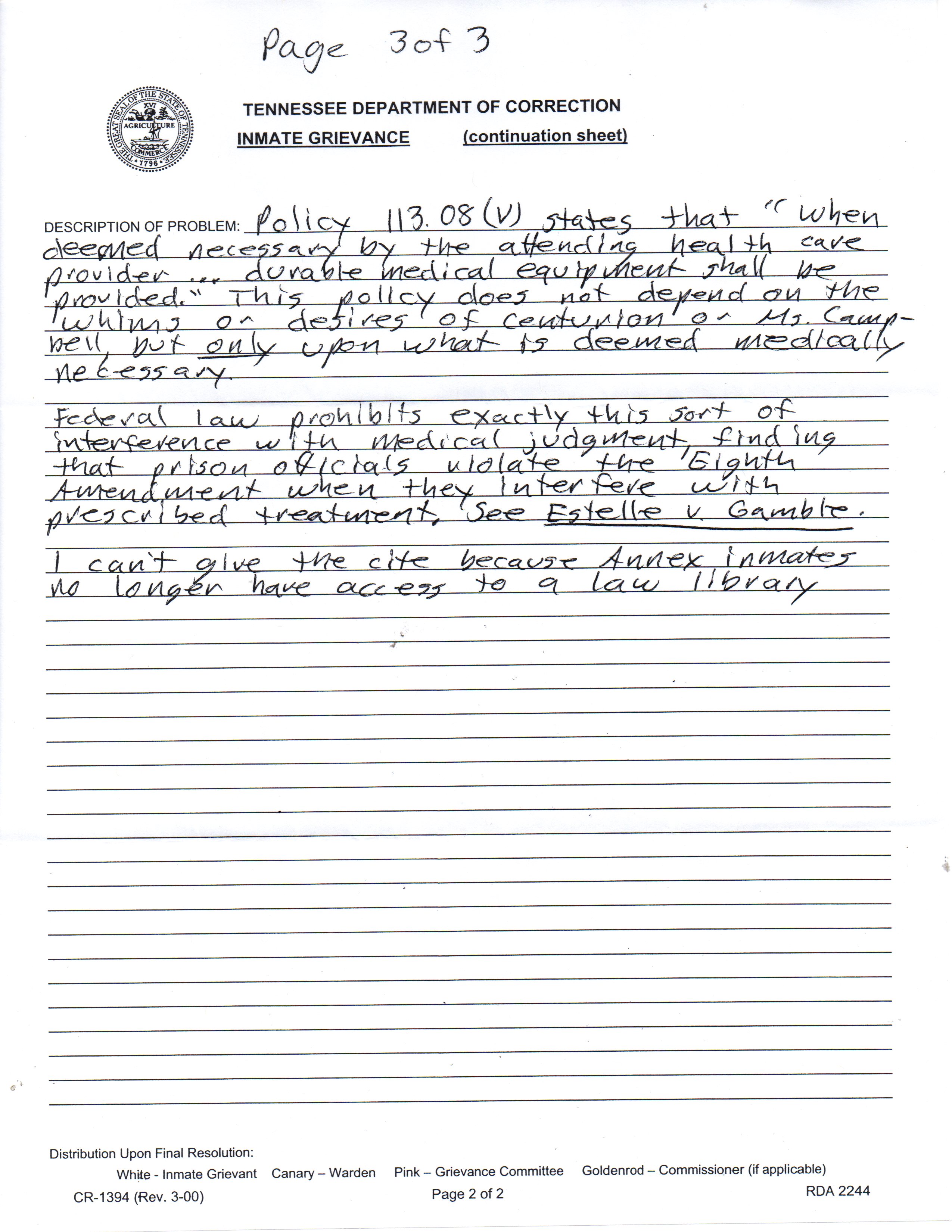 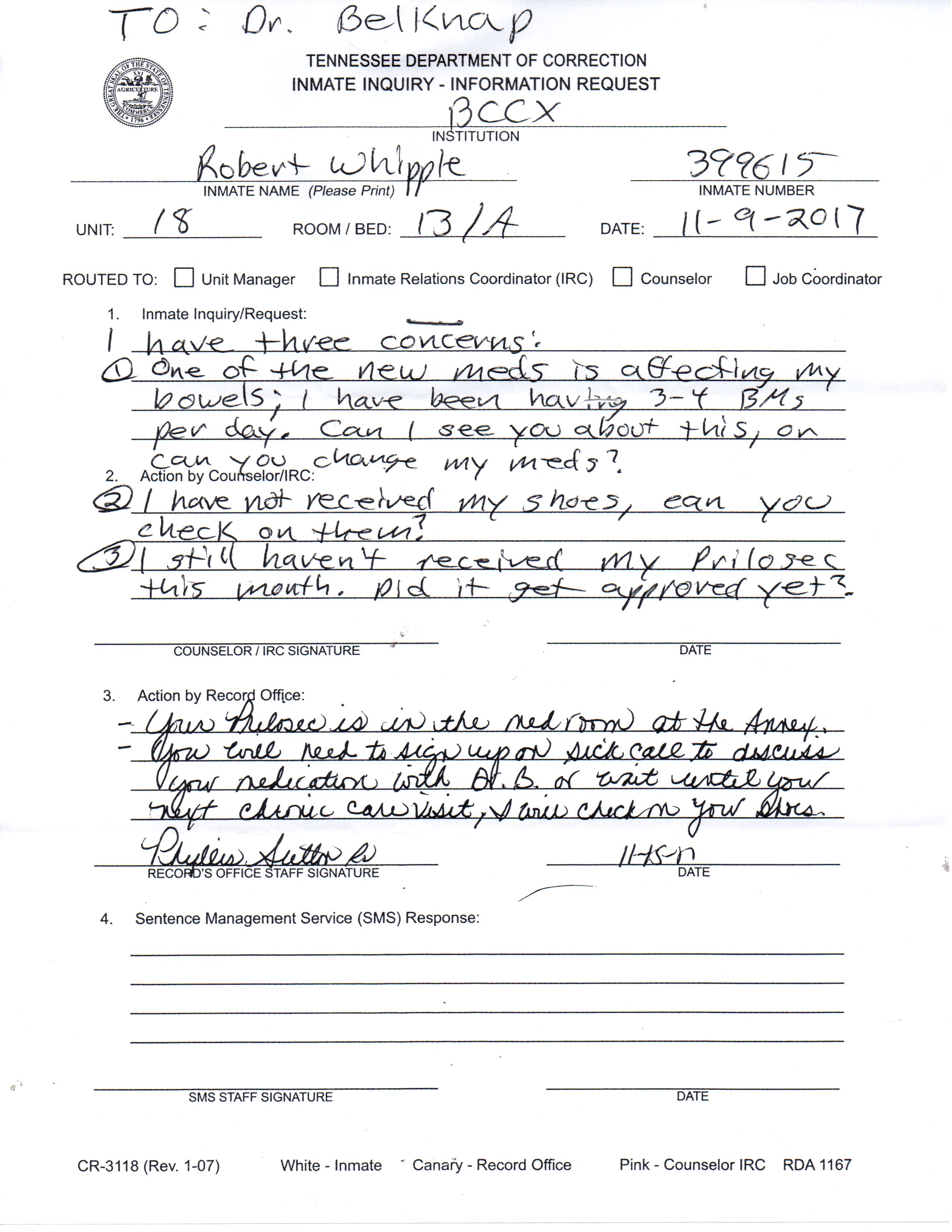