“LET’S PRAY THIS ENDS WELL FOR ME”

(Jul. 7, 2017) — In a bulky envelope received on Monday, Tennessee inmate Grenda Ray Harmer, #88710, enclosed a copy of a June 29 letter written to Tennessee Department of Correction (TDOC) Commissioner Tony Parker enumerating 11 reasons for his having launched a hunger strike just after his noontime meal on June 5, 2017.

The five-page memorandum is written on what appears to be a TDOC grievance form or interoffice memorandum, although missing its top section.

Harmer is currently housed at the Morgan County Correctional Complex (MCCX) in Wartburg, having been relocated there during the early morning hours of June 3.

Harmer related that upon his arrival, his property was taken from him without cause. He added that he was instructed, if not threatened, to sign the customary property form stating that he had received his belongings when in fact he had not.  After refusing to sign the form, he was taken to “high security,” or solitary confinement, reportedly without provocation other than verbal protest.

In solitary, Harmer was initially deprived of a pen and paper.  Within a day or two, however, a pen was restored to him, at which time he began contacting this publication and other parties by writing on the back of TDOC internal memoranda and scraps of paper he was able to find.

He was denied footwear for more than two weeks, then reported that a pair of shower shoes were returned to him from his personal belongings along with a television set and photos of his family members.

He has maintained a daily journal which he has sent to The Post & Email in periodic segments.  His 30-day assignment to segregation should have expired on Wednesday, according to Harmer’s reports.

The Post & Email has reason to believe that Harmer is declining rapidly and will not survive without immediate medical intervention.  Calls made to Tennessee officials, including MCCX Warden Shawn Phillips over the last several weeks, have not been returned.

In an email exchange with TDOC Communications Director Neysa Taylor between June 19 and June 21, Taylor declined to personally check on Harmer’s health and welfare.

Harmer ended his letter with, “Take care Commissioner Parker and lets pray this ends well for me.” [sic] 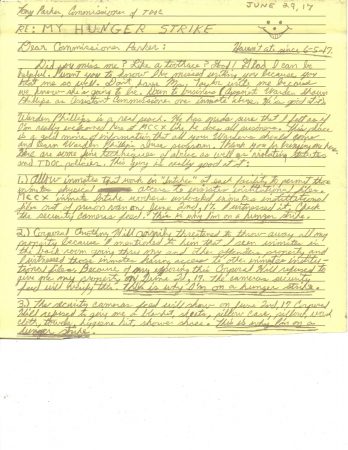 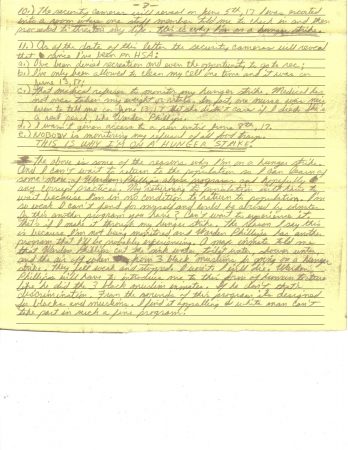 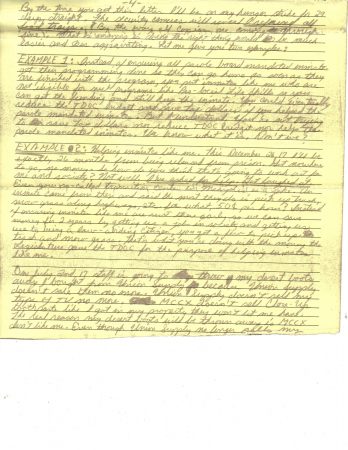 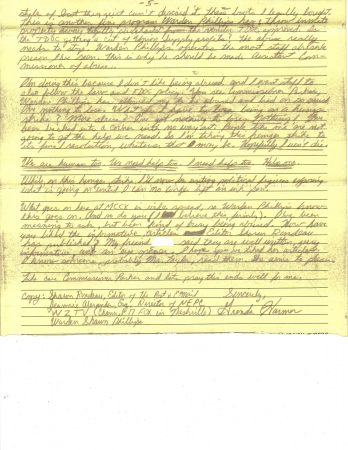