Religion and the Gorbachev Vision

USHERING IN A “NEW WORLD ORDER”? 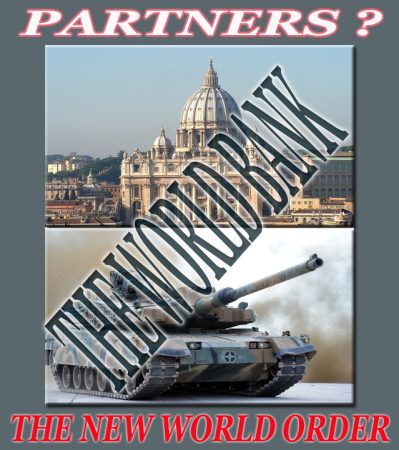 (Jul. 7, 2017) — I have been following happenings in the world of religion that seem to be propelling all faiths on paths that are revolutionary and perhaps outside of the “normal and customary”.   Change and stresses of the times impacts probably all of the great religions however for the time being, I would like to focus on the dealings of the current Pope and one event that happened within the Vatican.

I just read an interesting article about an alleged sex scandal that had taken place on Vatican grounds just recently.  If true, could it reflect the impact of the “new” liberalism of the Church?  With such liberalization this might also signal the Church’s move towards greater “inclusiveness” so as to attract more followers thus positioning the church to become even greater “Player” on the world stage as events continue to unfold.

In fairness, I am not a Catholic and I wish to strongly say that I am not making any value judgments per se, however, I would like to point out that this Pope, by abandoning many of the “traditional” family values, historically embraced through doctrine by the faithful around the world, may not be focused entirely in the name of sanctifying the church’s God “centered-ness” but perhaps rather it is an effort to capture a greater “market share” and new adherents to the ranks of the Church.  It also may be an attempt to become an even greater power on the world’s emerging political landscape.  This Pope seems to be positioning the Church to be  “front and center” in the approaching “New World Order”.

The rationale (it might even be valid) for following a strategy suggested by Mikhail Gorbachev proposed when he said (and I paraphrase) that to implement a “New World Order”, certain conditions must be met, these being;

1. the implementation of a single world religion adoption of a single world form of government (I.e., probably some iteration of Socialism in conjunction with a dictatorship – individual and/or by commission)
2. the implementation of a one world economy (using a central bank printing and managing a world fiat money and its attendant economy) all predicated upon it being a banker inspired and controlled Federal Reserve system

The Pope seems to have staked out his plan on the one world religion component of Gorbachev’s vision for a place of power in the New World Order.  The religious component would also probably be the most difficult to achieve because it means competing for real power with the other “great” religions of the world.  Hegemony would be difficult to attain. In fairness, it seems that perhaps the current state of Islamic inspired terrorism/warfare is also possibly being promoted for the same reasons. War and fear are vital components for convincing a frightened people to give up their freedoms for some vague and elusive sense of safety and security.  Religion can also be a motivator and refuge for many.

In this environment, such strife will probably continue to rule supreme, just as it is now (perhaps according to a plan). It will also continue to require constant and eternal application of force to “quell” the blood shed and threatened violence being done in the name of some divine edict!  Such ongoing warfare only benefits the banking elite of the world (Eisenhower’s admonition about “Beware the Military Industrial Complex”).  It seems that such religious warfare, whether intended or not, will continue to be the rule rather than the exception and continue to play into the MIC (Military Industrial Complex) all financed by the Bankers.

Again, this helps set the stage for “convincing” the masses to end the strife at all costs even to the extent of surrendering one’s sovereignty and freedom for that ever “elusive” sense of safety and security all the while continuing the ongoing buildup of the militaries of the world and the constant condition of “controlled” warfare. This also seems to be the reason we see the unbridled, “forced” immigration into countries that by acquiescing to UN edicts/requests, are in fact committing national suicide, ultimately setting the stage for the NWO! Being that we now have had religious strife for over 15 years we still do not see the light at the end of the proverbial “tunnel” as promised, we only see things in the world getting much worse!  Could it be by design?

In summation, we are definitely on the path to a Socialistic future where there will only be two classes of people. One class will be the ruling (oligarchs) the other will be the servant class (essentially little more than feudal serfs) serving the oligarchs whom they will rely on for their continued sustenance.  Even now, we are witnessing even greater control from a centralized powers representing the desired world government (one that might quickly emerge once the US Constitution has been rendered null and void).

A New World Order could conceivably take place within a couple of years if global conditions continue on the path they are on now.  Once key components fall into place, we will probably see the emergence of some form of “benign dictatorship” ruling through the application of police powers at the hands of a standing, world peacekeeping army.  According to Mr. Gorbachev’s vision, there will be that all important, religious component, probably embracing a “Gaia-like” liturgy of environmentalism along with token vestiges of other religions, probably from some centralized location (I.e., Vatican, Mecca, etc.).

Welcome to the Fabian Society inspired, Orwell’s “1984” and Huxley’s “Brave New World”, all rolled into one, embracing all of the key components of a Communist/Socialist, totalitarian society.  I rest my case…

Religion and the Gorbachev Vision added on Friday, July 7, 2017