The Way of the Golden Rule (RR)

“SURELY NOT A JOKE” 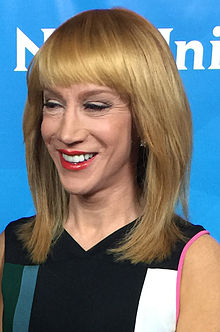 (Jun. 1, 2017) — “Good evening, ladies and gentlemen, and welcome to today’s most entertaining television show, ‘Pulse of the Nation.’ If you’re reading a transcript of the show, maybe you need to call your signal provider and request ‘Pulse’ as one of your options.

“As you can see, we’re back on our corner across from the railroad station under the awning intercepting people walking by to ask them what’s on their minds. Excuse me, Miss, mind being on ‘Pulse?’”

“Oh, I know you. My dog, Princess, and I watch your show whenever you’re on, but you don’t seem to be on as much as you used to. Why’s that?”

“Mostly it’s the never-ending fight about who has control over the content of the show, me or corporate.”

“I may be looking at early retirement, but don’t look so disappointed. The show, after all, must go on. Maybe ‘Little Turtle who sits on rock in moonlight’ could MC the show; maybe ‘Madam Shylock;’ who knows? Anyway, here’s the question of the day: have the crackpots on the left gone too far?”

“No doubt about it. It’s reached the point where one questions their sanity. Why, just look at Rachael Maddow, or try watching ‘The View‘ for more than a minute and it becomes obvious that Congress needs to up the funding for the ‘White Coats;’ you know, the guys who come and take people away to the ‘Funny Farm.’”

“I couldn’t agree more. Anything else?”

“Just that next time Madam Shylock’s in town I’d like to have my fortune read.”

“Okay. How about leaving you name and phone number with the sound-boom girl and we’ll give you a call. And are you next in line? And what is your name, little man?”

“I’m Timmy and I’m six-and-a-half. And I have a question for the talking dog.”

“I’m sorry, Timmy, but I haven’t seen her today. Maybe I could answer your question?”

“Do I remember you? You’ve been on the show before, haven’t you? You’re a teacher, if I remember correctly.”

“Besides the most obvious ones, such as WHERE’S THE BIRTH CERTIFICATE? and ‘Hey, Trump, when you going to pardon LTC Terry Lakin?’ what’s your take on Merkel and Theresa May?”

“Besides ‘Embarrassment to their respective countries,’ ‘Poster examples of ‘Failure of a Female,’ and ‘Traitors to Western Civilization,’ I don’t believe I’ve formed an opinion that I would care to share with anyone at this time. Hey, there’s the whistle for my train. Got to run. Bye.”

“I don’t think it’s a real whistle, is it? Doesn’t a whistle operate by forced air? So maybe it’s a horn, ever think of that?”

“And did you ever think of the difference between the words ‘figuratively’ and ‘literally’ and the meaning of the words ‘obnoxious’ and ‘insufferable?’ Hey, Roving, you ought to run for Congress. Move to Massachusetts; they elect people like you, believe it. And to top if off, you really are part Cherokee Indian.”

“Hello, Roving. Look, I don’t want to appear rude – actually, I’m very polite, normally – but I’m in a hurry – and here’s my train – so I’d like to say something, real quick-like.”

“The government is supposed to keep us safe, am I right?”

“Then how come they allow riding-lawnmower manufacturers to sell those riding contraptions without brakes? Can you explain that? They sell cars, and they’ve got to have brakes, right? Trucks have brakes, but no, not riding lawnmowers. What, it’s too complicated to install brakes? We go to the moon but we can’t put brakes on a riding lawnmower? They put a beer-holder on, don’t they?”

“I believe its nomenclature is ‘cup holder for operator’s convenience.’”

“Beer-holder with no brakes. People drive drunk, right? So what, make cars with no brakes so drunks can drive them? I don’t think so. I have to run. Thanks for letting me spout. See you.”

“I’m Debra and I really like your show because you have some really weird ones, you know? Those Armadillos, was that for real?”

“I don’t know, or else our sponsors told me to keep quiet, or else it was the government.”

“Offhand I’d say the CIA, but then maybe it was the IRS; you know, ‘They that control the purse strings control all,’ or at least that’s what I’ve heard.”

“I’ve heard rumors that the ‘Senate Geezer Club’ communicate with the Armadillos.”

“Wouldn’t surprise me in the least.”

“How are you going to celebrate Ramadan?”

“If I were a Muslim I would see how many defenseless people I could kill, I suppose. I would choose my target wisely, I think. Maybe a day-care center, or something to do with sports: the word ‘Peewee’ I like.

“You know, people who believe and live by the Golden Rule have an unfair advantage over those who do not. I see by the look on your face that I better explain myself. The ‘Golden Rule’ is a flexible rule, understand? I mean, we all like to help people who need help, right? You know there’s a billion plus people who need help, but we can’t help every one of them, so we help those we can when we feel like it, okay? It’s like Bruce Lee‘s philosophy: go with the flow; use whatever works at the time. There’s no one way; actually there’s not even any way: you just live and do the best you can, and killing children isn’t part of the picture; donning an explosive vest and committing suicide and murdering as many innocent defenseless bystanders isn’t part of the picture, and when you come right down to it, right down to the brass tacks, Islam isn’t part of the picture.”

“Good answer. Is that your train pulling in?”

“Goodbye. Time for one more? You’re the lucky one. What’s your name and what are you up to today?”

“My name is Paul and I’m a retired Marine. ‘Once a Marine, always a Marine.’”

“Now isn’t that the truth?”

“And I’m proud to fly the flag of our country, and the Marine Corps flag, and the Vietnam flag and, reluctantly, the Navy flag.”

“Very: my wife has a sister who has a daughter whose husband is a Navy flyboy on a bird-farm, so I fly the Navy flag to keep family harmony.”

“My wife says she’s sick and tired of me complaining about the Navy flag; does that answer your question?”

“It sure does. Look, let me ask you a question and we’ll wrap it up: what about North Korea?”

“The Chinese aren’t helping, are they? It’s up to us to take them out. Now, here’s what I’d do: I’d replace the North Korean government with General Jack Keane* in charge and model it after General Douglas McArthur’s governing Japan after World War II. And when the North Koreans learn to behave themselves on the world’s stage, just as Japan did, we’ll welcome them into the fold. Look, there’s no two ways about it, General Jack Keane is just too valuable an asset to be sent out to pasture. Anyway, you asked.”

“And you answered; thank you. At this time I’d like to throw in my two cents since we’ve got a couple of minutes. First, did you know that Debbie Wasserman Schultz’s brother was an assistant U.S. Attorney in Washington, DC at the time of Seth Rich’s murder? Just a mention, that’s all.

“And secondly, most of us have seen some pretty gruesome photographs out of Vietnam, what Jane Fonda’s friends would do to the village chief’s daughters, for instance. And we have seen the before-and-after photos of Daniel Pearl and James Foley. And the murders of the children in Beslan, Russia is truly horrifying. Now, all the above acts were committed by psychos, no doubt about it. None whatsoever, and on this point we all must be in total agreement. Agreed?

“The other day this truly sicko, Kathy Griffin, had her picture taken holding a likeness of President’s Trump severed head, as if, if what? Surely not a joke, and if anyone saw any humor let me send you on over to the parents of Daniel Pearl or James Foley or all the other Americans who’ve been beheaded by ISIS or any other Muslim group. Maybe meet with the parents of the German couple who had their heads cut off in the Philippines, or the parents of the little girls and boys in Russia, and so on and so on.

“You know what she did, this sicko Kathy Griffin? She surely gave fuel to the fire, as if the fire needed any. You know Al Jazeera television has shown Sicko Griffin holding Trump’s head 24-7? If you want to see what a traitor to Western Civilization looks like, well, I wish you wouldn’t and we won’t show it on my show; you can count on that. Anyway, there’s no doubt that Saint Peter won’t be having any long conversations with psycho Kathy Griffin.

“How time flies by when you’re having fun, which means I’ll be wishing each one of you, on behalf of the crew, a goodnight: Goodnight.

“Good show, guys. Hey, Mr. Marine, we usually grab a burger after we sign off. Care to join us? My treat.”

[*Had OPOVV won the presidency in 2012 he would’ve persuaded (no doubt) General Jack Keane to serve in some capacity in his Administration.]

“Everybody was Kung Foo Fighting“