When Our Right is Their Wrong (RR)

“IT’S ALL ABOUT THE OATH” 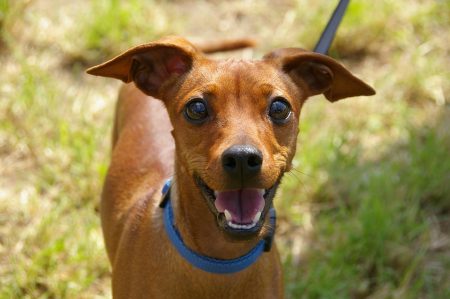 (May 27, 2017) — “Good evening, ladies and gentlemen, and welcome to another exciting episode of ‘Pulse of the Nation.’ We’ve been negotiating our 2018 contract and we’re stymied over the clause that gives me the right to cut the microphone from hearing nonsense and dementia blabber, you know, like when Hillary opens her mouth, or, for that matter, whenever Obama opens his.

“The network also wants me to stop advocating for people on welfare who already are the biological parents of two children. They also want me to ‘tone-down, if you wouldn’t mind, the no-such-animal-as-a-moderate-Muslim’ speech.

“All I will say is what a Teamsters Union representative told me: never wear a tie to a contract negotiation. You see, it has been known to happen that tempers rise to the point that people have actually launched themselves over the table and grabbed someone’s tie (or long hair), thereby gaining a terrific offensive advantage even before the fight has started. I’m not saying that just happened because the meeting wasn’t recorded.

“I have also been asked to ‘fill in the blanks’ to which I responded that my audience isn’t nearly as stupid as television producers so forget about it. These negotiations aren’t about money: it’s about the First Amendment. They told me Islam is a religion, and I asked them if they think it’s okay for a 60-year-old man to marry an 8-year old girl, or a 12-year-old? What about a 13-year-old? Is that a religion? Is it a religion to beat your wives and ‘honor-kill’ them when they get ‘too old’ so that they are replaced by a younger female?

“I asked them if a Muslim’s sons or daughters committed suicide (via a large explosive device in, say, a vest), and murdered many innocent bystanders, as just happened in Manchester, Englandstan, would the Muslim parents be proud? Yes, of course they would, and with good reason, they answered, although they also said that they didn’t necessarily agree with that line of thought. They said that what we consider good, such as equality between women and men, the Muslims consider bad, just as they hate democracy, Jews and the Great Satan.

“Anyway, sorry to get carried away. I’m Roving Reporter and, as you can see, we’re back on the corner across from the railroad station with the whole ‘Corner Gang,’ including the Vietnam Vet and his talking dog. And speaking of the dog, let me ask him…”

“A question: what’s your take about prosecuting Islamophobia hate speech?”

“Personally I welcome it, for then we’ll be able to expose the hypocrisy between the difference of stated and reality. Here’s an example: they say that Islam is a religion, so first we have to define what a religion is compared to what is practiced. Let’s say you claim to be a vegetarian but you eat fowl, fish, swine and goat. So maybe you’re not a vegetarian, right? Let’s say you tolerate other religions, but you kill everyone who is not a follower of Muhammad, right? Let’s say you treat women as equals but it takes two women to equal one man legally, or if a woman is raped she gets punished for having sex outside marriage, or maybe she’s not married at all.

“You see, talk is cheap. Why, you can start an oil-change franchise and call it a religion. For that matter, if you want to get just as stupid and down in the gutter with Islam, you can claim that murdering everyone who doesn’t follow the teachings of Muhammad deserves to be murdered and that the murderer will gain a free ticket to Paradise if they do so. Of course, the opposite must also be true: those who are attacked have a right to defend themselves, for what is right for one should be right for all, right?

“Wrong. As far as Muslims go, Jews and Christians should voluntarily lay their heads on the block and wait patiently for redemption by the scimitar.  Actually, what we are doing is sending revolvers to women worldwide. It’s really simple: we label the boxes from some bogus Muslim Benevolent Society and it just flies through Customs. True story, and I can tell you this on national television because people are afraid to question anything that has to do with Islam. 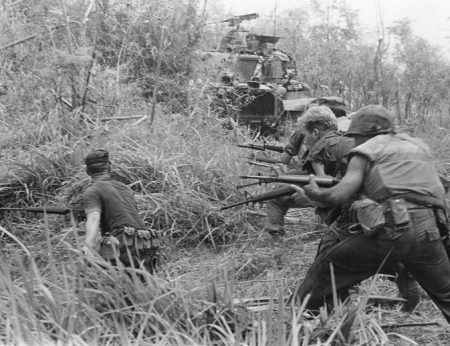 “I just like to say that 52 years ago I could’ve been listed as one of the KIA in Vietnam. I survived by, first, luck and, second, one heck of an attitude, and I only got an Honorable Discharge and a Good Conduct medal by the skin of my teeth. I truly mourn for those guys who didn’t make it, for any number of reasons. I used to think about how many were killed by ‘Friendly Fire,’ accidents, stupidity, unlucky by snake-bite or just by taking a wrong turn driving a jeep or riding in back of a truck, but nowadays I classify them all in the pot that I call Fate and let it go at that.”

“Well, thank you, Talking Dog and your Vietnam Vet for your service.”

“Truthfully I don’t want to hear a ‘thank-you’ from someone who’s never been there or done that; is that okay with you? I’m not interested in your ‘thank-you.’ Now if that comes across as rude, I’m sorry; I truly am. But your ‘thank-you’ doesn’t count. Maybe I wish it did, but it doesn’t. I had nightmares for 17 years and for the last 33 years my last thought before I go to sleep is, ‘Dear Lord, keep me out of my hell, please.’ I served 54 years in the military, according to my calculations. So I don’t want any of this ‘Thank you for your service.’ Don’t get me wrong, I’d do it all again. It’s all about the Oath: the unending defense of the Constitution.”

“One last thing: I don’t know about the other vets, but I know about some of them. When I took the Oath to defend the United States Constitution, there was no expiration date mentioned. There’s a number of veterans who contribute to this political blog, and Lt. Cmdr. Walter F. Fitzpatrick, III is just one of many, as I am. Maybe I’m only a talking dog, but I stand proudly with all of my fellow veterans on this Memorial Day, as I do every day.”

“Well-said. And I’m sorry, but we’ve run out of time; actually, we’re way over. Thank you for watching and, on behalf of the crew, I’ll be wishing you all a goodnight: Goodnight.