BUT IGNORED BY THE MAINSTREAM PRESS 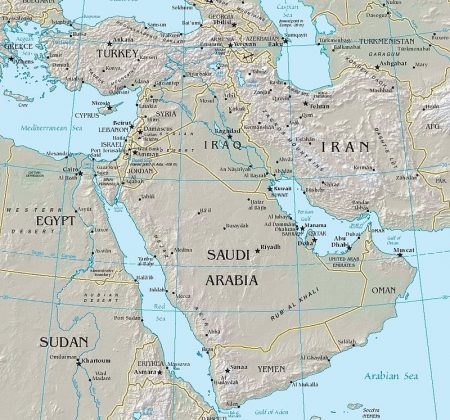 (May 22, 2017) — In an unusual event in history, on May 21, 2017, the President of the United States addressed an extraordinary meeting of the leaders of 50 predominantly Muslim nations who assembled in Riyadh, Saudi Arabia.  In a forceful, focused, and coherent speech of clarity and conviction, President Trump projected the economic and military strength of the United States and asked the 50 leaders to unite with the United States to stamp out Islamic extremism, drive out Islamic terrorists from their countries, and work with the United States to create a peaceful world.  He stated that Iran, the largest state sponsor of terrorism in the world, is behind a great deal of the terrorist violence in the Middle East.

The text of the speech (in the below listed article), signaled a turning point in American Diplomacy, resulted in a $109 billion weapons agreement for Saudi Arabia, and an investment of $350 billion by Saudi Arabia in the United States over the next 10 years (which will create thousands of new jobs). The historic speech was covered “live” by major TV Networks and the international press in the Middle East, Africa, Asia, Europe, South America, and the FOX News Network in the United States.

Although the historic trip and speech was a turning point in American diplomacy, it was not covered by the left-of-center liberal media establishment in the U.S., including the NBC, ABC, CBS, CNN and MSNBC TV networks which blacked out all coverage.

A recent Harvard University analysis of the above-listed TV networks and the liberal media establishment reported that 93% of the coverage of President Trump has been negative, with ”no” coverage of the President’s many successes.  Bob Woodward warned the media about losing their objective reporting, by “binge drinking anti-Trump Kool-Aide” and advised them “to stick to reporting.” Anti-Trump stories in Woodward’s Washington Post about James Comey and Deputy Attorney General Rosenstein turned out not to be true.   Feminist philosopher Camille Paglia said of press reporting, “It’s the collapse of journalism.”

Since the inauguration of President Trump, the left-of-center news media has been using unnamed sources, making unsubstantiated allegations and pumping out anti-Trump false reports designed to mislead the American people and undermine President Trump.  The media has been repeating the lie that the Trump campaign colluded with Russia to defeat Hillary Clinton; after 11 months, the press still cannot find proof of their false allegations.

Ignoring and trying to cover up the historic initiative and speech in Riyadh is in keeping with the media establishment’s secret plot to mount a slow-motion, de facto coup of the government of the United States by destroying the duly-elected President of the United States for the first time in 241 years.  The media has lost its ability to conduct objective journalism. It has additionally been trying to disable the weak leaders of the Republican majority by accusing President Trump, non-stop for the last six months, of being inexperienced, uncouth, crude, reckless, and an obstructer of justice.

A Turning Point in Riyadh for American Diplomacy added on Monday, May 22, 2017

One Response to "A Turning Point in Riyadh for American Diplomacy"