WHAT IS IN THE BEST INTEREST OF THE CHILD? 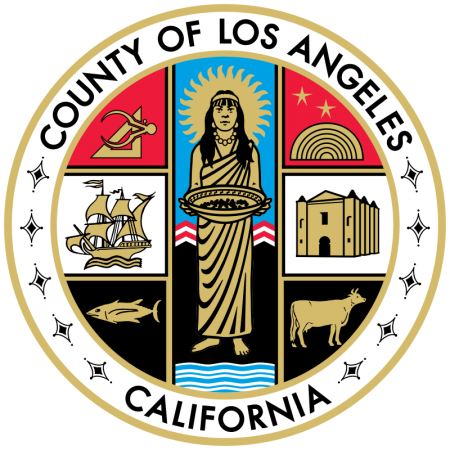 (Apr. 15, 2017) — On Friday, the Edelman Children’s Court held a hearing about the future of a 27-month-old girl taken from her mother in March of last year by Los Angeles DCFS.

The mother, Michelle Robinson,* was never accused of neglect or abuse toward her child, but rather, found to have engaged in a domestic-violence incident with the child’s father and termed the aggressor.

Videotape of the December 20, 2015 incident in front of the father’s home was said by DCFS to have been taken by an occupant of the home or neighbor but has never surfaced to Robinson’s knowledge.

Robinson reported the altercation to a nearby sheriff’s department but was told that the LAPD had jurisdiction.  She was advised by the deputy to seek medical attention first, then make a report to the LAPD, which she did.

On February 18, 2016, LAPD Detective Sean Horton made a referral to DCFS alleging that she had violated the restraining order she had been granted against the child’s father by bringing her daughter to visit him on her birthday at his request.

The referral culminated in the Department requesting that Robinson turn the child over to them.  On March 10, 2016, Robinson brought her daughter to DCFS offices to comply with the warrant she was told existed.  She later learned that instead of a foster home, her daughter had been placed with her father, who had never had custody and has a criminal record.

As documents from child “dependency” cases cannot be divulged to the public, Robinson provided a timeline and summary to The Post & Email containing the names of social workers, supervisors, judges, commissioners, referees and attorneys who she alleges are guilty of misconduct in the case.

A previous referral to DCFS by the LAPD officer who took the initial report resulted in a closed DCFS investigation on February 12, 2016.

In an initial interview with The Post & Email, Robinson reported that although her child’s father chose not to press charges against her for the altercation, Horton produced a police report to DCFS signed by Eric Crutchfield “after the fact.”

Robinson’s understanding going in to Friday’s hearing was that because the case is now just over a year old and her daughter is placed with a biological parent, DCFS will no longer receive funding for prolonging the case and wishes to conclude it.

In an interview published on Wednesday, Robinson said that she expected that “sole legal and physical custody” of her daughter was to be decreed on Friday.  While she sensed that the outcome was “predetermined,” there occurred some unexpected twists.

“I almost don’t understand what happened.  I thought that ‘progress’ was going to be a discussion when I went in to court today, but it wasn’t discussed at any point,” Robinson told us, referring to DCFS-mandated instruction in which she has been participating.

I walked in to court at about 8:40, went in to the courtroom, and they were all meeting about my case already.  All the attorneys were already present.  XXXX and I walked in, and my attorney jumped when she saw me, and they all looked like deer in the headlights.  I waved and said, “Hi” and then walked out, because I knew I wasn’t just supposed to walk in.  But I could see that they were already in midstream.

I didn’t go in to listen in, but I didn’t expect anything to be going on.  There was clearly something happening.

Eventually, when my attorney came out, she said, “I’m the only person in my office today, so I am representing other cases.”  I later realized that it was all my case because of the county counsel, who I hadn’t seen before, being there.

She gave me a stack of documents which she said were going to be submitted that day which included restraining order extensions because everything from October was expiring that day.  There was a restraining order request from Eric and his mother and a restraining order for my daughter.  Yesterday in an email I said there was no reason to include my daughter because I was never a threat to her.  For some reason, and I think I know why, they added her to the restraining order.  Commissioner Steff Padilla had said that she should not have been on it.

So she showed me all the documents with the attachments. Then she said that my daughter’s attorney, who hasn’t been proactive about anything, is going to introduce a motion to limit your educational rights.  That didn’t make sense.  But he didn’t actually draft it, so it was not introduced today.

I was told by another attorney that Juvenile Court cannot take action on my “educational rights,” and that that is done in Family Court.

The judge began by talking about the documents (restraining orders) I already had and then mentioned the issue of educational rights for my daughter.  I could see he was going in the direction of ruling on those items.

“Are they talking about ‘educational rights’ because she is in therapy at a regional center?” The Post & Email asked.

I think that’s why.  I think what they’re doing is “We don’t want her to find out the extent of the damage so if we can somehow limit her rights, she won’t find out all the things she’s been finding out…”  I really have no information except the initial regional center report which said that she was 3-6 months developmentally-delayed at that time.  If there’s a different report, I haven’t seen it.

I interjected and said, “Excuse me, but I don’t understand why we’re not addressing the fact that Crutchfield didn’t do anything he was ordered to do back in October.  It’s been five months and he’s done absolutely nothing.  He didn’t attend any domestic violence classes; he didn’t do one-on-one therapy.  According to the Westside Regional Center, my daughter is developmentally-delayed, and instead of anybody addressing that, DCFS submitted some summary report to the court that basically doesn’t capture the specific injuries she has suffered.  So I’m really confused as to what we’re doing here when we need to establish for the record that he’s done absolutely nothing.

The judge cut me off and said, “We’re not doing that right now.”

So I thought, “OK, well, we’ll get to that,” but he didn’t have any intention of getting into it.

When I was waiting in the lobby with XXXXX, I was served with the restraining order from DCFS on behalf of supervisor Rene Sandoval.

[Editor’s Note:  On April 4, Sandoval asked for and was granted a restraining order against Robinson after she approached him in a grocery store parking lot on April 3.  “I approached him outside and asked if his name was Rene. He said, ‘Yes.’ I extended my hand and introduced myself as he shook my hand somewhat perplexed. I reminded him that he lied and said I had flirted with him at the DCFS office (as written in one of their complaints against me months after the alleged flirtation),” Robinson told The Post & Email in an email on April 4. “I said something to the effect of, ‘Remember me, you lied and said I flirted with you and I didn’t.’ That comment only came to me as he touched my hand because in his report he said I had stroked his hand to signal that I wanted to sleep wirh him. And I had never ever heard of that hand gesture he described in the DCFS report. It was a foreign gesture that I don’t recognize or that I believe is recognized in my culture.”

A photograph Robinson took of Sandoval after the encounter and shared with The Post & Email shows him speaking with a male acquaintance, smiling with a case of beer in his hand.]

At the time, XXXX was videotaping the sheriff who said he was serving me with a restraining order.  And I said, “I’m not accepting a restraining order at this time,” and he said, “I’m placing it on the chair next to her,” and I said, “And I am not acknowledging that he’s placing it on the chair next to me, because this is not service.”

When we got into the courtroom, my attorney pointed out that this restraining order [like the one from the five DCFS social workers] did not have Box 5a checked, so it was facially not accurate.  So county counsel said, “I’ll check Box 5a right here in the courtroom and then we’ll re-serve her.”

“Can he do that?” The Post & Email asked, to which Robinson responded:

I don’t know.  My attorney made some argument, and I’m not sure what she was saying, but the judge said, “That’s OK.”

*Not her real name.

Robinson told The Post & Email that April 25 was set as the date for a “contested” hearing based on her non-acceptance of the proposed living arrangement for her daughter.  Although verbally entering some of her concerns on the record, including the allegation that Crutchfield was involved in a very serious crime currently under investigation by the LAPD, Menetrez indicated that he was already aware of it.

When The Post & Email asked about her daughter’s attorney’s input at the hearing, she said, “He just sat there going along with county counsel.  He hasn’t met my daughter; he doesn’t even know who she is.”

Robinson’s account of Friday’s hearing will continue in a second installment.