TRUMP RESPONDS TO SYRIAN CHEMICAL ATTACK ON CENTENNIAL OF U.S. ENTRY INTO WORLD WAR I 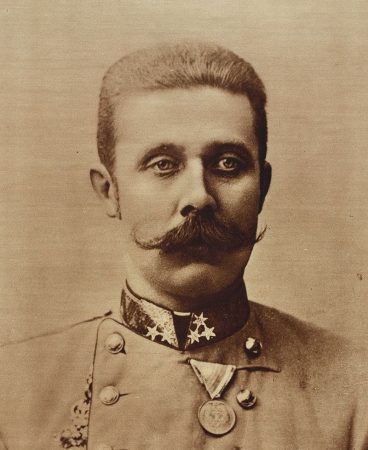 (Apr. 7, 2017) — On April 6, 1917, the United States entered World War I by declaring war against Germany following a request from Congress by then-President Woodrow Wilson four days before.

Germany was one of the Central Powers in the war which began in Europe with the assassination of Archduke Franz Ferdinand and his wife on June 28, 1914 by a Serbian national.

One month later, the Austro-Hungarian Empire declared war on Serbia, which launched the conflict known for its trench warfare on Europe’s Western Front.

Eight months after declaring war on Germany, the U.S. declared war against the Austro-Hungarian Empire.

The sinking of the British ship Lusitania by a German U-Boat was a catalyst for the U.S.’s entry into the conflict, although it would not be declared until nearly two years later.

Although first remaining neutral in the war, Wilson told Americans that the U.S.’s entry into the conflict would “make the world safe for democracy.”

The centennial of the nation’s entry into “The Great War” was recognized by several mainstream media outlets, including Fox News, the Baltimore Sun, and the San Antonio Express. article which appears to have no connection with the air strikes ordered by President Donald Trump on the evening of April 6, 2017 against Syria in response to a chemical-weapons attack carried out against Syrians in a hospital run by Syrian “rebel” groups.

Chemical warfare was an “innovation” of that war.

The Syrian Civil War has been ongoing since the early days of the “Arab Spring” which was touted as a catalyst of greater democratic freedoms in the Middle East.  During the six-year period, tens of thousands of Syrians and others have been killed.  The civil war gave rise to the terrorist group known as ISIS, which has committed Christian genocide and the killing and enslaving of thousands of Iraqis and other religious minorities in the region.

According to the United Nations, the upheaval in Syria has generated over five million refugees.

A Christian Iraqi priest has announced that he will be celebrating mass this Palm Sunday, April 9 at an ISIS-“ravaged” church for the first time in three years.

Trump has vowed to “destroy” ISIS, reiterating the plan at a joint press conference on Wednesday with Jordan’s King Abdullah.

Under Obama, various factions known as “rebel” groups received support from the U.S.

Following Tuesday’s sarin-gas attack, Trump berated his predecessor, Barack Hussein Obama, for having to uphold his “red line” pledge after aside reportedly used chemical weapons against the Syrian people in 2013, although Trump was vehemently opposed to air strikes at the time.

On Twitter on Friday, many people who supported Trump during his presidential campaign expressed opposition to his decision to order the air strikes on the Shayrat Air Base in Homs Province.  According to intelligence sources, the chemical attack was launched from that location reportedly by Syrian dictator Bashar al-Assad, who sought to cripple the rebel groups attempting to overthrow his government.

Some showed support for Trump’s decision, while others believe he was misled as to the perpetrator of the chemical attack.

“Using a deadly nerve agent, Assad choked out the life of innocent men, women and children. It was a slow and brutal death for so many, even beautiful babies were cruelly murdered in this very barbaric attack…” Trump began his address from his Mar-a-Lago resort in Florida.

He said it was in the “vital, national security interest of the United States” that he ordered the air strikes “to prevent and deter the spread and use of deadly chemical weapons.”  He further called on “all civilized nations” to form a coalition with the U.S. to “end the slaughter and bloodshed in Syria” as well as to combat global terrorism.

“And we hope that as long as America stands for justice, that peace and harmony will in the end prevail” was among Trump’s closing remarks.

Both praise and criticism of Trump’s action continued at the same time that the confirmation by the U.S. Senate of Judge Neil Gorsuch to the U.S. Supreme Court took place.  Gorsuch will fill the vacancy left by Antonin Scalia upon his death in February 2016.

2 Responses to "Are the U.S. Air Strikes a Sign of Things to Come?"