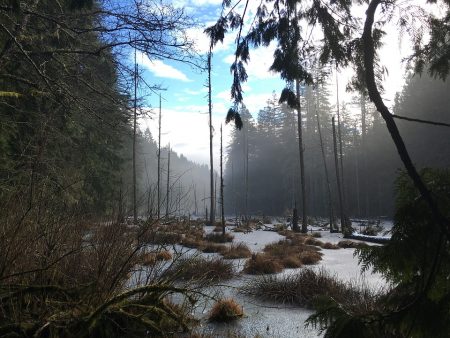 (Mar. 22, 2017) — “Good evening, ladies and gentlemen, and welcome to ‘The Pulse of the Nation,’ the show that entertains as well as informs. The format of the show is to ask everyday people about their everyday lives. Excuse me, sir, Roving Reporter here to ask you a question or two; that be okay?”

“By all means, Roving, ask away. We all watch you whenever you’re on. We like the Professor, the Fortune-Teller and that worldwide intrepid explorer the best, but we haven’t heard from him for quite a while; what was his name? ‘Professor Professor,’ wasn’t it? That’s right; now I remember. So what’s the question of the day?”

“What, if anything, did you do this weekend out of the ordinary?”

“That’s an easy one. TCM showed Robert Osborne’s 20th anniversary show on Saturday night and I must say, from the moment it started, I was wearing one big smile on my face for the whole hour. Thank you, Robert, wherever you are. And that was it.”

“What do you think of the Republican Party these days?”

“I’ll tell you: they had eight years to get the healthcare right and they’re still going back and forth like a bunch of 3rd graders fighting over who’s going to be ’it.’ I’m really totally disgusted with the whole lot of them.”

“And you’re not the only one, trust me. That’s all our mail’s about these days: ‘Get it right and let’s go for it.’ Is that your train about to leave? Bye. Okay, who’s next?”

“I believe I am. I’m David and we get a lot of laughs from your show. I’m a ‘grader’: I grade everything. Go ahead and ask me anything about anything and I’ll grade it for you. Now listen: if I don’t know beans about the subject I’ll pretend I’m a politician and grade it anyway. Go ahead, ask me anything.”

“It’s how she keeps busy since he retired. Drives me nuts. Lately he’s been sending ‘report cards’ to television personalities. He recently gave some commercial an ‘F‘ for having ink on its actors, but you know what? I’d have to agree with him about that, I mean, actors with tattoos all over; even on the neck and hands: no way. We used to buy our pet supplies at a store near us until the checkout girl got covered in ink; reds, blues, black and greens. Wonder what kind of ugly monstrosity it’ll all look like in 40 years? So we drive ten miles out of our way; at least we don’t have to be upset about it any longer.”

“He grades everything? What about Hillary and Libya? I thought heads of state weren’t supposed to target one another, and anyway, didn’t we put the fear of God into Gaddafi? So does Hillary profit from Libya’s oil or what?”

“Oh, he gave Hillary a solid ‘F’ back when she was First Lady the first time. I’m sorry; here’s our train. Dear, our train is pulling in. Bye, Roving.”

“Goodbye, nice people. I hope I never hear from you. Next?”

“Over here. I’m next, even though I’m not in line. Ever since I was in the Army I stood in lines, and most of the time I never even knew what for. I’d be standing in a line, maybe for an hour, and then, ‘Hey, where the line go to?’ See what I mean? It’s that way in the Corps and in the Navy, too. I don’t know too much about the Air Force, but I imagine they have their own style of lines themselves.

“Oh, yes, each branch of the service has its own distinct line. Allow me to explain and we’ll start with the Army. Now, an Army line is pretty much straightforward; I mean you’re behind someone and they move and then you move, right? And nobody asks questions like, ‘What we standing in line for?’ You know why they don’t ask questions? Because it wouldn’t make any difference, that’s why. So an Army line is really boring: stand, step; stand, step.

“Next we have the Marines. They take the ‘Art of the Line’ to a whole new level, yes they do. Their lines are really straight; one could even say, ‘A Marine line is crisp’ and Oliver North would smile if he heard such a compliment.

“And then you have the Navy lines; that is, if anyone could dare call a Navy line a line, but only a line in the loosest sense, like an idea of a line. You see, with a Navy line it doesn’t make any difference if you’re first or last, because no matter what you’re in line for can’t be good. Face it; the only thing a sailor has to look forward to is the next port. If it’s a line on base they’re getting ready to go to sea and if it’s a line on ship, well, what’s the point? It’s like you’re not going anywhere, right? Other services may have disagreements about place-in-line but never sailors, because sailors have a built-in ‘Hamster Attachment.’”

“What do you mean by ‘Hamster Attachment?’ Sounds to me you just made that up. That’s just what a real sailor would do, and then bet me on something, anything.”

“And thank you for the line lessons. Time for one more.”

“I’m sorry, I’m just a high school teacher and I don’t have any earth-shattering secrets to reveal except to say that mankind has lost sight of his prime directive.”

‘Prime directive?’ What in tarnation are you talking about?”

“Well, it’s like this:  the wholesale slaughter of fellow human beings is a colossal waste. Now if one were to put the same amount of effort improving the current state of affairs, just maybe the human race would get past the thumping and the hitting women over the head stage, you think?”

“What subject do you teach in high school?”

“Yes, I should’ve guessed. Well, thank for your intelligent input, but we don’t need any today.”

“Do-gooders, we don’t need any ‘do-gooders,’ like people who say, ‘Illegal immigrants come to America for love.’ That sort of sick pabulum. You remember Jeb Bush? What about the amnesty crowd: Hillary? We don’t need any and sure as heck don’t want any. Tell you what: what do you say we go back to the beginning, to the basic building blocks of life and start over as soon as we clean the swamp.”

“Well, for starters, we prove that Obama never did have a United States Birth Certificate (reference LTC Terry Lakin) and, second, we put Hillary in jail.”

“Maybe next time. And I’m sorry to say our time is up and so, on behalf of the crew, I would like to wish you all a goodnight: Goodnight.

“Great show, guys. ‘Hamster Attachment’ : what a bunch of malarky. I bet that guy was a sailor. Tough job, draining the swamp, but it has to be done. Burger time: my treat.”

“In the Hall of the Mountain King“