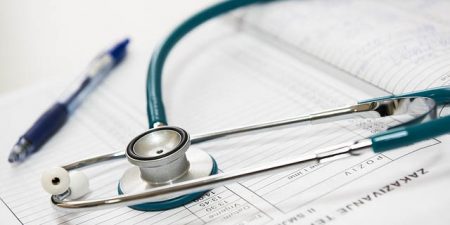 (Mar. 8, 2017) — The Republican leadership in Congress today rolled out their replacement for Obamacare. This legislation goes in the wrong direction from what President Trump promised on the campaign trail. The main reason healthcare costs are skyrocketing as quality of service diminishes is GOVERNMENT INVOLVEMENT. To correct the problem demands that government must get out of the way. The new Republican bill does not do that. it continues the myth that government must control how and where Americans buy their healthcare plans while regulating the options.

Senator Rand Paul is on the correct path in insisting on a competitive free market approach, getting government out of the process. My recent article, posted below, clearly states how this can be done. We must not let Speaker Paul Ryan and those entrenched Washington establishment Republicans fail us again through tough talk yet wrong policy!

Please contact your Senators and Representatives in Congress and demand they join Senator Rand Paul’s efforts to truly fix the U.S. health care system by getting government out of the way and let the free market system handle the needs of the people, as I have described below. The nation’s health, physically and financially, depends on it. Tom DeWeese

As the Republicans in Congress struggle to present a workable replacement to Obamacare, the solution is staring them in the face. It’s called free enterprise.

The only reason we need massive insurance programs today is because of government meddling in healthcare. It started with Medicare in which government dictated percentages it would pay for services. Insurance companies followed suit. Therefore, forcing doctors and hospitals to raise prices to make more money from those established percentages. To prove that fact, simply go to a hospital as an uninsured patient and observe how much they deduct from your final bill. Insurance would have had to pay the higher price.

Then, with the intrusion of government came the inevitable paperwork. Lots of it. Today, under the Affordable Care Act doctors and hospitals need full time staffs just to fill out the paperwork. That costs money. Eliminate it.

What’s the solution? It’s simple. Get government completely out of the healthcare industry where they don’t belong. Don’t try to write whole new policies. Let the insurance companies create policies to fit the market’s needs. Let them advertise for customers. Let them fight it out among themselves in the market place and let the customers choose which company has the policy that fits their needs.

Repeal Obamacare with no government replacement and watch how fast and creatively these insurance companies rush to the solution, just like every industry, including car insurance.

Oh, but wait. You can’t do that, say the liberals with great compassion. We have these poor who can’t afford to pay for insurance. Well, there is a solution and it’s full of compassion.

In the America of the past we had a great legacy of charity. Americans are a generous people. We used to have community funds, service clubs and churches dedicated to helping the less fortunate. What happened to them? Nearly everyone has been replaced by a government program. Instead of people helping voluntarily according to their ability and interest, they have been ruthlessly and unrelentingly taxed to the point of suffocation. As a result, they have stopped giving to charities which subsequently have disappeared.

Yet, there is still a fantastic example of human generosity, concern and caring that exists today, even in the socialist world of control. Organizations like St. Jude Children Center and the Shriners Hospital collect money from private donations and provide services free to families in need. Imagine how such programs would soar and fulfill the needs of every American if we were all simply allowed to make our own choices with our own money.

Congress, just repeal Obamacare and let the free market work for everyone. Now, let’s get on with draining the rest of the swamp!

The Solution to Healthcare Reform added on Wednesday, March 8, 2017