“EXPOSED IN ALL THEIR FURY” 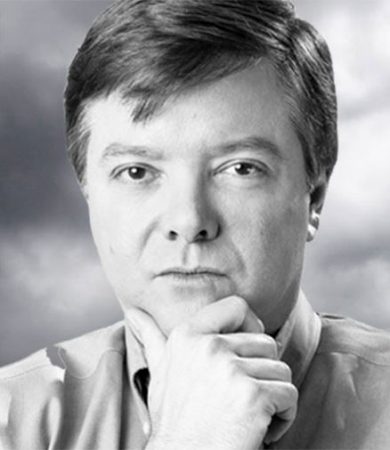 (Feb. 24, 2017) — Across the country, angry mobs of protesters are flooding town hall meetings of GOP Senators and Representatives. The liberal media is enjoying the spectacle and emphasizing the supposed grassroots anger of average Americans.

Among many issues, the attendees have been screaming about Education Secretary Betsy DeVos and her reform agenda, phony “Russian” connections to the administration, efforts to repeal and replace Obamacare, plans to dismantle onerous EPA regulations and the administration’s directive to rescind Obama’s public school mandate to accommodate transgender students.  As usual, the left cannot engage in a civil debate, so too many of these town hall protesters have made vile comments, threatened Republicans in attendance and tried to intimidate the GOP politicians hosting the meetings.

Unfortunately, it has gotten so out of control that some congressmen such as Texas Republican Louie Gohmert have been forced to cancel their town hall meetings. Gohmert said that the protesters were “from the more violent strains of the leftist ideology, some are even being paid, who are preying on public town halls to wreak havoc and threaten public safety.”  Others such as House Majority Whip Steve Scalise (R-LA) decided to utilize telephone town hall meetings to receive legitimate input from their constituents. These moves were necessary because the hostile crowds are not genuine demonstrations of popular outrage, they are manufactured protests funded by liberal organizations like MoveOn.org.

At a town hall meeting in Metairie, Louisiana on Wednesday, GOP Senator Bill Cassidy had to endure abuse from several hundred enraged activists. Frequently, he was jeered and not allowed to fully answer questions. On my Ringside Politics radio program, several attendees of the meeting reported that in the venue parking lot were plenty of vehicles with out of state license plates. Obviously, activists from outside of Louisiana converged on the town hall meeting to create a total ruckus. Sadly, their disgraceful objective was achieved.

At the Cassidy meeting, the Louisiana State Chaplain, Michael Sprague, was booed when he attempted to give the invocation. As Sprague was about to commence with the prayer, one agitated malcontent yelled, “Let’s get on with it.” Another person screamed, “Pray on your own time.” It was so bad that Senator Cassidy told a friend after the meeting that he was amazed the angry crowd “booed the name of Jesus.”

The mob also booed their country. Landon Allen, a decorated Vietnam War combat veteran with 20 years of service to his country, was interrupted as he tried to lead the group in the Pledge of Allegiance. In fact, in a social media post, Allen expressed his shock and disappointment that “the crowd would not calm down or stand for the pledge.” Allen noted that he was “blessed” to have served four tours of duty in Vietnam and that he now works with other veterans who have also made sacrifices so that town hall protesters can air grievances and “not stand for the pledge!”

Some have compared these leftist agitators to the Tea Party activists who attended rallies in 2009 and 2010. Of course, there are many differences such as the fact that Tea Party participants were not paid to attend. At Tea Party rallies, patriots waved American flags and stood for the pledge. We sang the National Anthem with pride and gave thanks to God for the freedoms we enjoy in this country.

Unlike today’s leftist mob, Tea Party supporters were respectful of others, did not curse or engage in violence. I was proud to have organized successful Tea Party events in Louisiana. We disagreed with the direction of the country under President Obama and used our 1st Amendment rights to advocate political changes. We helped elect a Republican House in 2010, a Republican Senate in 2014 and President Donald Trump in 2016.

Unfortunately, many of today’s militant leftists attending the town hall meetings are not interested in debating or even discussing the issues. They are angry that change is coming to the country. They want socialized medicine, big government, regulations and open borders to continue.

Since the election of Barack Obama as President in 2008, the Democrats have lost 42 U.S. house seats, 11 U.S. Senate seats, 900 state legislative seats and 10 state governorships. They have lost control of the Congress, state legislatures and now the presidency, so even though they don’t like it, they must realize that a massive transformation is coming to the country. It is time to “Make America Great Again!”

Instead of creating disturbances at town hall meetings, liberals should follow the Tea Party playbook and organize for the 2018 mid-term elections. Regrettably, they are acting like spoiled children, expressing their anger by cursing and making threatening comments and only hurting their own cause.

As liberals are exposed in all their fury, more Americans will come to realize that the voters made the right decision in electing Donald Trump as our nation’s 45th President.

Barbarians at the Gate: Town Halls Under Siege added on Friday, February 24, 2017