DESPITE EVIDENCE OF FORGERY PROVIDED 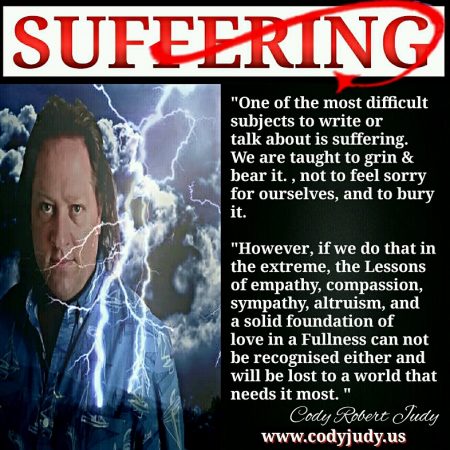 Last night I dreamed, and was told in the dream to detail in writing suffering that I’ve endured over the last eight years in running for U.S. President. That’s like a really hard assignment for me, not because it hasn’t happened in the most prominent arenas of life, but because I tend to bury it so deep. Often suffering is a reflection of the weaknesses of those around us, and so does not bode as a good report for them. We tend to put on a Happy Face and suffer so that they look great. Right? I’m sure I’m not alone in this many are the same way, but as I reflected on this there are great lessons to be learned and passed on that would be lost if we totally ditched our suffering and losses. Jesus Christ suffered for us AND WE know it. Imagine the story if that suffering were lost and wiped out? I’ll be writing more in my Post.. so stay tuned for it at www.codyjudy.blogspot.com !

It’s 1:36pm, Friday, February 24th, 2016, and I’ve just realized a couple of things. Today in the Mail I received Judge Ted Stewart’s “DENIAL” of my Motion For A Relief of Judgement that was dated February 23, 2017. I just got off of PACER and realized that my Notice for Judgement & Affidavit in Support by Plaintiff was filed by the Court the exact same day as Judge Stewart’s Order, but it’s noticed on the Docket as following the Order, rather than proceeding it.

We must assume Judge Ted Stewart did not read the 8 PAGE Affidavit in Support of the Motion. I wasn’t quite sure what day the Court would recognize the Motion as it’s signed January 26, received by the Court January 27th, and docketed January 30. You can count 30 days from each of those and get a different date.

If I count 30 days from the February 26th, I come up with Feb. 25th as the earliest and because it falls on a Saturday, the Friday before would be Feb. 24, and the Monday after would be Feb. 27th.

What that means, is Judge Stewart’s Order appearing on Feb. 23rd is premature by at least 1 day, and  four days premature if the Court allowed the Defendants three mailing days to respond to the Motion. Meaning the Defendants could have placed a Response in the mail the 30th Day – Saturday, Feb. 25th, and the Court would recognize it as a timely filed Motion being received Feb. 28th.

What’s interesting is I was in such a hurry in typing it with Feb. 24th in my mind as the Date I had to the NOTICE FOR JUDGEMENT & AFFADAVIT IN SUPPORT sent off, that I was a day ahead of myself but the Notary Public was on top of the date of Feb. 22nd, which is the only reason why it arrived the same day a Judge Stewart’s Order Feb. 23rd.

Feb. 22nd was the day I put it up on SCRIBD and my BLOG. This makes us all curious, doesn’t it? Did Judge Stewart receive a call to make the ORDER from someone, because there was nothing on Court Record asking for an ORDER and if the Court allowed 30 days for the Defendants to respond, it jumped the gun before allowing the 30 days to expire. 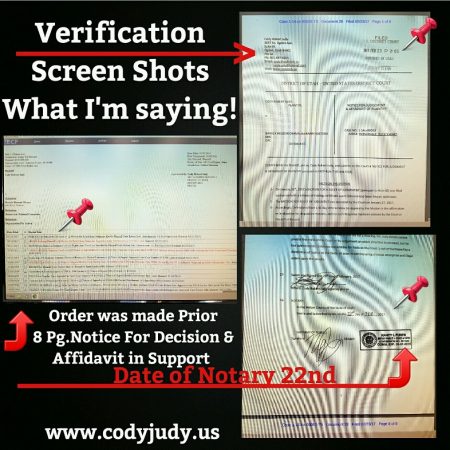 If you haven’t had the chance to read the Motion here it is for your convenience. This to my knowledge is the first time a Court has received the evidence of the COLD CASE POSSE Investigation of former Maricopa County, AZ., Sheriff Joe Arpaio’s MOTION BEFORE THE FEDERAL DISTRICT COURT (Utah Division)

A MOTION FOR A RELIEF OF JUDGEMENT or to REOPEN the Case due to the new evidence provided by a law enforcement investigation Cold Case Posse unit deputized under Sheriff Joe Arpaio of Maricopa County, AZ provided the evidence that Obama’s long-form birth certificate is a fabricated forgery, not an original, with the use of Johanna Ah’Nee’s identity birth certificate and was only recently released and available for criminal consideration by the Judicial Branch.

Here is a screen shot of the Order. 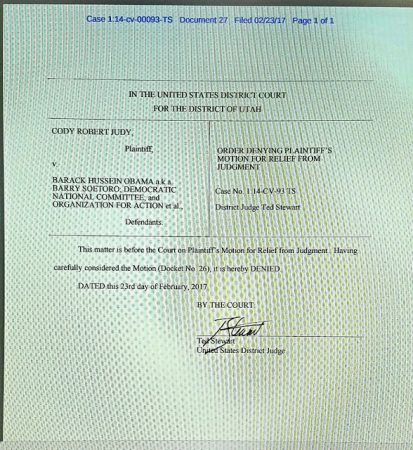