(Feb. 21, 2017) — The following letter was mailed to President Donald J. Trump on February 6, 2017 Regarding corruption and inhumane treatment alleged within Tennessee’s prisons, including those which are privately-operated.

The Post & Email will publish any response it might receive from the administration.  The subject was first raised, along with others, through the Trump transition website prior to January 20, when Trump and Vice President Mike Pence were sworn in.

As an extension of exposing the corruption within the courts, I have learned that conditions within Tennessee’s state-run and corporate-run prisons are worse than deplorable wherein inmates are often punched, tortured, put in isolation for no reason, and sexually assaulted without a proper investigation taking place. In addition, Tennessee’s secretive laws prohibit the release of documents pertaining to prison internal investigations, making it even more difficult for the public to know where their hard-earned tax dollars are going. 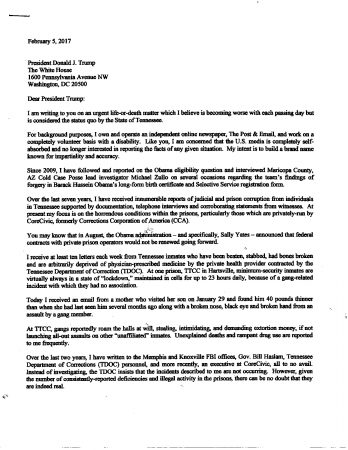 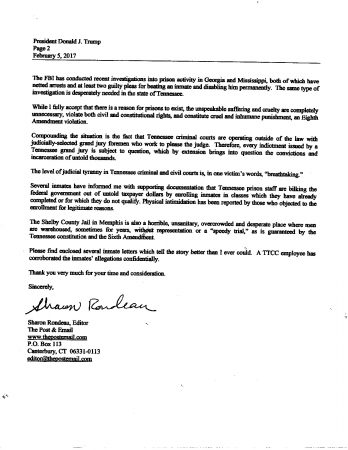