“NOTHING EVEN COMES CLOSE” 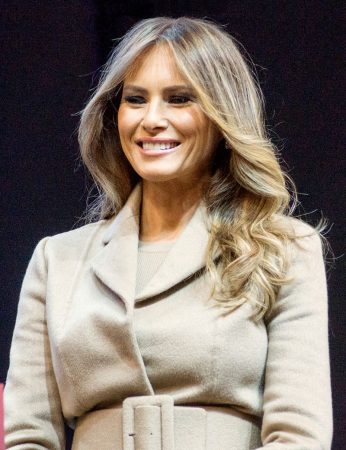 (Feb. 19, 2017) — “Good evening, ladies and gentlemen, and welcome to ‘Pulse of the Nation.’ Hello, my name is Roving Reporter and I’ll be your host for this episode of interviewing your neighbors. Look, to start, let me say that we do our best to weed out the crazies, the nuts, the crybabies, the McCain-lovers and the Trump-haters, and all the other for-real undesirables, un-redeemers and deplorables. An example of a real deplorable would be someone who voted for Hilary, someone who cried when Hillary lost, and someone who doesn’t support the idea that to ‘Make America Great Again’ is good for everybody, except, of course, the ‘Hate America and Love Sharia Law’ faction.

“As you can see, we’re back again under the awning, on the corner, across the street from the railroad station, about to intercept this young man. Excuse me, my name is Roving and I’d like to welcome you to ‘Pulse.’ Got a minute?”

“Oh, hi. Watch your show whenever you’re on. How come you’re not on every day?”

“Our publisher/editor controls our lives; that’s the reality. Remember when I was off on vacation, searching for an ex-love in Southern California? Well, Chief New Leaf took over for a spell and he told me, ‘No more of this crazy job,’ and quit. I guess that says it all.”

“The money is too darn good to pass up. I started this gig for free but now I’d be a darn fool to turn down a four-figure paycheck per episode; but enough about me. Did you happen to catch Trump’s Melbourne speech the other day, and if so what did you think of it?”

You bet. Loved it. Trump’s bypassing the mainstream media is nothing short of brilliant. He gets his message out there without all the hot air from the pundits. And that’s my train: got to run. Bye.”

“My father’s a retired astronomer and my mother’s an Astrologer, so together, they named me. Mother travels with a carnival in the summer and I used to tag along before I went to university to get my degree in Sociology. You interview my favorite Professor quite often, you know.”

“It is indeed! You know he has a summer camp where he de-programs Obots? I’m the secretary; earning extra money, as a summer job, plus I’ll get credit.”

“He makes them read all the books on the Harvard Classics reading list, is what, and when they’re all done they’re able to actually reason. One hundred percent success rate, by the way, believe it or not.”

“We believe it. I bet he’ll write a book about it.”

“Chasing the money. And here’s my train. Hey, what about that talking dog? I’m off: bye.”

“So long. The dog’s taking a break. And look who we have next, a pastor, white clerical collar and all.”

“It’s the uniform of the job, Roving. And I like your show and my dog and daughter look forward to that talking dog.”

“That’s nice. The question of the day is: did you catch Trump’s Melbourne speech and, if so, what did you think of it?” 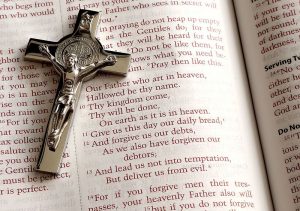 “Yes and great, but the real news; the in-your-face news, the greatest and BEST EVER since the Sermon on the Mount news, is when the wife, the Mrs. Trump, the First Lady, Melania, gave The Lord’s Prayer in opening the proceedings.

“You have your America the Beautiful; The National Anthem;the Pledge of Allegiance, but nothing, but nothing tops The Lord’s Prayer: nothing even comes close.

“So to answer your question: what did I think of it? As a message to any Muslims in our country, ‘Get the message?’ If anyone wondered what kind of country we have: a country based on Judeo and Christian values.

“It’s been a very short 30 days since Trump took the Oath to defend the Constitution from enemies both foreign and domestic, but this is what America learned in Melbourne: our First Lady acted as she had her left hand on the Bible while her right hand was raised and repeated word for word, alongside her husband, the Oath to the Constitution, as I did when I volunteered to serve in the United States military.

“So, yes, it’s only been a month but, so far, in the whole 200+ years of First Ladies, we have a winner; a Medal of Freedom choice; and the spokeswoman for women all over the world: a woman who isn’t afraid of speaking the truth, and may God Bless Her, because I sure do. And, I’m sorry, but there’s my train. Nice talking to you. Don’t forget that dog!”

“And off he goes, just as we’ve run out of time. Thank you for watching and so, on behalf of the crew, I’ll be wishing you all a goodnight: Goodnight.”

“Good show, guys. And about the First Lady? In the service the best possible score one could ever hope to get is a 4.0. I’d like to make an exception for our First Lady: for her performance in Melbourne I’d give her a SOLID 1,004.0, THE VERY FIRST EVER RECORDED. Burger time: my treat.”